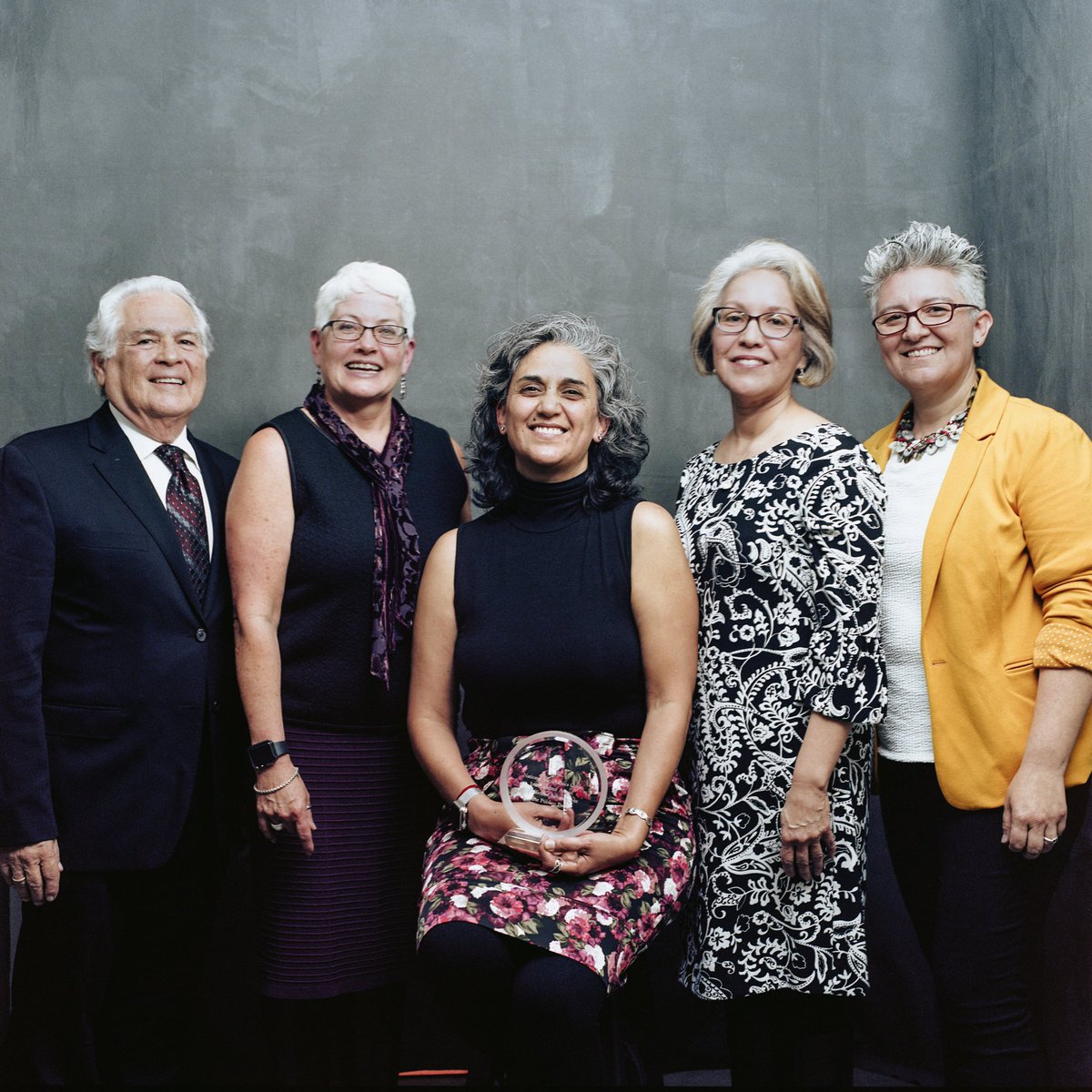 This year the Ivan Sandrof Lifetime Achievement Award was awarded, for the fourth time in 37 awards, not to a person but an institution @artepublico the oldest & largest publisher of Hispanic literature in the U.S. “Their determination to build bridges not walls…has made the U.S. a better and more inclusive place for all,” noted Sandrof chair Michael Schaub in presenting the award. The founder and staff accepted:

Nicolás Kanellos: When we founded Arte Público Press forty years ago, we envisioned it as part of the public art movement. Our books would draw from and give back to the community, reflecting its art, history and culture as well as its problems, like the muralists were doing. That is why some of our initial book covers, such as for The House on Mango Street, were commissioned to muralists.

Marina Tristan: Like the mural walls, our pages would help to make our people visible, announcing we are here, we have always been here and we have always contributed to life and culture in the United States. From the start, we were inclusive of all Latino ethnicities, religions and genders, and sought to combat stereotypes while inserting ourselves into the national identity. As we grew, the mural became a mosaic with each book becoming an individual tile in a large spectrum of varied images.

Nelly González:  Like our writers, we are mostly children of the working class, the children of citizens, of families that have been here since before the founding of the United States.

Nicolás Kanellos:  I was an assembly line worker and a shipping clerk weaving my box-laden dolly through Seventh Avenue traffic in the garment district during the 1960s. Others come from humble backgrounds, doing domestic work, farm work and other manual labor.

Carolina Villarroel: We are the people selling the morning newspaper but never appearing in it, the men and women washing dishes and waiting tables but never savoring the meals; we are among the crowds on city sidewalks who individually remain invisible, never thought of as writers and artists. It matters not that we are descendants of original settlers, intermarried with indigenous peoples and descendants of African slaves, whether immigrants from long ago or just yesterday, because no matter how long Latino families have resided in and contributed to the making of this country, we have been seen as foreigners.

Gabriela Baeza Ventura: No matter how well we spoke and wrote the King’s English, or how faithfully we reproduced the canons of American literature and culture, our books remained foreign to the mainstream press and, with a few notable exceptions, outside the scope of national awards. Now, thanks to your magnanimity, we will become more visible, recognizable as part of this grand cultural venture that is the creation and publication of books. Muchísimas gracia.