In this 2018–2019 Alan Cheuse Emerging Critics Q and A series, curated by Jonathan Leal, Emerging Critics offer short takes on big questions: What makes good criticism? How might one arrange one’s life to produce it? How do discrete critical interests relate? And if given the chance, what assignments would one pursue immediately? 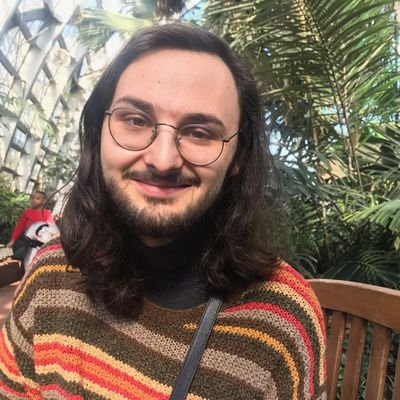 My thinking right now is in many ways shaped by the Master's program I just began at the beginning of January. I've long been interested in urban issues, particularly questions around gentrification and housing, and so it's been remarkable to get to begin studying them at a graduate level. But there's so many other pockets of my brain that I have a hard time shutting off, even when it means I can't focus on what's right in front of me— there's always a little voice in the back of my mind trying to thread the needle of the various interests I hold into some wider, cohesive narrative.

Right now, another one of my animating interests is the ever-evolving role of technology in our lives, and ways in which we can hopefully reimagine some better form of the Internet to enhance the quality of human and non-human life. Though these investigations will quite often run on parallel tracks for some time before I'm able to synthesize, there's just something that I've always found so captivating in the moment when my brain finally snaps all of the disparate pieces together, when I feel I may be onto something novel that can propel further inquiry. But as of now, I feel like I'm hovering around the edges of that kind of synthesizing moment, and it's a real thrill contemplating what new aesthetic experience will ultimately bring it all into focus.

For me, I look to critics that express a profound and unrelenting drive toward the satisfaction of a sense of curiosity. An active mind is one that can only feel a temporary satisfaction as some nagging question is finally answered… until the pursuit of that first question creates its own new set of inquiries that lead, fractal-like, into a million possible new directions. I know very few writers who are able to transmit that unrelenting urge to know and to understand some burning question to their readers, and when I find it, I'm always floored by what it's like to be inside of their mental map. One person who's been a constant inspiration in the recent past is Hanif Abdurraquib, whose 2017 book They Can't Kill Us Until They Kill Us is my favorite essay collection this side of Ellen Willis. There's a generosity at play in Abdurraquib's writing that's heartbreaking and refreshing all at once: everything he writes is imbued with the richness and heartbreak of living a life colored by loss and mourning, and yet carried along by the artists and people that help us find ourselves and a renewed desire to live on, day by day.

A good question. Right now I'm struggling a lot with the confusion of living to write and writing to live. There's something so jarring about reaching a point when freelance writing becomes your bread-and-butter to pay the bills: it's at once a dream made real, and yet it stifles some of the initial joy that I felt around writing as a purely aesthetic/emotional experience. So while writing remains central to my creative and emotional landscape, most notably in the daily journal that I've maintained for over four years, I actually look to other creative pursuits that aren't writing or criticism for an outlet. It's all very amateurish, but I like to do a lot of collage and embroidery, to take my mind off of words and place myself purely in the realm of free association, images, and a sense of tactility. Nothing profound, I know, but I need that to make the return to writing consequential once more.

Starting this new Master's program has been a challenge in that it's forcing me to recognize how unorganized I've generally been since graduating in 2017. It's not that I'm incapable of getting a lot done once I'm in the right headspace, but instead, I'm a bit paralyzed by the fact that I now need to make as much money as I had previously while devoting at least half of my week to schoolwork. For the moment, I'm trying to take things very day-by-day: knowing that, no matter what, I'll have something that I need to be doing keeps me going. That's actually made it much easier with schoolwork, especially because most of the work is reading. I don't need an excuse to pick up a book, and so whenever I hit a wall with other things I'm working on, switching tracks and curling up with a book and my cat is enough to get my mind moving again and thinking about the things I want to be thinking about.

It'd be something like this: later this year, Holly Herndon, an experimental electronic musician, will be releasing a new album featuring contributions made by an AI named “Spawn” that Herndon co-developed over the span of two years. When I first listened to the album, at one point, I was left sobbing, overpowered not only by the beauty of the music but by the implications of Herndon's work and her effort to demystify AI and its potential impact on our lives. Soon, I'm hoping to travel to Berlin to interview Herndon about the project because I think it really matters—not only to me personally, but also to the world that we live in. I want to give it the time and space it deserves.

Tanner Howard is a freelance journalist and Master's student in Urban Planning and Policy at the University of Illinois-Chicago. They write primarily about housing issues, queer culture, and Chicago history, with clips in the Guardian, Columbia Journalism Review, CityLab, and elsewhere.