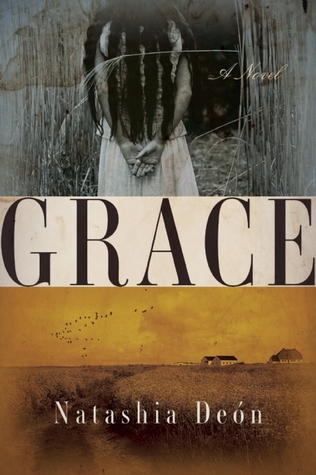 In November, National Book Critics Circle members will begin nominating and voting for the fourth John Leonard award for first book in any genre. In the run-up to the first round of voting, we'll be posting a series of #NBCCLeonard blog essays on promising first books. The eighth in our series is NBCC member Elizabeth Rosner on Natashia Deon's Grace (Counterpoint).

This remarkable debut novel examines the complex terrain of slavery and its reverberating damage to body, mind and spirit — damage that gets passed from generation to generation. In a narrative as excruciating as it is exquisite, Grace takes a magnifying glass to the violence and dehumanization of racism in its extremity, vividly demonstrating how the legacy of torture and terror remains with all of us to this day.

Author Natashia Deon explains: “As a country, we haven't been out of slavery for as long as we were in it. It was hundreds of years and millions of victims…. So when seemingly ‘awake’ and smart people ask, ‘Do we need to talk about slavery still?’ I think, look around you. Most of us have never appreciated the severity and length of the devastation here.”

While Grace contains unmistakable echoes of Toni Morrison’s novel Beloved as well as the true story of Solomon Northup depicted in Twelve Years a Slave, it is fiercely original in its own transcendent voice, structure and temperament. The story of teenage slave Naomi and her daughter Josey oscillates back and forth between time frames (pre- and post-Civil War), and settings (Alabama and Georgia). Within this deftly interwoven structure, Deon exposes the tenacious and even death-defying bonds of mother-daughter love.

In one of many intricate “relationship” scenes, we read this: “Your momma had the strong to give birth to you, to raise you, to put the strength inside you to do something she never could,” Naomi says to the embittered yet heroic Jewish brothel owner named Cynthia. “Maybe she couldn’t be your strong. In the end, you saved yourself.”

Grace covers brutal and yet uplifting territory, hidden corners of the past that demand our conscious attention and illumination. Sometimes only a novelist can provide the key to recognizing that a transition from the crimes of slavery to the redemption of emancipation takes much more than one lifetime. Thanks to Deon’s soul-baring vision, readers are privileged to witness the semi-permeable borderland between life and afterlife, bondage and freedom.

Elizabeth Rosner's most recent novel “Electric City” was named among the best books of 2014 by NPR. Her previous novels “Blue Nude” and “The Speed of Light” were both highly acclaimed national bestsellers. Along with writing poetry and essays, she is a frequent reviewer for the San Francisco Chronicle. Rosner lives in Berkeley, CA, and is working on a book of nonfiction entitled “Survivor Cafe,” to be published in 2017.