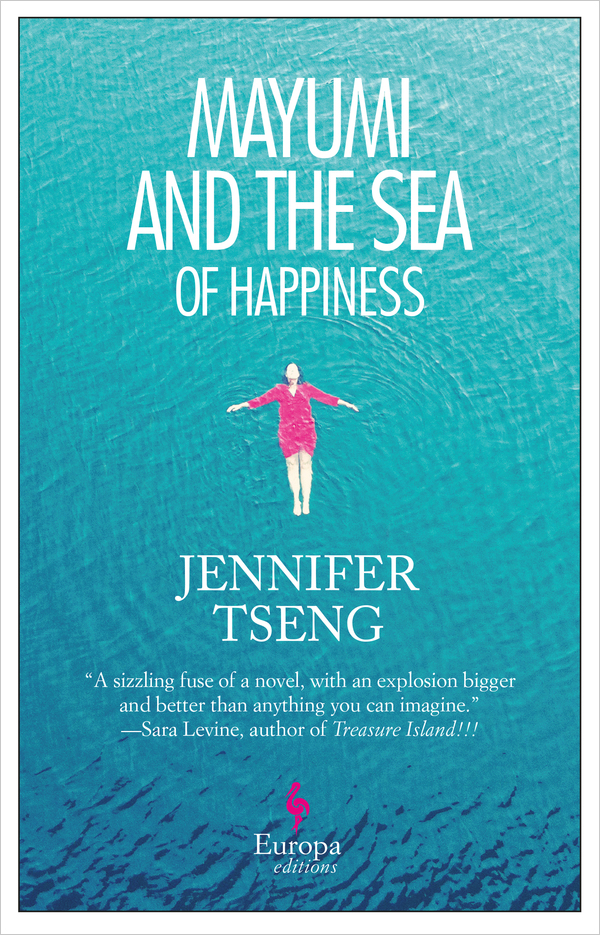 In November, National Book Critics Circle members will begin nominating and voting for the fourth John Leonard award for first book in any genre. In the run-up to the first round of voting, we'll be posting a series of #NBCCLeonard Picks blog essays on promising first books.  The seventh in our series is NBCC member Edie Meidav on Jennifer Tseng's Mayumi and the Sea of Happiness (Europa Editions, April 2016).

Can we call this the golden era of bastard offspring? To consider merely two illicit parents: consider the great spate of recent novels singing of the influence of Ellison coupled with Nabokov, both coming out of the polyphony of Notes from the Underground: The Sympathizer, The Sell-Out, White Tiger, The Woman Upstairs, Notes from a Scandal. If in The Sympathizer, Nguyen complicates any easy history of Vietnam, his first-person narrator just as seductive as Humbert Humbert in making us morally complicit, in The Sell-Out, Beatty sings the truth of America both underground and above-ground, and by counting on our sympathy and horror, makes us partners in crime. White Tiger, from a few years back, owes a similar debt to Ellison, as well as Narayan, while giving us a morally suspect yet wholly understandable narrator, while The Woman Upstairs and Notes from a Scandal both bear the despondent, criminal candor of a woman kept underground. And if we look beyond these new granddaddies, Ellison and Nabokov, we find a general glee in heirs of the great transgressives: just consider recent releases of Berlin, Ferrante, Mitchell S. Jackson, Sumell, Yuknavitch, all love-children of those who long ago reconfigured writing as bad behavior.

Among many debut writers who made our recent bastard lovechild sensibility so alive this last year, consider taking a look at Jennifer Tseng's Mayumi and the Sea of Happiness, a Nabokovian novel in its premise so long as you might  imagine Nabokov waxing lyrical but streamlined. The female Humbert of Mayumi makes us complicit with a transgressor. As with all the work cited here, we leave questioning our own moral categories, and all the richer in empathy and vision. Reader, is there any greater act that literature can accomplish?