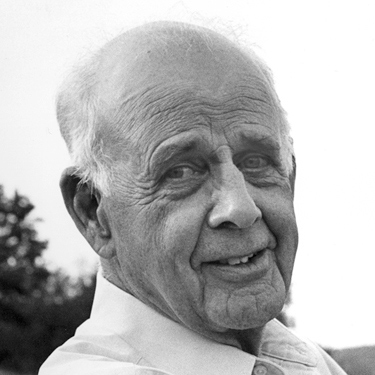 From the Periphery to the Center

When I learned that this award for my life’s work as a writer, so far, would require a little more writing, I began of course to worry about what to say. I thought I would that I am grateful, which I certainly am. I thought I would say I am as grateful as I am surprised, which would enlarge and intensify my thanks. I thought I would say that critics, who help us to enjoy books and to converse intelligently about them, are necessary to the life of reading and so to the survival of civilization. And I thought I should acknowledge my assumption that the literary judgment even of book critics can be wrong, and that my lifetime of writing is by no means singularly worthy of recognition. So much, I thought, would fulfill my two grandmothers’ expectations of decent manners, and so would let me off, as they might have said, with a lick and a promise.

And then I remembered a long-ago review of one of my books along with a book by my friend and ally Wes Jackson. The reviewer said that our two books, one by a rural Kentuckian, another by a rural Kansan, represented an effort by the periphery to speak to the center. “The center,” as I understood it, designated the great urban headquarters of national culture, finance, and politics — “the periphery,” then, being the country itself, the farms, forests, and mines, from which the nation lives, but of which the nation is largely ignorant, which it has too often used wastefully and with small thanks to the people who have done the fundamental work. One reason for the periphery to speak to the center is that it is wrong, because impossible, to divide urban and rural problems into two separate categories. Between country and city the economic interdependence is intimate, whether or not this is recognized by economists. Also many city problems have their origin in the country, and vice versa. Those thoughts settled my mind and forced me to abandon my hope to escape this occasion with an easy politeness.

My writing for fifty or sixty years has been given to regret for the manifold abuses of our economic landscapes, and so to advocacy for kindly treatment of all the lives involved in what Aldo Leopold called “the land community.” If this award to my work signifies it has been read and somewhat approved by literate and thoughtful people of the center, that goes palpably to my heart, and adds a substantial gravity to my thanks. Now I must thank you for encouraging me and my allies to hope that what we have known to be a mostly unheeded appeal from the periphery might at last become half of an actual conversation with the center.