In the days leading up to the March 17 announcement of the 2015 NBCC award winners, Critical Mass highlights the thirty finalists. Today, in the 30th review, NBCC board member Karen Long on Paul Beatty’s The Sellout (Farrar, Straus and Giroux). 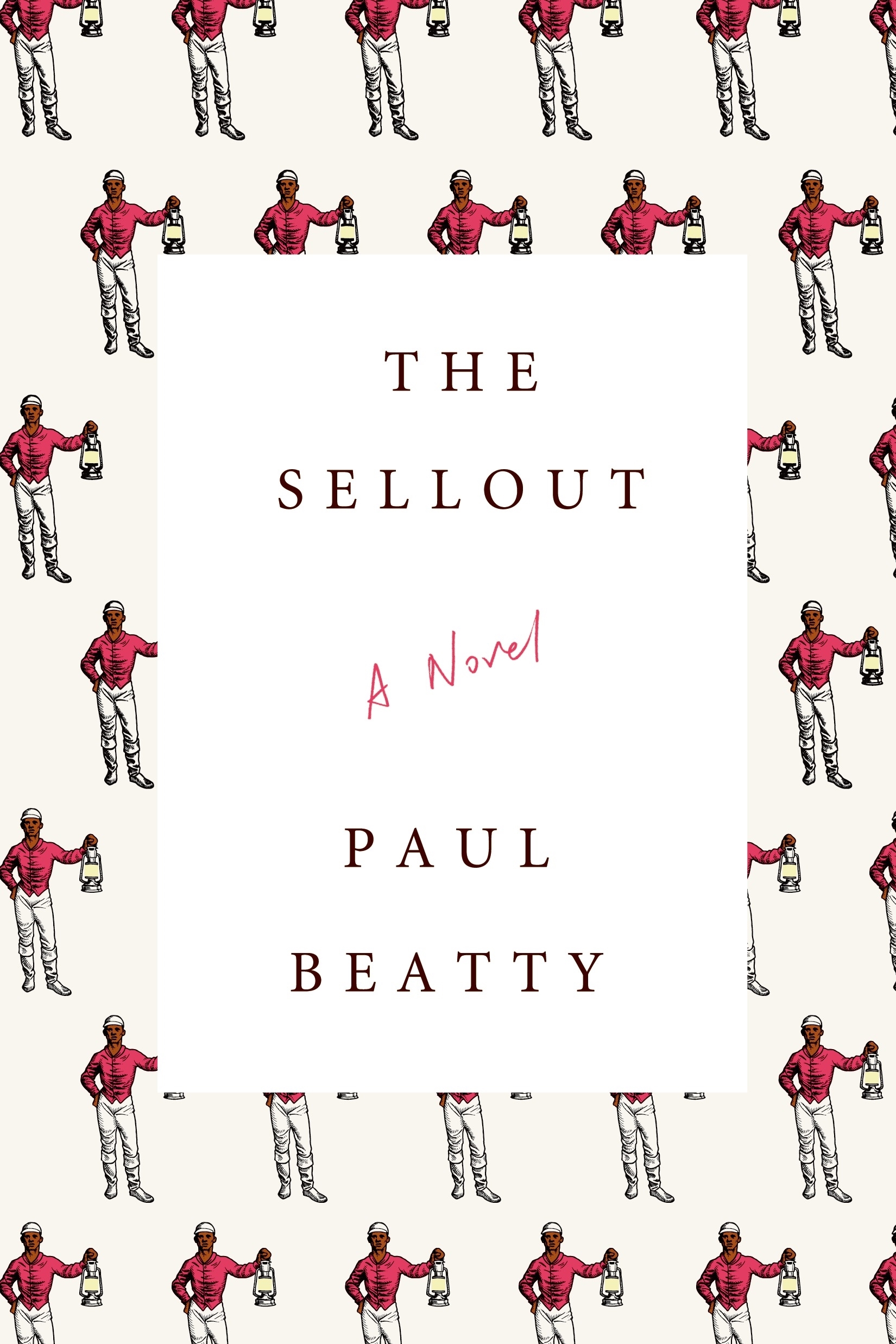 Try reading the first paragraph of The Sellout aloud. Better still, in public. It begins “This may be hard to believe, coming from a black man, but I’ve never stolen anything” and it ends describing our narrator handcuffed and sitting on “a thickly padded chair that, much like this country, isn’t quite as comfortable as it looks.”

As the poet Kevin Young points out in The New York Times, this bit “takes the beginning of Ellison’s Invisible Man’(‘I am an invisible man. No, not some spook . . .’) and spoofs it beyond belief.” Indeed, the satire of Paul Beatty corkscrews its reader into one stunning contortion after another, until it feels as if every social construct is splayed and strangled, caught like a codfish in the reader’s own horrified throat.

“Horrifying” is one of my margin notes. So is “outrageous,” “incendiary” and “tour de force.” The vehicle delivering this is the dazzling voice of the narrator, raised in a neglected “agrarian ghetto” on the outskirts of Los Angeles where he grows prize watermelon and omnipotent marijuana. (After he passes a blunt to a group of surfers, “shaggy, aboriginal, blond-haired white boys, damn near as dark as you,” one says: “Incredible bud, dude. Where’d you get this shit?” Answer: “I know some Dutch coffee shop owners.”)

In this way Beatty serves cake and eats it: confirming and blowing up an expectation in the same sentence, pretty much sentence by sentence. The protagonist’s father treats his son as a life-long demented experiment; he is known as “The Sellout!” during roll call of the Dum Dum Donut Intellectuals, where our narrator scarfs down a “batch of Oreo cookies.”

California plays the bass line in this painful music; here is one passage I marked tour de force: “If places like Sedona, Arizona, have energy vortexes, mystical holy lands were visitors experience rejuvenation and spiritual awakenings, Los Angeles must have racism vortexes. Spots where visitors experience deep feelings of melancholy and ethnic worthlessness. Places like the breakdown lane on the Foothill Freeway, where Rodney King’s life, and in a sense America and its haughty notions of fair play, began their downward spirals. Racial vortices like the intersection of Florence and Normandie, where misbegotten trucker Reginald Denny caught a cinder block, a forty-ounce, and fucking centuries of frustration in the face. Chavez Ravine, where a generations-old Mexican American neighborhood was torn down, its residents forcibly removed, beaten, and left uncompensated to make room for a baseball stadium with ample parking and the Dodger Dog. Seventh Street, between Mesa and Centre, is the vortex where in 1942 a long line of buses idled as Japanese-Americans began the first step toward mass incarceration.”

Taking a page from Dave Chappelle, our narrator decides the solution lies in racially segregating the local middle school and reinstituting slavery on his own spread. The weird and terrible thing: it goes well.  The novelist Mat Johnson praised  The Sellout, telling the New York Times:  “Hordes on Twitter spend all day arguing and denouncing each other over perceived identity slights, racial or otherwise. Beatty’s work is a beautiful reminder that sometimes you can say more by laughing at yourself than by screaming at everyone else.”

Maybe so. But if a joke is “the truth that’s gone out and got drunk,” this brilliant novel makes a case for Carrie Nation, looking for an ax to sober the place up.

Paul Beatty reading at Politics and Prose (on YouTube) .

Karen R. Long manages the Anisfield-Wolf Book Awards for the Cleveland Foundation. She is the former book editor of the Cleveland The Plain Deale