Shortly after the NBCC announced that Kathryn Schulz won the Nona Balakian Citation for Excellence in Reviewing, she accepted a job as book editor at New York magazine. NBCC board member and Balakian chair Carolyn Kellogg tracked her down to answer a few questions, in the course of which Schulz gave a shout-out to fellow Balakian winner and former New York magazine book editor Sam Anderson. Read on…. 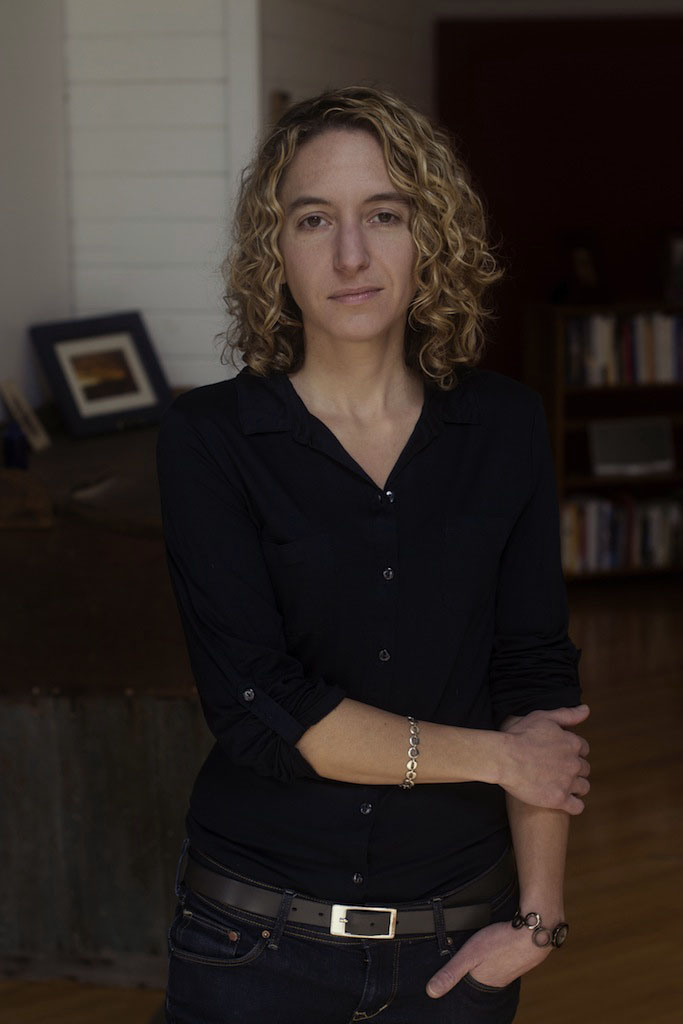 Q. In 2010, you published the nonfiction book “Being Wrong: Adventures in the Margin of Error.” Can a book critics be wrong? What are the rewards, or risks?

A. Well, authors certainly think so! Which is to say that smart, thoughtful, well-read people can disagree with one another’s taste in literature; in fact, we do so all the time. Moreover, we can (and probably should) disagree with our own taste in literature, at least occasionally. There are books I used to dismiss that I later came to love, and, conversely, books I used to adore that these days make me cringe.

So the real answer is: it depends on what you mean by “wrong.” I recently listened to a speech by Nabokov in which, in one rather breathtaking sentence, he dismisses “Mann’s asinine Death in Venice,” “Pasternak’s melodramatic, vilely written Doctor Zhivago,” and—here’s the one that really kills me—“Faulkner’s corncobby chronicles.” I love Nabokov, but I think he’s dead wrong about all three of those. On the other hand, I also think that “right” and “wrong” aren’t the relevant metrics for aesthetic matters. Those two sentences don’t make any sense back to back, yet most of us live very comfortably with the contradiction. In theory, we understand that there’s no right and wrong in matters of taste; indeed, that’s what distinguishes them from matters of fact. In practice, we often act like our literary judgments reflect objective truths about the world. What does that idiot Vladimir know about books, anyway?

In fact, it’s very hard not to act this way. As John Updike once pointed out, the trouble with writing book reviews is that it is “almost impossible to … avoid the tone of being wonderfully right.” To be honest, I’m not sure that’s a problem, partly because I assume readers are smart enough to understand that criticism is a subjective exercise, but mostly because I believe we should be non-neutral about literature—should, in fact, be as passionate about it as possible. I do think, though, that critics are obliged to do the opposite of that old idiom: we do have to account for our taste—to explain with as much precision as possible why we respond to a book the way we do

Q. Tell us a little bit about your history. You've been a journalist and editor…

A. I have, yes, although when I’m working as a journalist I always feel radically under-qualified as compared to my colleagues, and when I’m working as an editor—which I love, and find comparatively soothing and easy—I feel like I’m somehow dodging my real work. On balance, I seem to be best off either writing books or writing about them.

So it’s apt—although probably purely coincidental—that my first piece of professional writing was a book review. Just after I graduated from college, an editor at the now sadly defunct Feed Magazine asked me to review a collection of letters between Eleanor Roosevelt and Lorena Hickok, her let’s-assume-lover. My chief memory of the experience is that I took the galley with me on a backpacking trip (mostly because I was so thrilled to have an advance copy of a book: my first) and then spent the entire time trying to steal my sister-in-law’s book, Carl Hiassen’s Sick Puppy. There is a moral in there somewhere.

A few years later, I moved to South America and took my first real writing job, for an English-language newspaper based in Santiago, Chile. Actually, “real” might be a stretch; it was a dreadful job in almost every imaginable respect, but I learned a lot, and traveled constantly, and did enough writing on the side that it somehow seemed non-insane, a year or so later, to move to New York and try to make it as a freelance writer. In the end I suppose I did, but I doubt I would have survived those first few years if I hadn’t had a day job editing the online environmental magazine Grist—where I worked, albeit for ever-diminishing hours, until I left in 2006 to write my book.

Q. Now you're the book critic for New York Magazine. [If this is full-time] What does the shift into criticism mean for your work, or the kind of ideas you can dig into and explore? [If it isn't full-time] How do you hope to focus the coverage moving forward?

A. I’ll be writing long monthly pieces instead of the shorter, more frequent ones the magazine ran in the past, and to some extent, that fact alone will shape the coverage. I’m sure there will be times when I’m so worked up about a single book that it takes over the entire review, but in general I suspect I’ll use a book or set of books as a way to write about larger literary or cultural issues.

Beyond that, though, to be honest, I hope not to focus the coverage. In fact, if anything, I’d like to unfocus it a bit, in several senses. First, I take seriously the criticism that reviewers neglect works by women and people of color, as well as works from independent publishers and lesser-known authors, and I hope not to perpetuate that problem. Second, one of the things that awes and delights me about literary culture is the sheer range of stuff out there—including really interesting, excellent work on obscure subjects, or by obscure authors—and part of what I hope to bring to this job is my own excitement about exploring that. It seems to me that one of the great things about covering books is that it’s among the least intellectually restrictive mandates imaginable, and I feel incredibly fortunate to have editors who share that view.

Q. What do you see as the role of book criticism in our current multimedia moment and the future?

A. You know, I’m basically an optimist about the future of books and book coverage. That’s not to say I think that books as we presently know them are some kind of immutable, invincible entity; they aren’t, of course, in either form or content, but I see no reason to think that the changes we see will be largely bad. As for criticism: it’s true that many newspapers have downsized or axed their book coverage, but if you’re looking to the behavior of newspapers to understand the future of media, you’re probably looking in the wrong place, or at least not in enough places. And, interestingly, we’re now seeing something of the opposite trend emerge: NPR and the Wall Street Journal have recently expanded their books coverage, Slate just launched a once-a-month, weekend-long, site-wide book section; B&N stores might be tanking but the B&N Review is going strong, and…oh, heck, the Rumpus, the Millions, the Los Angeles Review of Books—I could go on and on.

With that happy Panglossian gloss out of my system, I will confess that there are cultural trends affecting the way we read and write that worry me. Above all, I fret about the many forces that diminish attention span and reward skimming and shallow reading. Those really do pain me, especially when I detect them in myself. There’s a nice passage in Geoff Dyer’s new book, Zona, where he speculates about what you lose, as an individual or a culture, when you no longer have the stamina to read Henry James. To me, what’s scariest about that loss is that it is, in the literal sense, immeasurable: if you didn’t read it, you have no way of knowing what you’re missing. It makes me think of that new acronym, TL;DR—“too long, didn’t read”—which I confess makes me want to throw breakable objects at my computer screen. Aside from being impatient and anti-intellectual, it’s flatly illogical. If you didn’t read it, how do you know it’s too long?

Q.Your review of Anthony Shadid's memoir “House of Stone,” published just weeks after he died in Syria, was both eloquent and moving. What were the challenges for you? Does a good review require a significant degree of investment from the critic?

A.Oh, yeah, absolutely. Like any working writer, I’ve sometime had to tackle subjects that don’t particularly interest me (the Chilean fishmeal industry comes to mind), but I don’t enjoy it, and I’m not very good at it. And when it comes to reviewing, I don’t think it’s fair—or fun, or worthwhile—to write about a book if your main feeling toward it is indifference. (I don’t think the same goes for reading, by the way. I’m pretty indifferent to, say, chalk, but I’m delighted to read John McPhee on the subject.) In fact, one of the reasons I love reviewing is that I feel like I can write from, as it were, the inside out. Archimedes famously said of levers that if you gave him a place to stand, he could move the world. As a writer, my Archimedean point is inside; I need to find the thing in me that connects to a book or an idea in order to be able to really write about it.

In that sense, House of Stone was easy to review, because I felt a powerful connection to the book—partly on its own merits and partly because of the tragic backstory, a complicated combination that I tried to address some in the piece. I’d followed Anthony Shadid’s work for a long time, I care deeply about the region he wrote about, and (and here is an example of how writing can get intensely personal in ways that are ultimately invisible to readers), I have very dear friends who live and work in combat zones and other anarchic places. So the whole thing hit scarily close to home.

So the connection, the desire to write about the book—that came easy. The challenges (beyond the fact that writing is always challenging) were purely circumstances. House of Stone was originally scheduled for publication in late March. On Feb. 24, with the book sitting unopened on my desk, I learned that the date had been moved up to Feb. 28. I was on deadline for a different piece, and I thought: No way. There is zero chance I’m going to have time to read this and write something about it in the next four days. But it kept nagging at me, and I finally picked it up and started reading. I think I stopped once, to email my editor and commit to writing the piece. So then there I am the next day, on double deadline, completely overwhelmed and thinking that my first piece for New York is going to be terrible because I’ve made this dumb decision, and I happen to mention all this to Sam Anderson—who, incidentally, won this award before I did, had the New York Magazine job before I did, and moved to my small Hudson Valley town before I did. (For my next act, I’m adopting his children.) Sam said something very sage, which is that in an ideal world, we’d do all of our writing out of a sense of urgently needing to say something, circumstances of all sorts be damned. I really can’t argue with that.