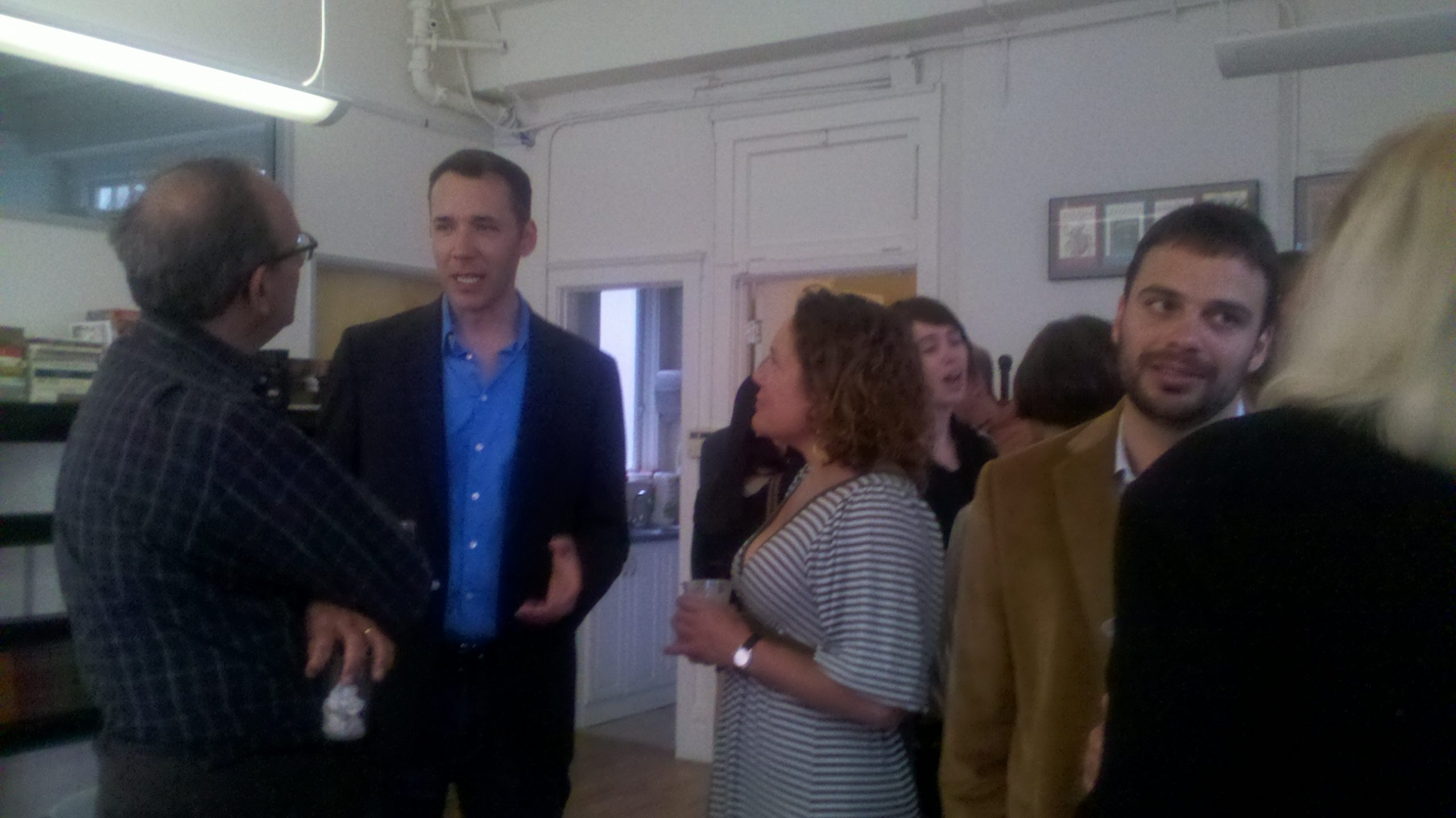 Wednesday night was seasonally cold and foggy in San Francisco, but the National Book Critics Circle party I co-hosted with fellow NBCC board member Oscar Villalon at Zyzzyva's new offices on Geary Street, across from the American Conservatory Theater and the Clift Hotel, was warmed by book talk, book news, and a cocktail concocted by the three UC Berkeley-based Zyzzyva interns–Cristobal McKinney, Andrew David King, and Alex Bigman–out of Root, a root-beer based liqueur, cream soda and lime juice.(We had Sonoma County chardonnay, as well.)

Stacey Lewis was there from City Lights, which hosted the National Book Critics Circle finalists' announcement a few years back,  bringing news that NBCC Sandrof lifetime achievement award winning poet Lawrence Ferlingetti was giving a rare public reading with Gary Snyder on November 7 to benefit San Francisco State's Poetry Center.  San Francisco Chronicle book editor John McMurtrie caught up with some of his reviewers, including NBCC member Carmela Ciuraru. She was in from New York, on her first visit to San Francisco, touring for her book Nom de Plume, and preparing for a Zyzzyva-sponsored event the following evening–a Q and A with Oscar V, who is Zyzzyva's Managing Editor.

Zyzzyva editor Laura Cogan showed off the design of the upcoming issue, due out later this month, the first for the new team, with a new design and new broader West Coast focus (their blog includes book reviews, some by NBCC members, including Jacob Silverman). And the winter issue includes work from NBCC poetry winner Troy Jollimore and long time NBCC member Floyd Skloot. Author Michael David Lukas (The Oracle of Stamboul) was at the Squaw Valley Community of Writers the night before, doing an alumni reading, and just taught a week at Mendocino Coast Writers Workshop. He brought his friend Reese Kwon, who writes for The Rumpus.

Meg Pokrass and Frances Lefkowitz were gearing up to read flash fiction on Saturday at Copperfield's in Petaluma (with NBCC Balakian winner/fiction writer Molly Giles et moi), Prolific reviewer Meredith Maran was excited about her first novel, A Theory of Small Earthquakes, coming out on Valentine's Day, a nonfiction book in the works called Why We Write, which she says grew directly out of her work as a reviewer (interviewees include NBCC fiction winner Jennifer Egan and Isabel Allende), and her first review in the Boston Globe. Mystery writer Susan Shea was over from Sausalito. Longtime Bay Area newspaperman Paul Wilner (Monterey County Weekly editor, San Francisco Chronicle Style Section editor, Image Magazine editor and on and on, plus an occasional Critical Mass contributor) is now Journalism Coordinator at San Francisco's Academy of Art University.

Holly Jones, who's just relocated from Washington, D.C., where she cofounded 826DC, the DC branch of Dave Eggers's 826, has started spending her writing days at The Grotto and has been renting the house of Squaw Valley co-founder/author Oakley Hall (mentor to NBCC fiction honorees Amy Tan and Richard Ford, among others) and his widow Barbara Hall on Macondray Lane, site of many a legendary San Francisco literary gathering. We raised a glass to Oakley and Barbara, and to Squaw Valley co-founder Blair Fuller, who died this month. Abigail Licad, one of the books editors for Hyphen Magazine, was excited to have had one of her reviews chosen for the NBCC's weekly featured “Powell's Review-a-Day.”

Ethan Nosowsky, editor at large for Graywolf Press, had news that Mark Slouka had just been announced as the first recipient of the PEN Award for the Art of the Essay in five years (the PEN/Diamondstein-Spielvogel Award). (Runners up included NBCC criticism finalist Elif Batuman's The Possessed and NBCC criticism winner Alex Ross's Listen to This. Multiple NBCC award winner William Gass was one of three judges.) And Graywolf is publishing a collection of poetry by Liu Xiaobo, the 2010 Nobel Peace Prize winner, in April 2012. Alas, the Chinese dissident is still imprisoned, and unlikely to come to the U.S. anytime soon (wish he could be at PEN World Voices Festival; PEN American Center championed his cause and lobbied hard for that Nobel). 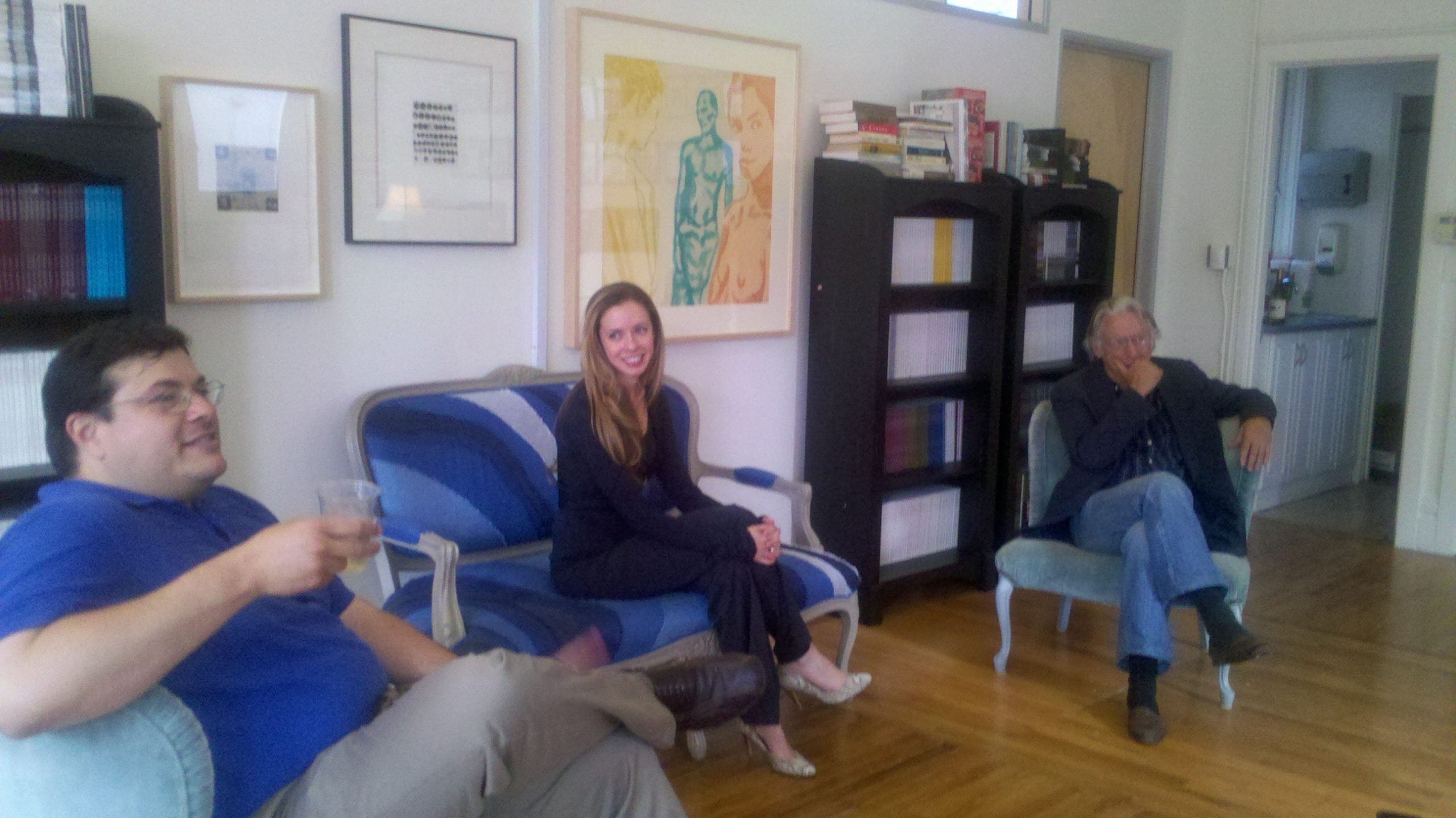 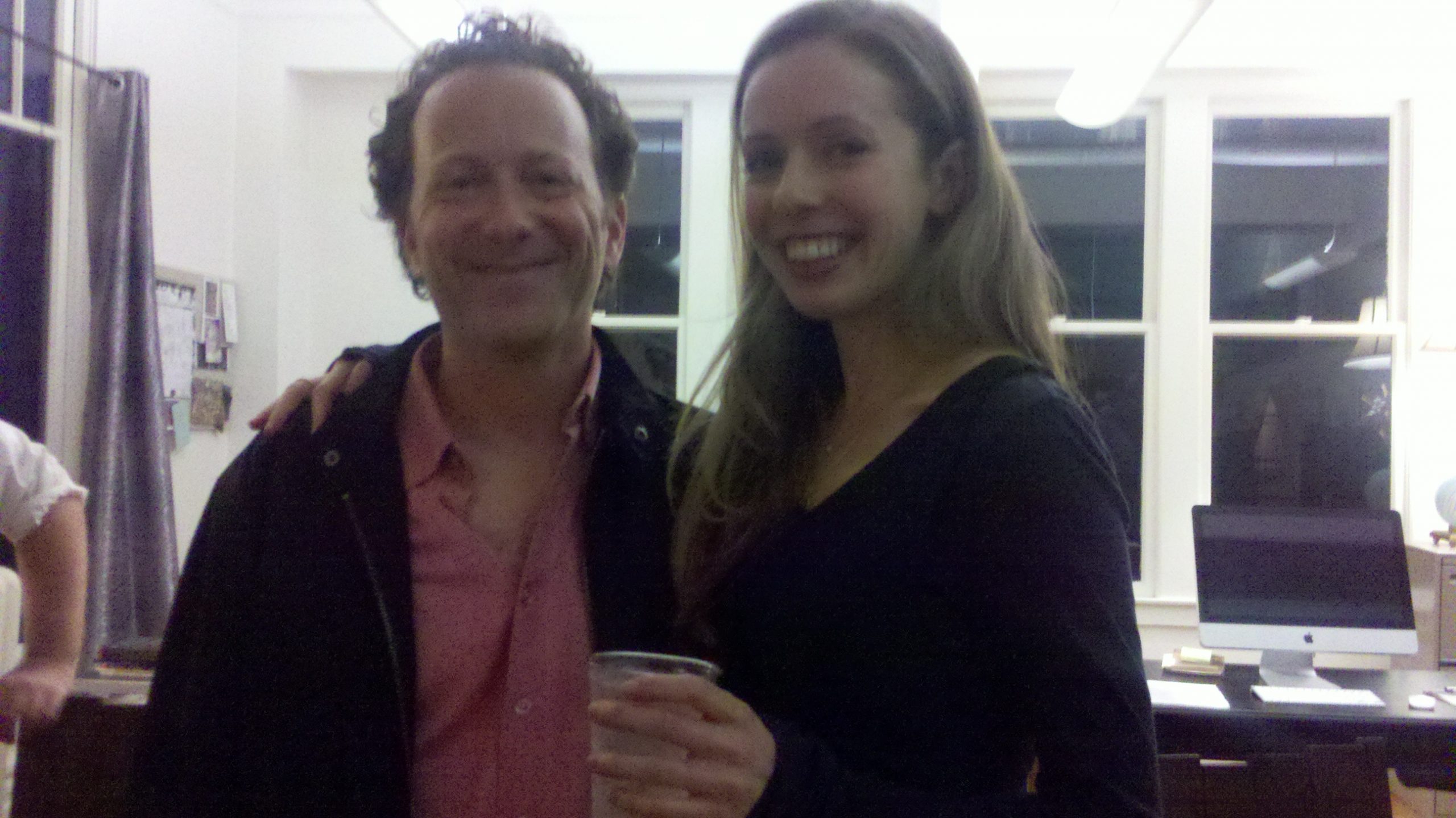