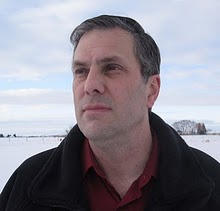 I once heard someone say that Lewis Nordan is the one writer who makes him laugh out loud. He went on to tell me of the time he was reading Music of the Swamp, the Mississippi author’s novel-in-stories, on a crowded airplane. “The chuckles turned to giggles, the giggles became gales of laughter, and then, tears streaming down my face, I lost complete control of myself.”

Nordan is, indeed, infectious. To test my friend’s theory, I bought one of Nordan's novels in an airport bookstore. I should have known better. We were flying over Indiana when the flight attendant told me that if I didn’t quiet down, she would have to take away my book. The rest of the passengers broke into spontaneous applause.

Nordan writes of a mythic, hilarious world of swamp elves, singing llamas, and the world’s only high school where students can letter in the varsity sport of arrow-catching.

There is not a bad Nordan novel or collection of short stories, but my favorite is my first: the aforementioned Music of the Swamp, which centers around young Sugar Mecklin and the time he has growing up on the Mississippi Delta.  Here's a taste of Nordan's off-kilter humor, from the story “The Cellar of Runt Conroy”:

There was a passel of Conroy children, all red-haired and sunken-cheeked. I was never really sure how many. There were the twin girls, Cloyce and Joyce, children who spoke in unison. There was a misfit child named Jeff Davis who believed his pillow was on fire. And, of course, there was the boy near my age, Roy Dale, and a very young child, about four, named Douglas, whose only ambition when he grew up was to become an apple.

David Abrams blogs at The Quivering Pen: http://www.davidabramsbooks.blogspot.com He is a novelist, short story writer, reviewer, and book evangelist. His stories and essays have appeared in Esquire, Narrative, Glimmer Train Stories and Connecticut Review, among others.