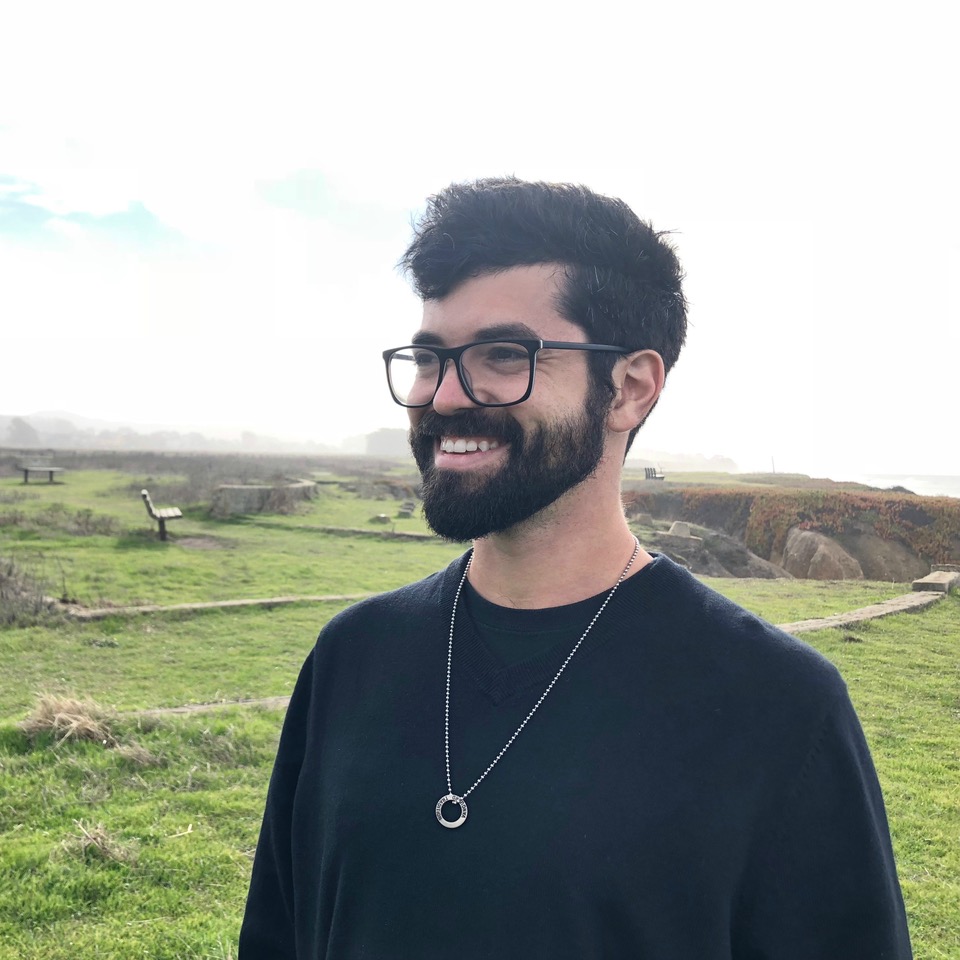 These last few years as a graduate student, the broader threads—music practice, literary thinking, cultural history, racial formation, border matters—have formed a quirky weave. Some efforts have coalesced into academic work, including a longstanding passion project on bebop’s legacies in postwar America; others into essays on the Rio Grande Valley (skate culture, grunge, literary representations, local creativity); others into music education and sound design in the Bay Area; and still others into collaborations with producer-documentarian Charlie Vela, whose work with many South Texas artists is bringing important recognition to a routinely maligned and instrumentalized border region. (Seriously; check him out with Andres Sanchez: “BLASST  #72.”)

Through it all, some of the fundamental questions have been: who has the means to self-represent? Who isn’t in the room? What can the arts do to empower those who, as Ruth Wilson Gilmore has put it, are subject to “the state-sanctioned or extralegal production and exploitation of group-differentiated vulnerability to premature death” (Golden Gulag 28)? What stories are subordinated by the ones so often told?

In ideal conditions: I’d say good criticism is cartographic. It maps a variety of dynamic, intersecting terrains, charting their peaks and valleys; it accounts, somewhere in its rendering, for the unfolding artwork, the eager reader, the many distances between scenes of writing and reading. It tries to funnel the word’s too-muchness into more manageable dimensions—into simpler projections that, as novelist Zia Haider Rahman puts it in In the Light of What We Know, “give us a sense of something whose truth is far richer.” Good criticism, in brief, equips a reader to do something.

And because criticism more-or-less prescribes action—what music to listen to, what books to sob over, what films to digest, what restaurants to visit—one has to respect that the critical project is always about much more than “disinterested evaluation.” As Spanish colonists knew all too well (and indigenous peoples of the Americas felt all too acutely): when one draws a map, one brings a world-view into being; one champions and buries, salvages and discards, enshrines and obliterates. Good critics, I believe, keep this in mind. Every essay, review, thinkpiece, and takedown advances a worldview. The point is to make sure it’s one of your informed choosing.

Like many others, I understand “creative” and “critical” to be mutually constitutive categories. The art I enjoy critiques our remarkably flawed worlds; the criticism I admire renders judgment beautiful.

Where the critical/creative dichotomy becomes interesting, though—especially for writers, I think—is when formal “affordance” is part of the conversation. Literary theorist Caroline Levine, borrowing “affordance” from design theorists like Donald Norman, has written on “the ways that affordance allows us to think about constraint and capability—that is, what actions or thoughts are made possible or impossible by the fact of a form.” Where “glass affords transparency and brittleness,” where “steel affords strength, smoothness, hardness, and durability,” the art- and media-forms of contemporary criticism—podcasts, print, webpages, so much more—all gently nudge us into differently creative activity. And the sands are ever shifting, the forms, media, and critical landscapes always in motion. That’s part of the fun.

(At least one great case study: Hua Hsu’s recent New Yorker “Touchstones” piece on Nirvana, which takes advantage of what’s afforded by the fusion of critical occasion, publication aesthetic, and web infrastructure. It’s the crystal tip of a giant iceberg. And returning to it today makes me wonder: what media-forms will late-century criticism utilize? Will we take on augmented reality thinkpieces? Real-time reviewing via thought-to-text machinery? Who knows; this mess is crazy.)

But, back to the original question (and with a nuts-and-volts answer): on my computer, I have this bank of harebrained ideas and hypotheses that I add to sporadically. When it comes time to put a project together—a short essay, a class activity, a brief lecture, a musical exercise—the first thing I do is turn to that personal archive and test possibilities against the assignment’s constraints. Sometimes, there’s a clean match; other times, there’s wild fusion between two or more items on the list; most times, the list just conjures a new idea altogether via some analogical, Brian Eno-esque alchemy. In this very literal way, finished pieces that, given their endforms and occasions, appear to be resolutely “critical” or “creative” really come from the same home on my hard drive.

Or, in brief: ‘Which thread should I pull on to find the end in my hand?’ (Italo Calvino.)

For a long time, the default procedure has involved reverse engineering, which I imagine is pretty common: start each new project with a hard deadline and work backwards, sketching out when that sweat-stained first draft needs to “materialize”; crack that draft into pieces, setting small deadlines for each portion; write a little every day. (Weird that it reads like proactive slackerism: what’s the bare minimum I need to produce each day to get this thing done?)

The process only works, though, if realistic assessments of current writing pace and life circumstances can happen regularly—and if the twin luxuries of stability and routine are available. In any circumstance, though, the orienting question is the same: given these personal limits, these current circumstances, what can I do?

As of this moment: one dream gig would be to interview the Brooklyn musical duo Buke and Gase on the books they like reading, why they like reading them, and what relationship those books have, if any, to their musical mad science. Another might be a longform piece on millenialisms via Reddit, Mitski, internet feelings, and Weezer’s cutesy nihilism. Still another might be a netZine featuring micro reviews of books that haven’t been written yet.

Jonathan Leal is a scholar-musician based in the Bay Area. A native of the Rio Grande Valley, he received a BA and MA in English from the University of North Texas while working as a percussionist and music educator; he is now a PhD Candidate in Modern Thought & Literature at Stanford University. In recent years, his criticism has appeared in publications including The Los Angeles Times, The Los Angeles Review of Books, Huizache: The Magazine of Latino Literature, Caustic Frolic, and Kirkus. In 2017, he designed sound and music for the premiere of Cherríe Moraga’s The Mathematics of Love; in 2018, he co-produced Wild Tongue, a compilation album featuring new work by nine bands in the South Texas borderlands. Twitter and Instagram: @jonathanjleal