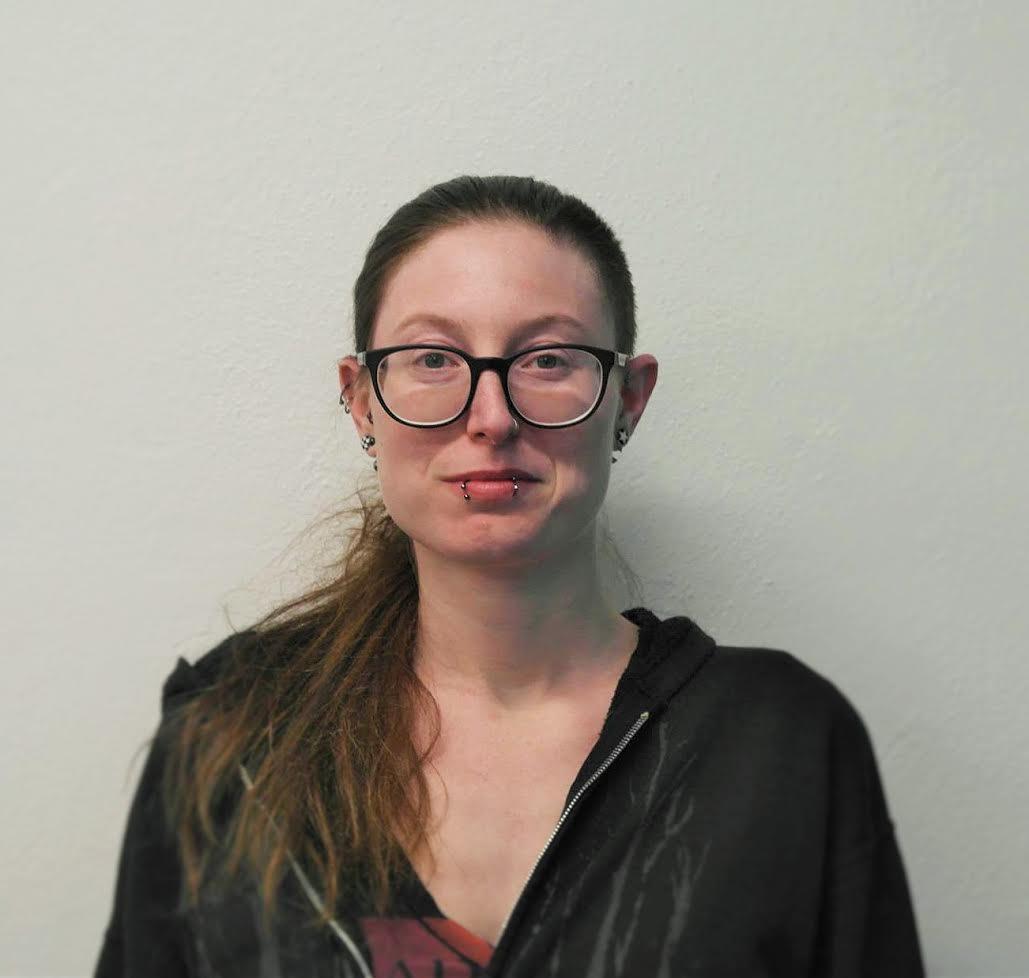 Ilana Masad is a queer Israeli-American fiction writer and book critic whose reviews have appeared in the New Yorker, the New York Times, the Washington Post, NPR, the LA Times, the LA Review of Books, the Guardian, and more. She is the founder and host of The Other Stories, a podcast featuring new, emerging, and established writers. She spends too much time on Twitter, and you can spend that time with her @ilanaslightly.

How did you become a book critic?

I’ve loved reading for a long time, obviously. But it wasn’t until my late teens that I began contemplating how to make a living out of this love. I knew it would be hard, almost impossible, because I was lucky enough to have parents who encouraged my desires while also warning me of the pitfalls and difficulties of any kind of remuneration for creative work. But more to the point: I spent a year abroad at the University of Oxford while I was in college and we were encouraged to take part of the full Oxford experience. So I became a sub-editor (proofreader) at The Oxford Student, one of the two big weekly student newspapers. In my second term, I became the editor of the Arts & Literature section. The same year, I wrote my first book reviews for a small and still active website run by Molly Gaudry, Lit Pub. In my senior year of college I interned at an online publication called Bookish, and when my internship was done, I had made friends with two of the editors, and became a freelancer for them – I wrote lists, mostly, not straight-up book reviews. It wasn’t until I freelanced after college for Bustle that I was invited to write an honest-to-god book review for pay (very, very meager pay, but pay nonetheless), and that was for A Little Life by Hanya Yanagihara. I was hooked. I loved it as much as I knew I would. So I began figuring out how to do more of it, who to pitch, how to get paid, etc.

In a 2017 interview with Lithub you describe your reviews as “forms of book criticism that are hidden in other formats because the publication [Broadly] just doesn’t do straight reviews. With straight reviews becoming rarer, book critics have learned to be more dynamic. We’ve had to.” Can you explain how that perspective affects the way you approach the books you review?

It doesn’t affect my approach to the books I review exactly – it affects my approach to how I pitch book reviews or culture pieces. For example, a few months ago, I pitched Buzzfeed a piece about mental illness as explored in fiction. I was in my first year of grad school and had just read Jean Rhys for the first time and was thinking about mental illness and women’s madness as portrayed in literature (a subject I’ve been interested in since college, really). I was thinking about how mental illness is getting portrayed less metaphorically these days, and found some recent books that were doing what I had intuited was being done – from staying abreast of recent and current publications. In pitching that piece, I was thinking about books as both reflections of culture and as spaces where discussions still slow to occur in broader public spheres were happening. And so I got to read and write about several books in one piece.

Another way I figured out how to write about books was through a publication’s particular interest. For Broadly, for example, I wrote several pieces about books that dealt with historical figures – women, specifically – and these pieces became a mish-mash of historical exploration and review. If I had my druthers, I would be reviewing single books one at a time because I think that single book reviews do plenty to explore culture already. But they don’t get the clicks editors want and need, so they’re becoming less common and harder to come by.

How important do you feel it is for a critic’s voice, opinions and personality to be present in a review?

I find that my style depends a lot on the publication I’m writing for and whether they want my voice in there or not. NPR, for instance, wants me to be voicy. The NYT has a different style – slightly voicy, then down to business, possibly voicy in closing again. Here’s the thing, though – whatever the style of the publication, and whether the critic admits it or not, their voice and opinions and personality are inevitably going to be in there. Because when we read, we’re connecting with something personal, aren’t we? Whether it’s relating to characters’ experiences or simply reading through the lens of empathy, our personalities and personhoods are going to be involved in the process. So I don’t know that it’s important, per se, that a critic’s voice is clear in a review – rather, I think it’s inevitable. There is nothing objective about criticism, despite the certainty imbued in the work of some white, straight, cis male critics. Objectivity seems to be what they believe they’re doing, as if their positionality in the world is neutral. It isn’t – neither is yours, nor mine. No one is neutral. That being said, I do try to approach criticism not as an exercise of “do I like it” but rather by trying to see if a book is succeeding at what it’s trying to do, and what it means for the project of the book when it does or doesn’t succeed.

“Literary Citizenship” is an idea that gets talked about a lot in certain parts of the book world. You’re a contributor at Book Riot — a site where one of the core tenets is “reading is a political act”. You also frequently grapple with social and political topics in your reviews and on social media. How important do you think it is for a critic to also be an activist?

Gosh. What a fantastic question. And so difficult! I feel like I could talk through this one for hours and still not have a good response. Okay, so I do believe that reading is a political act, yes. And I know that the reviews I pitch are often politically motivated – by which I mean, that I tend to privilege marginalized or underserved voices pretty much by instinct at this point, because I simply find these stories to be more interesting, more reflective of a larger, broader and more complex world.

I know, and I’m not entirely proud of this, that there are books that are probably very good that I’ve simply ignored because I’ve grown tired with the hegemony of the straight white male experience. There are widely beloved and lauded authors that I’m simply exhausted and, honestly, bored by. The fact that I still feel the need to hedge about it or apologize for it in some way is saying something, I suppose, about the training I’ve received in who matters and who doesn’t… So yes, I think about my choices when I read. But I also don’t read just for the politics. I think that it comes down to the feminist slogan of how the personal is political, and in the case of the critic, the personal and political might also become the published, making it a shared personal and political space.

I think literary citizenship goes beyond my reviews though. My podcast is about literary citizenship. Talking to other writers and boosting the work I care about on social media and telling people to buy and read books – this is literary citizenship. Talking about the deep-seated issues in big publishing, the systemic racism and classism that is so deeply rooted in the trade, that’s literary citizenship. Is that activism? I don’t know. I honestly don’t. I sometimes worry that if what I’m doing benefits the world I am a part of, then it’s not activism because it’s not selfless. That’s probably very silly, though. No one said activism couldn’t be something you enjoy, something that comes naturally to you. But in the midst of everything going on right now, it’s hard to see anything I do in the literary world as worth much. It’s hard, often, to remember that art is necessary. But I try to remind myself that no revolution has occurred without art being involved in it – and so perhaps, maybe, I’m doing my part, in a way.

But honestly, when I think of activism, I think of what I do in the classroom as a new teacher, and I think about the volunteer work I do for a queer suicide prevention organization. Those things feel more tangible as activism. Books are still my solace, my escape, my absolute favorite things to engage with, and I am so, so lucky that my hard work to make them my livelihood is paying off.

You mentioned your podcast, The Other Stories. What inspired you to start it, how you choose the people you talk to, and why you think podcasts (which in a way is a pretty old fashioned concept, a long form radio show, dressed up in new packaging) have become so popular?

The Other Stories is a labor of love. I started it when I was freelancing and living in New York after graduating from college. I kept thinking about how writers don’t get to talk about their work much. Not the big, famous writers who are interviewed everywhere, but the rest of us, those of us writing stories and sending them to magazines, trying to find agents, trying to get noticed. Sure, we might get a story published here or there, and we’ll send it to our friends and our moms and they’ll say “Hey, that’s great!” and “I loved your story!” and then… that’s it. They won’t ask about the process of writing it. They won’t ask about why we chose to make the walls maroon in this scene. Writing is lonely in that we don’t know what the people on the other end are getting out of our work unless they tell us. So the podcast was this way of creating a space to give new, struggling, as-yet-not-famous writers a voice.

The Other Stories features these writers, has them read their work aloud (and dresses them up in new packaging, as you so nicely put it, because of the added component of sound design; Mike Cahill writes original scores for each and every story), and then I interview them about their writing process and writing history. I think – I hope – that it gives a space for writers to feel legit, to see that their work is real, their process is real, their creativity and artisanship are real. Not that I make them real, but rather it’s all too easy for us all to succumb to impostor syndrome. An interview, a real conversation about the process, takes us out of that space a little bit, I think.

Why are podcasts working so well these days? I think the form is popular for several reasons – it’s taking the radio, like you said, and putting it in places we access more, like our computers and phones. And it’s ideal for multitasking, which has become the de rigeur way of being in the world in our achievement-and-productivity-obsessed culture. There’s something about audio that lends itself to movement, too, I think, and since the whole “couch potato” narrative is so reviled nowadays (even though we all still watch TV), podcasts seem to be a good in between – you can exercise with it, you can wash dishes while listening, you can fold laundry, you can walk or drive to work with it on. Basically, it is useful for a less stagnant lifestyle.