John McPhee is a journalist, essayist, author, and longtime journalism professor at Princeton University. He is the author of more than 30 books, beginning with “A Sense of Where You Are,” published in 1965; his most recent book is “Draft No. 4: On the Writing Process.” His lifetime contribution to letters and book culture include his pioneering work in the fields of journalism and creative nonfiction; his explorations of widely varying topics, including science, sports, and the environment; and his mentorship of countless young writers and journalists. He has previously been honored with the Award in Literature from the American Academy of Arts and Letters, the Wallace Stegner Award, and the Pulitzer Prize. His acceptance speech for the Sandrof Award is below. 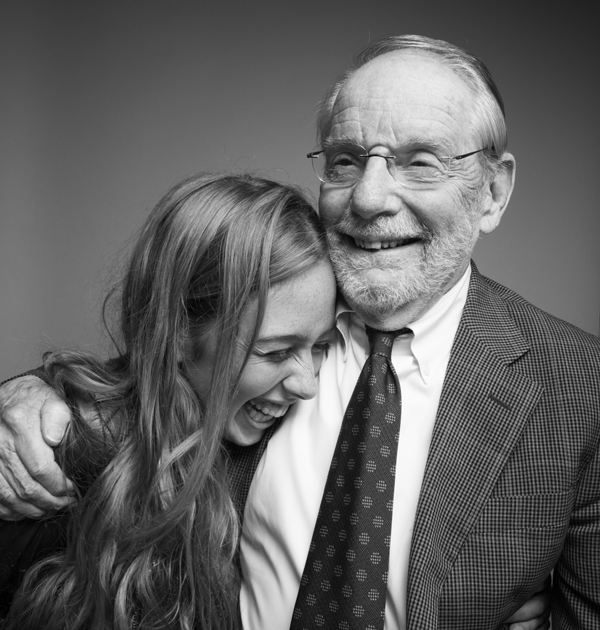 Thank you, Stacey.  Thank you FSG for publishing the books.  Thank you New Yorker magazine for priming the pump.  Thank you National Book Critics Circle for this once-in-a-lifetime moment.

Lifetime.  A lifetime of writing.  How did that happen?  Well, for starters, my father's field was sports medicine and he was the doctor of Princeton football teams.  When I was eight years old, a football jersey –black with orange tiger-stripes on the sleeves, the number 33 front and back– was made for me by the same company that made the big guys' uniforms.  On Saturdays, I ran into the stadium with the team, stood on the sidelines during the game, and after they scored went behind the goal post and caught the extra point.

One November Saturday, a cold, wind-driven rain was drenching the stadium, and I was miserable.  The rain stung my eyes, and I was shivering. Looking up at the press box, where I knew there were space heaters, I saw those people sitting dry under a roof, and decided then and there to become a writer.

“Creative nonfiction” is a term that is currently having its day. When I was in college, anyone who put those two words together would have been looked upon as a comedian or a fool.  Today, Creative Nonfiction is the name of the college course I teach.  Same college.  Required to give the course a title, I named it for a quarterly edited and published at the University of Pittsburgh.  The title asks an obvious question:  What is creative about nonfiction?  It takes a whole semester to try to answer that, but here are a few points:  The creativity lies in what you choose to write about, how you go about doing it, the arrangement through which you present things, the skill and the touch with which you describe people and succeed in developing them as characters, the rhythms of your prose, the integrity of the composition, the anatomy of the piece (does it get up and walk around on its own?), the extent to which you see and tell the story that exists in your material, and so forth.  Creative nonfiction is not making something up but making the most of what you have.

Or, as my daughter Jenny said last week, “It's not fake news.”

Finally, I would like to pay homage to the New Yorker's William Shawn, whose particular interest in the potentialities of factual writing was a very lucky thing for me.

Mr. Shawn understood the disjunct kinship of creative work — every kind of creative work — and time.  The most concise summation of it I've ever encountered was his response to a question I asked him just before we closed my first New Yorker profile and he sent it off to press.  It was about Bill Bradley in college basketball, and after all those one-on-one sessions with Mr. Shawn discussing back-door plays and the role of the left-handed comma in the architectonics of the game — while The New Yorker magazine hurtled toward its deadlines — I finally said in wonderment, “How can you afford to use so much time and go into so many things in such detail with just one writer when this whole enterprise is yours to keep together?”

He said, “It takes as long as it takes.”

As a writing teacher, I have repeated that statement to two generations of students.  If they are writers, they will never forget it.

It can take a lifetime.   Thank you so much.