The recipient of the 2017 Nona Balakian Citation for Excellence in Reviewing, given to an NBCC member for exceptional critical work, was Charles Finch. The Balakian Citation carries with it a $1,000 cash prize, endowed by longtime NBCC board member Gregg Barrios. His acceptance speech is below. 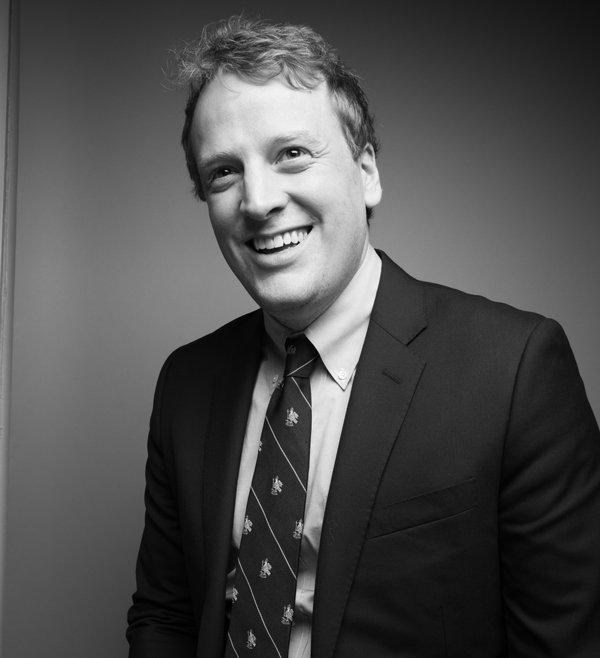 I am so deeply honored to receive this citation, particularly as I learn more and more about Nona Balakian. I would like to just stand here and recite a list of people I want to thank, but as a friend sternly and sagely told me, this isn’t an Oscars speech – talk about reviewing books. So that’s what I’m going to try to do.

Anyone with their eyes open knows that we’re in a bad and dangerous position right now. The President is insane in just charismatic enough a way that the rich have been able to carry on consolidating their wealth and destroying the natural world. A black man who doesn’t complete high school has a 60% chance of going to prison. ICE is dividing families with the kind of brute joy that a whole century just taught us not to ignore. We have sunk to such a depth that when a single person dies in a school shooting it’s rarely notable enough that we learn their name. A rational country would be creating a structure to help the tens of millions of people who will lose their jobs to automation in the next few decades – not dismantling what exists of that structure. I find myself in regular agreement with Bill Kristol.

This is not the most lighthearted way to begin a celebration of book reviewing. But in the face of our present reality, all adults have to ask whether what they’re doing has any consequence. I was not one of those people on social media exhorting everyone to just keep on making art the day after Donald Trump was elected. Art may help, it may console; but history is also littered with people that art did nothing to save.

And yet I do want to speak up for the art of the book review, and not just because it’s the practice that brings me here tonight, to my equally immense gratitude and bewilderment.

In her essay “Against Interpretation,” Susan Sontag famously called for us to replace literary analysis with an “erotics of art.” That now seems to me to be one of the most lovely and also one of the most misguided ideas in modern thought. Feelings, sense-responses: these have been in charge for a long while now. We are governed by an erotics of morality. People feel, statistically in error, that a wall or a gun will make them safe. People feel that the poor are covetous. People feel that women who want jurisdiction over their own bodies stand in defiance of some natural law.

Yet of course feelings are also the living blood of great art. I am tired of the word empathy being used in connection with fiction – empathy is the table stakes of good fiction; you shouldn’t be allowed to play without it – but obviously all of our work rests on empathy, the ability to recognize that another person is just as real as you are. And beyond empathy, there is the whole range of other human feeling, which suffused the work of our nominees tonight – rage, sorrow, mischief, the light gliding happiness of the ephemeral, the harder, lasting happiness of love. Great writing comes from those feelings, and also elicits them.

So what am I arguing? It is this: that the singular beauty of a book review, what it does that nothing else can, is to force us into that impossible thing, feeling lucidly. When I finish a novel and then go look to see what Zoe Heller or Alexandra Schwartz or Laura Miller or one of a dozen other great critics has said about it, what I experience is the pleasure of a till-then unarticulated recognition. A good book review asks us to answer for why we loved a thing, and either loves it along with us or demands that we defend our love, confront our sightlines of the world. It holds us accountable.

I think that matters. At this moment, we are painstakingly unknotting our society’s old false certainties about race, gender, and sexuality, and replacing them, not unopposed, with, in the words of one of my heroes, Marina Warner, validities, not verities.  It is here, in stealing a march on the truths of the future, that criticism is uniquely valuable; uniquely political, even, perhaps.

I often think about a line by Kay Ryan, one of my favorite writers, who said, “We’re building the ship as we sail it.” The miracle in that is how closely and economically she describes two things at once: the project of having a self and the project of having a world. It reminds me in the first place of what I was like at fifteen, lonely and fallen out with myself, reading Middlemarch or P.G. Wodehouse to make the days go away faster, certainly unable to imagine that some day I would be standing here, so surprised and yet so pleased from the bottom of my heart to have been given this award.

But in optimistic moments I think that it’s also a line, we’re building the ship as we sail it, that may ultimately account for our bizarre, fearful, yet sometimes exhilarating moment of history. If we survive it without Mike Pence and his mother enacting whatever weird version of Handmaid’s Tale fan fiction they write, the attention that we, as critics, pay the world, the practice of scrutiny, will have mattered. I hope it turns out that way.

Charles Finch is the author of the Charles Lenox mysteries, including The Inheritance and A Beautiful Blue Death, which was nominated for an Agatha Award and was named one of Library Journal’s Best Books of 2007. He is a graduate of Yale and Oxford, and lives in Chicago. His first contemporary novel, The Last Enchantments, is also available from St. Martin's Press. His reviews and essays have appeared in the New York Times, Chicago Tribune, and elsewhere.