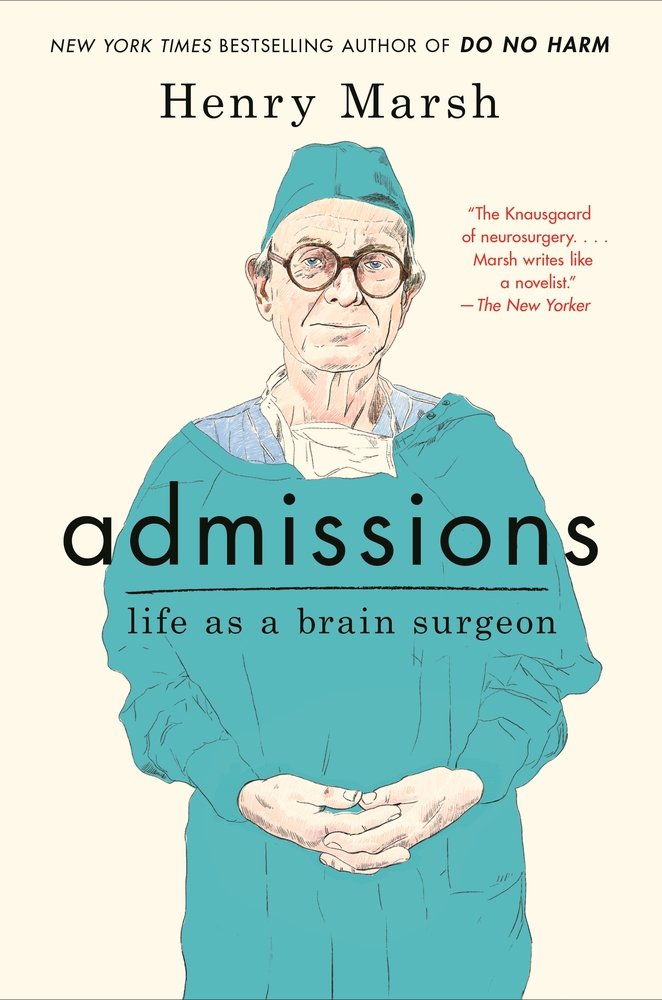 Brenda Ray: After writing your New York Times best-selling memoir, Do No Harm, what inspired you to write, Admissions: Life as a Brain Surgeon? How much time did you take in between each book? When did you begin writing it?

Henry Marsh: The first book was a re-writing of parts of the diary I have kept since the age of 12. That took about 10 years. The second book took less than a year and I started it two years after publication of the first book—some new material and some old, which had not been in the final version of the first book.

BR: In your book you speak so easily about surgical procedures. You did a great job translating these complexities into layman’s terms. Did you find this difficult to do—writing a medical memoir to readers who aren’t necessarily doctors?

HM: I didn’t find it especially difficult. Good doctoring (and I can only hope I am one) involves spending a lot of time explaining things to patients in language they can understand.

BR: I love your sentimentality towards animals, a theme that recurs again and again. I think people often associate surgeons with a removed, sterile affect, so it was refreshing to see this side of you—a surgeon who pities the pig cadavers. I wonder if it’s difficult to maintain this sentimentality in your vocation. Do you find it hard to strike a balance between compassion and practicality?

HM: Yes, it’s very difficult and it’s the central problem at the heart of medicine. Where you are on the spectrum between compassion and scientific detachment depends on many factors: your age, your personality, your role models, the culture of the department and country in which you work, and your own personal experiences, or your family’s, of being a patient (which most young doctors and nurses don’t have).

Sam Inshassi interviewed Thi Bui about her graphic memoir The Best We Could Do (Harry N. Abrams). 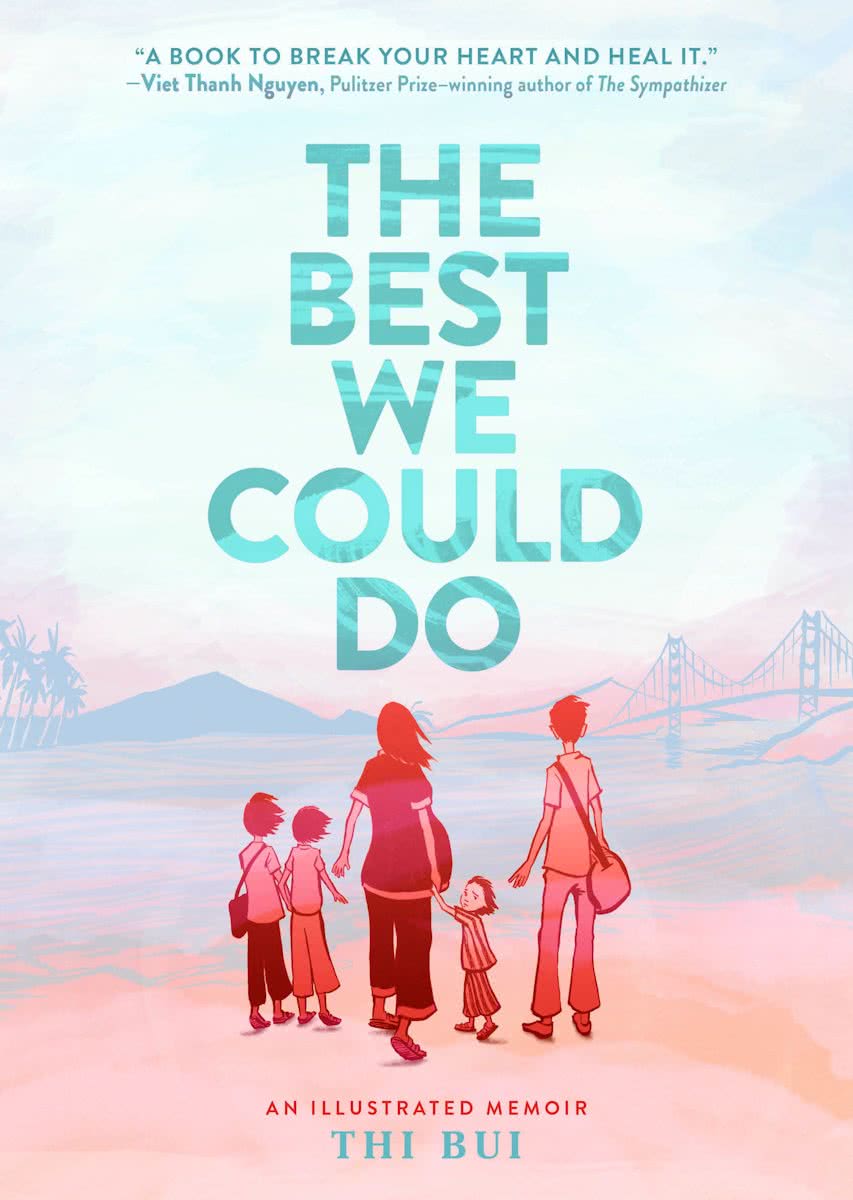 I first met Thi Bui at a panel on the graphic novel at BookCon last year. Though I didn’t know who she was, I was compelled by her narrative and bought her illustrated memoir, The Best We Could Do (Abrams Books). It tells the story of one family’s journey growing up in war-torn Vietnam and starting a new life in America, focusing on the relationships that form between parents and children.

When I crack the spine of my book, I see the message she wrote me when she signed it: “Best of luck with your religion + sex story!” Even then, I had a feeling we would be kindred spirits, and I couldn’t have been more right. Bui’s memoir is raw, emotional, and complicated.

Upon speaking with her, I was reaffirmed in my belief that certain human experiences, like being an immigrant, a refugee, or just Other, are universal.Bui’s next project will be about climate change through the lens of farmers in Vietnam. And in May, you can find her comic journalism piece on Southeast Asian deportation at TheNib.com.

Sam Inshassi: In your preface, and in interviews, you talk about the many years and iterations this book has passed through before becoming what it is now. What made you start the project to begin with?

Thi Bui: I took the opportunity to start it when I was doing my Master’s final project at NYU. It was about breaking down what I saw as really bad representations of Vietnamese people and narratives about the Vietnam War. There were all the bad Vietnam War movies that I’d grown up with, and then even looking further into scholarship about the Vietnam War, what I was finding a lot of was just very American-centric perspectives. And then even the ones that tried to not be American-centric did a very naive thing, which was to go talk to the enemy—and that was what people thought of as the Vietnamese experience. And I was like, “Hello! There’s a whole diaspora of Vietnamese people who were on another side of that war, so you might, you know, talk to us!”

It was just so frustrating that something so simple to me would seem so out of reach for so many American scholars. I did a whole master’s project around that, and then I also wanted to create something, so I did an oral history with the primary sources that were the closest to me, that I had access to, which meant my family. And my family’s reaction to reading the transcripts got me thinking, “There’s something to this.”

They were so excited to read their own words in writing and also to read each other’s stories, and to compare stories. They were more excited than they’d been about any kind of art project I’ve ever done before. I knew that I wanted it to be accessible. Reading Maus and Persepolis, I thought about comics as a more accessible medium that I had seen done.

Mika Bar-On Nesher interviewed Ludmilla Petrushevskaya about her book The Girl From the Metropol Hotel: Growing up in Communist Russia (Penguin). 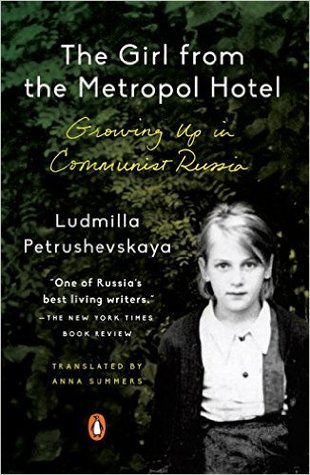 Mika Bar-On Nesher: What was your artistic process like when working on this book? How did you find writing a memoir different from writing short stories?

Ludmilla Petrushevskaya: I wrote that book – as it happened – when my aunt Vava was dying. She was 93 years old and it was her first time in a hospital. She was very upset there. I, too, found myself beginning to die. I couldn’t eat. I lost 14 kilograms during the time of her gradual deterioration. Every single day, I was writing The Girl from the Metropol Hotel, and I was feeling such guilt, that at nine-years-old, I had run away from them with my grandmother. Vava had already completely lost her memory, and I visited her to put her to sleep. Together with the nurse, I changed her clothes, tucked her in, mumbling to her, as a mother to a child, despite knowing that she didn’t understand anymore. And suddenly, she wriggled out (slipped out) with some strength and kissed my hand. And I thought, that I would never let her read my book.

A writer doesn’t control his or herself – I don’t, in any case. I have the impression, that from the first moment of a work, the entire text is already sitting in my head, from the first to the last word. So this type of process that you’re asking me about doesn’t depend on me. I don’t control this dictation. It comes all on its own. It’s up to you to catch it and write it down. That’s why I always carry a notebook and pen with me. One time, a story came to me, but I was on the metro, in a crowd. And I didn’t have a pen. I arrived home, but to my complete despair, the story had gone. Only the following day, already at work, I went to the library, and by sheer willpower, knowing the story’s content, I forced it back. But it was already a different version. The poetry was gone. The rhythm was gone, the intensity, the word order, that can only be brought on by inspiration. By the way, one critic wrote that if stories match with their rhythms, then they are vers libre… but I thought in response, that’s a very long vers libre. You know, I very rarely edit a written text. I believe that it has been dictated to me as it’s meant to be. It can overtake me anywhere – on the street, on the train, in a store. Besides, as a rule, every tale is a true story. It’s true, the characters do not recognize themselves, I crucially change the surrounding circumstances. Regardless of whether the text is magical or far removed from reality – like in the book There Once Lived a Woman Who Tried to Kill Her Neighbor's Baby, for which I received the World Fantasy Award in the USA in 2009. All the things in that book were also written down instantly, at once. When I was raising my children, in the neighboring room lay a sick mama, and so I got to work, right away. Now, I live alone and time has started to drag. I’ve almost finished two books, but I wait for the right moment to finish them. The finale of one of them, by the way, is inspired by a James Bond film. 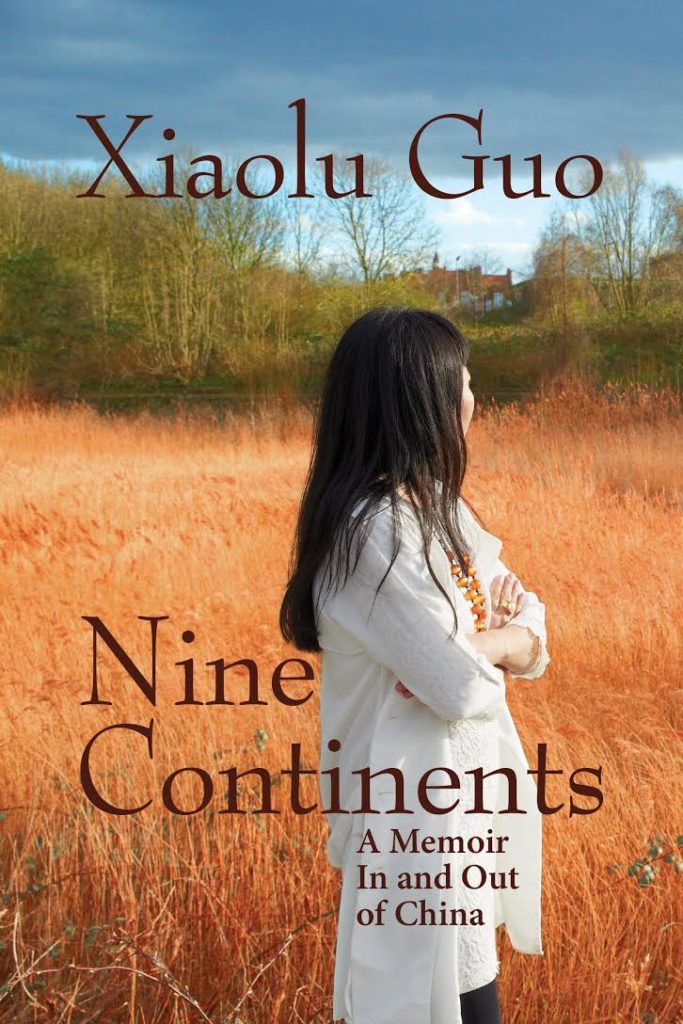 Chelsie Hinds (CH): Would you say that your formative years of illiteracy influenced or spurned your desire to write at all?

Xiaolu Guo (XG): I don’t think I can isolate one event from another in my early years in terms of the making of a future writer. It is all connected. For me it has to do with lack of imagination: if someone has that in her earlier years and wants to have an expanded life through imagination, she will probably begin to write. Also, it was the 1970s and 80s; we had so little other means to pass time. I treated diary writing as my entertainment in my teens.

CH: Each part of the book is broken up into essays. When you started to write, did you plan to format it that way? Or did it take that form as you recalled different aspects of your childhood? By dividing the narrative into specific subjects, was it easier to walk yourself through your own story?

XG: I somehow never believe the “perfect narrative.” I trust more fragmented structure, especially because I was working with memories and reflections. Also, I felt like I was writing a diary again. I wrote some small essays on my childhood before the book was formed. It felt more natural this way.

CH: What methods or rituals did you use to tap into your childhood and access those memories? Did you find it more painful or therapeutic?

XG: Before I wrote this book, I wrote a few novels based on my past experiences as a struggling young woman in a mad world. So, there is this basic distance between a (not-so-young) narrator and his/her own past. After all, a writer cannot only use his body to write; his head has some distance with his hands and heart. And this distance is the method. It was painful from time to time, but I am not a first time writer, so I have gone through the digestion process of certain events in my life.