In the 30 Books in 30 Days series leading up to the March 15 announcement of the 2017 National Book Critics Circle award winners, NBCC board members review the thirty finalists. Today, NBCC board member Daisy Fried offers an appreciation of James Longenbach’s 'Earthling '(W.W. Norton). 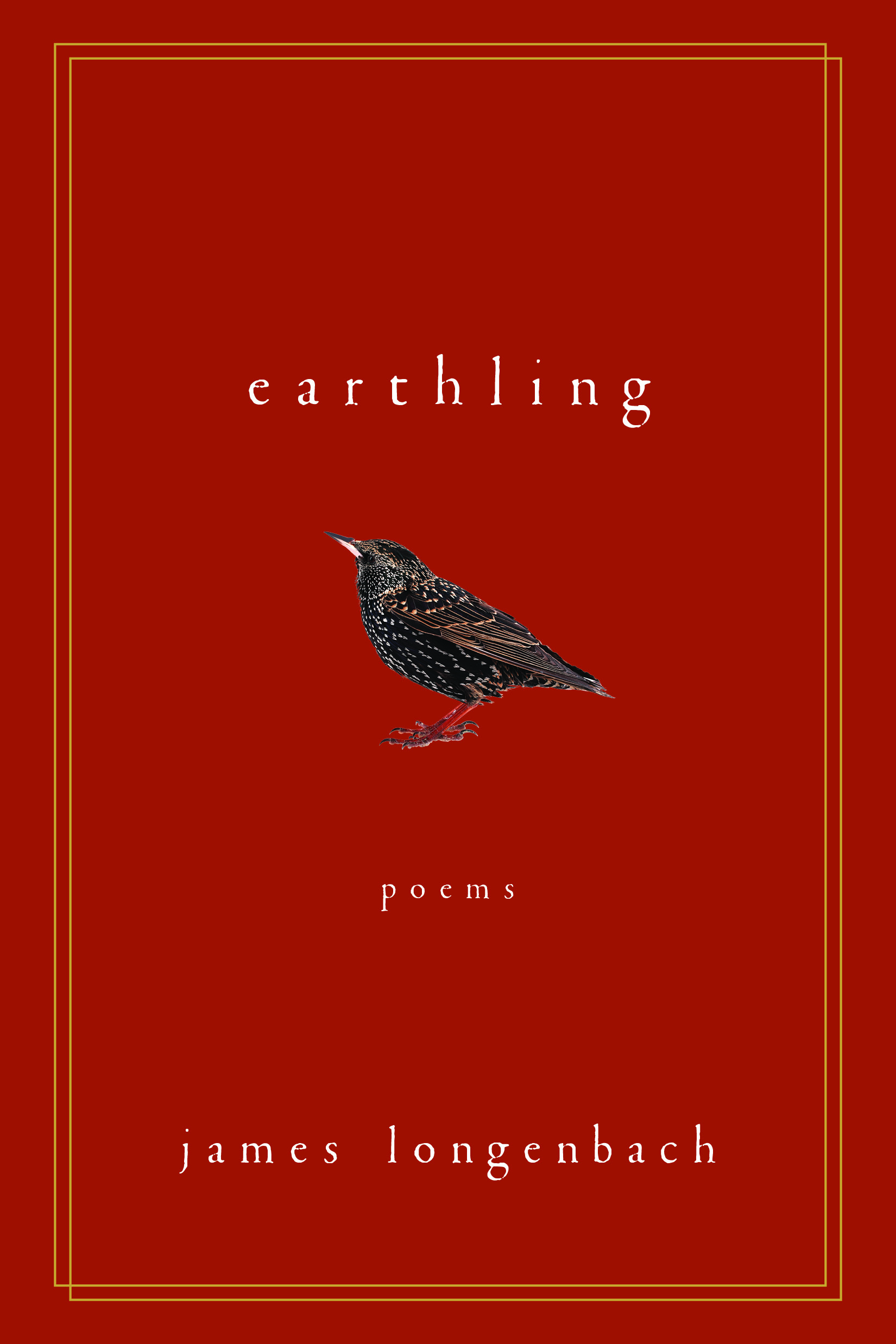 The clarity and intelligence of James Longenbach’s 'Earthling' (his fifth book of poetry) exist in tandem with a strangeness that disturbs and disarms. These poems frequently begin with the quotidian—dogs are walked, money is saved, refrigerators scrubbed—then wheel into the irrational: a flash of the surreal, a deliberate anachronism or perspectival shift. What’s familiar suddenly isn’t.

“My wife went running with the dog,” writes Longenbach in “One Last Thing.” “She tied her sneakers, secured the collar around his neck.” Woman and dog disappear into the woods—can this end well? The dog pees; abruptly yet gracefully we switch from the poet’s perspective to the wife’s. She “looked off into the branches, which were laced with snow.” But the dog has “…vanished,/ No shadow, no narrative,/A smudge of white against white snow…” Wheeling back to his own perspective, the poet tells us, with fable-like simplicity and intensity, that “when she returned,/The dog was trotting beside her./ No conclusions; observations.” No more vanishing. Coffee is brewed, the newspaper retrieved and, with a flash of color in a whited-out poem, “A cardinal settled on a branch.”

That’s the magic of Longenbach—the way his poems reveal simultaneous normalcy and shocking vertigo. The titular “earthling” calls to mind sci-fi: humans seen from an alien’s perspective. But Longenbach, also one of our finest literary critics, tells us that the word referred, in Old English, to a “ploughman, a cultivator of the soil.”

'Earthling' goes deep into what we are, what we have always been and always will be: creatures bound by mortality and preoccupied by what’s just in front of us, as we careen on our planet through emptiness.

Daisy Fried is the author of three books of poetry, Women’s Poetry: Poems and Advice, My Brother is Getting Arrested Again and She Didn’t Mean to Do It. The recipient of Guggenheim, Hodder and Pew Fellowships for her poetry, she contributes book reviews to the New York Times, Poetry, Threepenny Review and elsewhere, and is a member of the faculty of the Warren Wilson College MFA Program for Writers.