In the 30 Books in 30 Days series leading up to the March 15, 2018 announcement of the 2017 National Book Critics Circle award winners, NBCC board members review the thirty finalists. Today, NBCC board member Kerri Arsenault offers an appreciation of  Kapka Kassabova’s 'Border: A Journey to the Edge of Europe' (Graywolf Press). 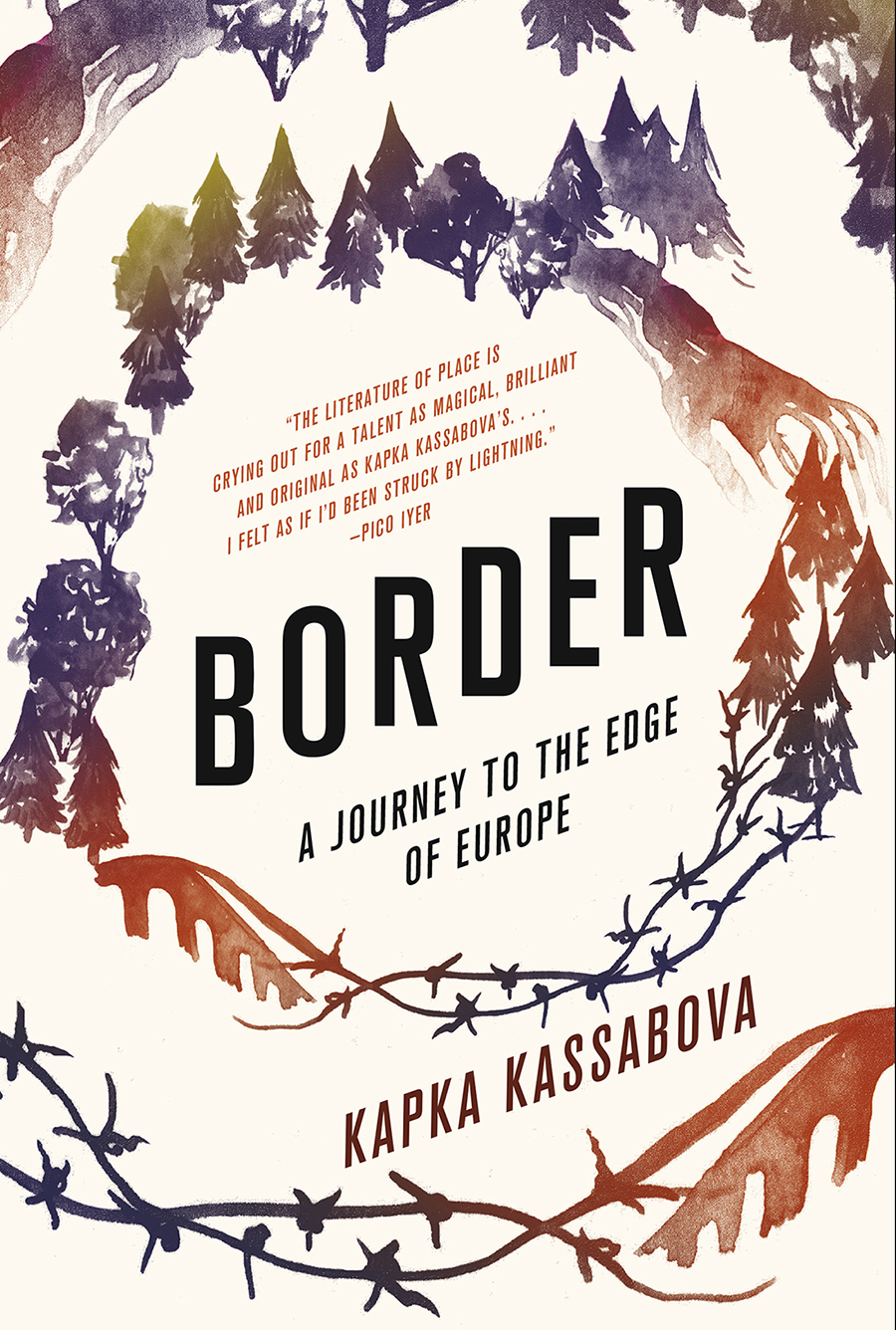 There’s been a lot of talk about borders in the news, about who’s in and who’s out. But sometimes the lines aren’t quite so clear. In this exceptional book of narrative reportage, Kapka Kassabova writes about the in-between places and the in-between people in the border region of Bulgaria, Greece, and Turkey.

The geographer Ptolemy revolutionized the way humans think about civilization when he constructed maps, a physical apparition that divvied up nations on the basis of arbitrary lines. In doing this, he also carved out cultural identities within those arranged borders. For thousands of years, we’ve largely been bound to this mapping, a visual so fixed in our consciousness we’ve been unable to dismantle the image or the concept behind it. We are Americans. We are Germans. We are Syrians. We are Bulgarian, all because of where we live. What then happens when we move between borders, leaving behind landscapes we no longer recognize? Or what if we stay and everyone else leaves? Who are we then?

Kassabova’s narrative is rich with these explorations of identity and landscape among the shadows of the Cold War. It’s also teeming with people—smugglers, border guards, barmen and women, fire worshippers, the displaced, the subaltern—who she describes as would a carpenter constructing the frame of a house: people like Big Stamen “whose person was so big it burst out of his flip-flops, his laughter like a gunshot in my ear. His smile was full of appetite, like a friendly young cannibal’s. The table, the glass, this village—everything was too small for him. During the week he operated a logging machine in the forest, as befits a giant.”

These people are perhaps illuminating to the periphrastic machinations of cultural identity itself—a culmination of history, myth, and reality–diachronic and cobbled together in a story of migration, of boundaries crossed and crossed out, a story as old as the soil itself.

Kassabova also investigates her own displacement, that of a born and raised Bulgarian who lives now in the Scottish Highlands. Her perspective, as an insider and an outsider, reflects the bordered and borderless world she describes.

Is it really possible for us to think beyond the nation state, beyond a cartographer’s artistry and agenda, beyond the longitudinal and latitudinal lines of Ptolemy’s 2nd Century map? To look at the Bulgarian government’s fortification of its current border, it appears not. Elsewhere, across the world, walls are being built faster than they are taken down, culturally, economically, or physically: Israel/Palestine; Mexico/USA; North Korea/South Korea; Syria and everywhere else. What determines civilization or belonging? For Kassabova, it is what people love, as she told The Paris Review in September, 2017: “They seem to define themselves by what they love rather than by any political identity, or by any labels. Like the mountain ranger in the Rhode mountains—she’s in love with the mountains, and that is what gives her her identity. And then there was the last shepherd, who loves his sheep and newborn lambs.”

“We are all migrants,” sociologist Jan Nederveen Pierterse writes in his book 'Globalization & Culture' in discussing the repercussions of globalization and cultural integration. Migrant, pilgrim, tourist, explorer, asylum seeker, refugee, even traveler—all move in the periphery of displacement, he insists. All of whom remain in a no man’s land of cultural identity where belonging and citizenship are being redefined not by a wall, a map, but by love.

Kerri Arsenault serves on the NBCC Board and is a Columnist at Lithub and Book Editor for Journal of the North Atlantic and Arctic. Her writings have appeared in various publications. Her narrative nonfiction book, What Remains (Picador), examines a working-class paper mill town in Western Maine where she grew up.