In the 30 Books in 30 Days series leading up to the March 15, 2018 announcement of the 2017 National Book Critics Circle award winners, NBCC board members review the thirty finalists. Today, NBCC board member Jane Ciabattari offers an appreciation of criticism finalist Edwidge Danticat's 'The Art of Death' (Graywolf Press). 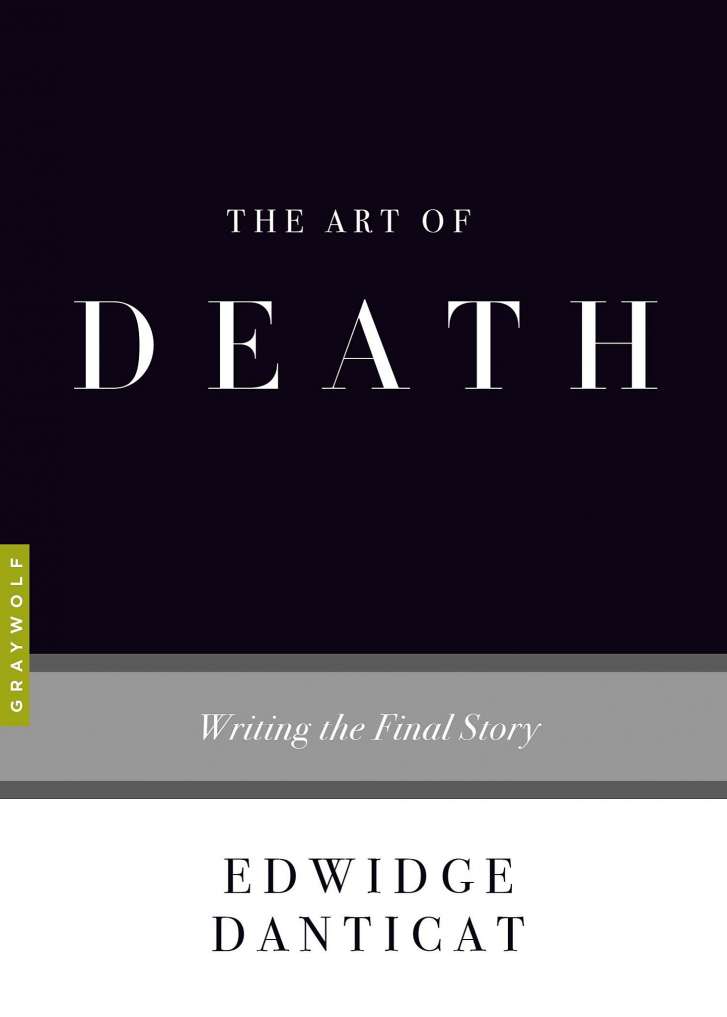 “Writing has been the primary way I have tried to make sense of my losses,” Danticat notes in the introduction to 'The Art of Death.' “I have been writing about death for as long as I have been writing.”  (Her 'Brother, I'm Dying,' about the deaths of her father and uncle, who lived apart from each other for nearly thirty years, in New York and Port au Prince, and found themselves near death at the same time, won the NBCC award for autobiography.)

'The Art of Death' is an eloquent elegy for Danticat's mother, who died of cancer a few years ago, and a meditation on their relationship as etched in memory and in deathbed conversations.

The book also is an original and incisive work of criticism, tracing how other writers–Tolstoy, Camus, Gabriel Garcia Marquez, Toni Morrison, Joan Didion, Susan Sontag, and others–have written about the fact of death. At one point Danticat compares the stories in Haruki Murakami's 'After the Quake' to her own experiences of shock and loss in the merciless 2010 earthquake in Haiti. “Murakami’s characters display a whole range of reactions,” she writes, “from numbness to flights of magical realism that some might consider madness or simply grief.  The earthquake, though, is not the central focus of these stories; the aftershocks are.”

In haunting passages, Danticat reminds us of her own genius at conjuring up the powerful emotions that come with loss. She also illuminates the artful writing of some of our finest literary figures. 'The Art of Death' is lyrical, at times poetic, intense, intimate, clear as a crystal teardrop, infinitely award-worthy.

Laura Pearson in the Chicago Tribune.

Jane Ciabattari is a columnist for BBC Culture and Lit Hub, and has contributed cultural criticism to the New York Times Book Review, NPR, the Paris Review, the Boston Globe, Los Angeles Times, Bookforum and many other publications. She serves as vice president/online (and a former president) of the National Book Critics Circle, on the advisory council of The Story Prize, and is a member of the San Francisco Writers’ Grotto. She is the author of two critically acclaimed short story collections: California Tales and Stealing the Fire, and has had fellowships from the New York Foundation for the Arts, the MacDowell Colony, and the Virginia Center for the Creative Arts. She was Life of Letters Lecturer at Bennington’s Graduate Writing Seminars, and has taught fiction at Chautauqua’s Writers’ Center and at Knox College (as Distinguished Writer in Residence), among others.