We asked the first class of NBCC Emerging Critics to tell us what they've been reading this summer. Here's the fourth response: 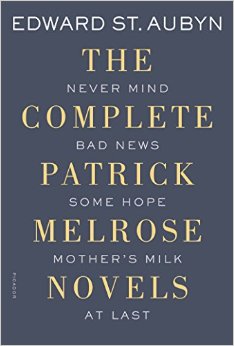 For me, the summertime has always been an excuse to tackle long books, and this particular summer gifted me two of the most unforgettable long books I’ve ever read.

I finally took the quintet of Patrick Melrose novels by Edward St. Aubyn off my shelf, and after finished, I only regretted that I hadn’t done so years ago.  It seems to me that St. Aubyn accomplished what Knaausgard only managed to attempt.  Patrick’s many adventures are riveting, and St. Aubyn’s no-holds-barred evisceration of the English aristocratic class is a feat of historic importance.

After finishing the Patrick Melrose novels, I read Love and Death in the American Novel by Leslie Fiedler.  One would think that a 550-page work of nonfiction about the history and permutations of the modern novel would be a bit dry, but by the time I was done I only wished the book was twice as long.  Fiedler’s unparalleled command of the history of Western literature is only outstripped by his multifaceted love for it.

Aside from my two long reads, I indulged my affinity for works of fiction that straddle the literary and speculative genres.  Olaf Stapleton’s Star Maker, a visionary work of psychedelic science fiction, was a standout.  Lance Olson’s Dreamlives of Debris, Aliya Whiteley’s The Beauty and Colin Winnette’s The Job of the Wasp were also notable.

But by far and away the most overlooked book of the summer was literally show me a healthy person by Darcie Wilder.  Darcie is a Twitter-famous poet / memoirist who wrote an exquisite novel that a lot of people talked about but few people actually read and reviewed, which is a real shame.  The novel is part social media steam, part memoir, part epic poem; it is also hilarious, horrifying, demented, depressing, and, above all, profoundly moving.

Zack Graham’s criticism has appeared in Rolling Stone, GQ, Electric Literature, and The National Book Review among other publications, and his short stories have appeared in Seven Scribes, the Cobalt Review, Liars’ League NYC, and elsewhere. A native of Chicago, Zack graduated from Yale University and currently lives in New York, where he makes films in addition to writing fiction and criticism. He is in the first class of NBCC Emerging Critics. He can be found on Twitter and Instagram: @zgraham19.