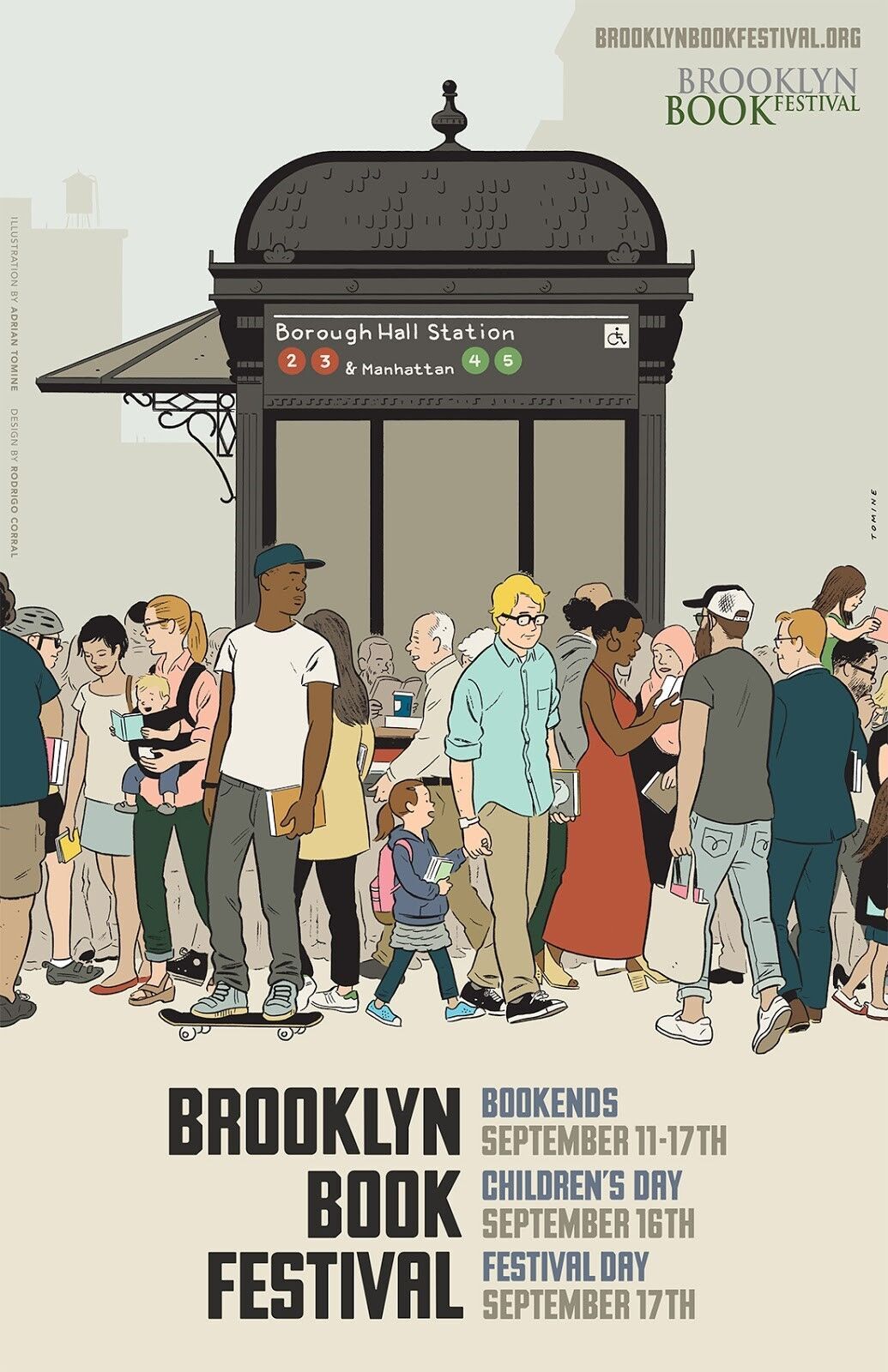 At Home in the World: On Writing, Immigration, and Belonging

As part of the of the Brooklyn Book Festival's Bookend events the National Book Critics Circle is partnering with the Center for Fiction to present authors Rumaan Alam, Nicole Dennis-Benn, Garnette Cadogan, Rigoberto Gonzalez, and Porochista Khakpour. They'll discuss immigration, Brooklyn/New York as a global center, and finding home as a writer. Moderated by NBCC board member Walton Muyumba.

This is an official 2017 Brooklyn Book Festival event. Learn more about this year's festival here!

Rumaan Alam is author of the novel Rich and Pretty (HarperCollins, 2016). His writing has been published in New York Magazine, Los Angeles Review of Books, The Wall Street Journal, The Rumpus, Washington Square Review, Gettysburg Review, American Short Fiction, and elsewhere. He started his career in fashion publishing at Lucky magazine, has written extensively on interior design for Domino, Lonny, Elle Decor, architecturaldigest.com, and elsewhere, and has worked in advertising as a copywriter and creative director. He studied at Oberlin College, and lives in New York.

Nicole Dennis-Benn was born and raised in Kingston, Jamaica. She is a graduate of Cornell University and has an MPH from the University of Michigan, Ann Arbor, and an MFA from Sarah Lawrence College. She has been awarded fellowships from Macdowell Colony, Hedgebrook, Lambda, Barbara Deming Memorial Fund, Hurston/Wright, and Sewanee Writers' Conference. Dennis-Benn’s debut novel Here Comes the Sun was a New York Times Notable Book of the Year, a NPR Best Books of 2016, an Amazon, Barnes & Noble, Entertainment Weekly, and Kirkus Reviews Best Book of 2016, a BuzzFeed Best Literary Debuts of 2016, among others. Dennis-Benn is shortlisted for the Texas Library Association 2017 Lariat and the Grand Prix littéraire of the Association of Caribbean Writers. She was a finalist for the 2016 National Book Critics Circle John Leonard Award, and the 2016 Center for Fiction First Novel Prize.

Rigoberto González is the author of four books of poetry, most recently Unpeopled Eden, which won the Lambda Literary Award and the Lenore Marshall Prize from the Academy of American Poets. His ten books of prose include two bilingual children's books, the three young adult novels in the Mariposa Club series, the novel Crossing Vines, the story collection Men Without Bliss, and three books of nonfiction, including Butterfly Boy: Memories of a Chicano Mariposa, which received the American Book Award from the Before Columbus Foundation. The recipient of Guggenheim, NEA and USA Rolón fellowships, a NYFA grant in poetry, the Shelley Memorial Award from the Poetry Society of America, The Poetry Center Book Award, and the Barnes & Noble Writer for Writers Award, he is contributing editor for Poets & Writers Magazine and writes a monthly column for NBC-Latino online. Currently, he is professor of English at Rutgers-Newark, the State University of New Jersey, and the inaugural Stan Rubin Distinguished Writer-in-Residence at the Rainier Writing Workshop.

Porochista Khakpour's debut novel, Sons and Other Flammable Objects, was named a New York Times Editor's Choice, one of the Chicago Tribune's Fall's Best and won the 2007 California Book Award winner in the First Fiction category. Her honors include fellowships from the NEA, the Johns Hopkins University Writing Seminars, Northwestern University, the Sewanee Writers' Conference, Ucross, and Yaddo. Her second novel The Last Illusion was one of 2014’s most anticipated books. She is working on a children’s book for Civil Coping Mechanisms’ new imprint WHITE RABBIT. HarperPerennial will publish her memoir Sick: A Life of Lyme, Love, Illness, and Addiction in 2017.

Walton Muyumba is author of The Shadow and the Act: Black Intellectual Practice, Jazz Improvisation, and Philosophical Pragmatism (University of Chicago Press). His work has appeared in Oxford American, The Chicago Tribune, The Crisis, The Dallas Morning News, The Los Angeles Review of Books, The New York Times, New Republic, and The Atlantic, among other outlets. Muyumba has published scholarship in The Cambridge History of American Poetry, College Literature, The Oxford Handbook of Critical Improvisation Studies, The Princeton Encyclopedia of Poetry and Poetics, and Trained Capacities: John Dewey, Rhetoric, and Democratic Practice. He sits on the National Book Critics Circle Board of Directors and is an Associate Professor of American and African Diasporic literature at Indiana University-Bloomington.