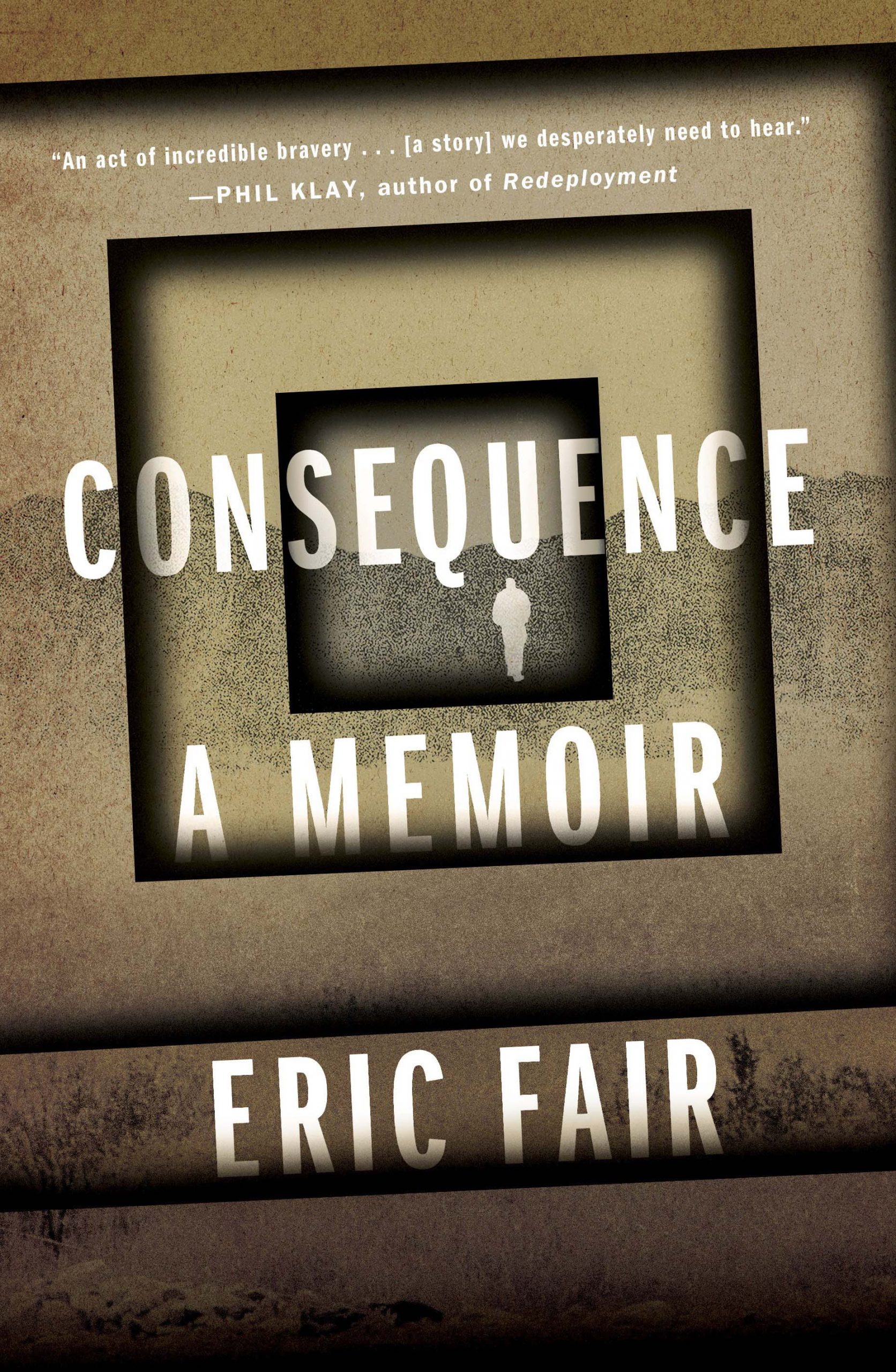 In November, National Book Critics Circle members will begin nominating and voting for the fourth John Leonard award for first book in any genre. In the run-up to the first round of voting, we'll be posting a series of #NBCCLeonard blog essays on promising first books. The seventeenth in our series is NBCC member Frank Freeman on Eric Fair's Consequence: A Memoir (Henry Holt and Co.).

Consequence: A Memoir is a hard book to read, hard in T. S. Eliot’s sense of humankind’s not being able to bear very much reality. The reality in Eric Fair’s case is his experiences in Iraq as an interrogator working for a private contractor at Abu Grahib and Falllujah. He admits—confesses is a better word—that he tortured detainees. What he did is less reprehensible than what he saw being done in the “hard site” of Abu Grahib but he remained silent about both until his life fell apart under the stress of memories and a diseased heart.

Fair grew up in Bethlehem, Pennsylvania, in a solid Presbyterian family, admiring those who helped others. He decided to become a policeman. But first he had to join the army—recruiters, shown to be consummate liars, do not come out looking very good in this book—wherein he learns Arabic, fighting skills, etc., and eventually that he has a heart that will someday kill him.

He works for the NSA for a while but is still driven to help on the ground. He keeps quiet about his heart and joins a private contractor, CACI, one of the many such that sprang up in the aftermath of 9/11 and the war on terror. You get the impression CACI was run by greedy war-feeding corporate sharks that promised body armor, weapons, and guidance but just pocketed the money. Fair’s memoir skewers CACI and its ethos and undermines the idea that private contractors do anything more than make the hell of war even more hellish.

The main story, however, is of Fair and his wrestling with what he does, sees, and remains silent about. When he comes home he becomes an alcoholic, yells at his wife, tries to become a Presbyterian minister, as some of his ancestors were, fails, almost kills himself, gets a heart transplant, and finally faces his demons with the help of a gay rabbi. (One of the sub-themes of the book is the acceptance and non-acceptance of gay ministers within the Presbyterian Church.)

Seth and I study Maimonides, taking turns to read aloud and share our thoughts. Seth chose Maimonides because he lays out one of the most extensive processes in the Jewish tradition for atonement. Maimonides says the transgressor is required to engage with the aggrieved persons, actively seek their forgiveness, and make restitution for harms done. God has a role to play, but largely for sins against God. The emphasis is on human-to-human interaction. The remedies are often described as lifelong pursuits.

Fair’s book, then, is the beginning of his lifelong pursuit of atonement and forgiveness. The story is told in the present tense in a laconic and sometimes dryly humorous style that threatens to become monotonous but ends up being hypnotic. The book is a blistering indictment of the way the Iraq war was conducted and a confession of complicity. Fair ends it by saying he no longer prays, he has no right to, but to my mind, in its facing of reality both public and private, physical and spiritual, it is a prayer.

Frank Freeman’s poetry has been published in The Aroostook Review, The Axe Factory,  The New York Quarterly, SN Review, and Tiger’s Eye. His book reviews have appeared in America Magazine, Bloomsbury Review, Commonweal, Open Letters Monthly, The Dublin Review of Books, The Hedgehog Review, The Literary Review, The Rumpus, Touchstone, The University Bookman, Washington Free Beacon, and The Weekly Standard, among others. Amarillo Bay and St. Katherine’s Review have published his short stories. His published work has appeared in the aggregate web sites, Arts and Letters Daily and Prufrock. Frank lives in Saco, Maine, where he lives with his wife and four children. He grew up in Texas, Connecticut, and California, received a BA in English from Texas A&M and an MA in English from Northeastern University.