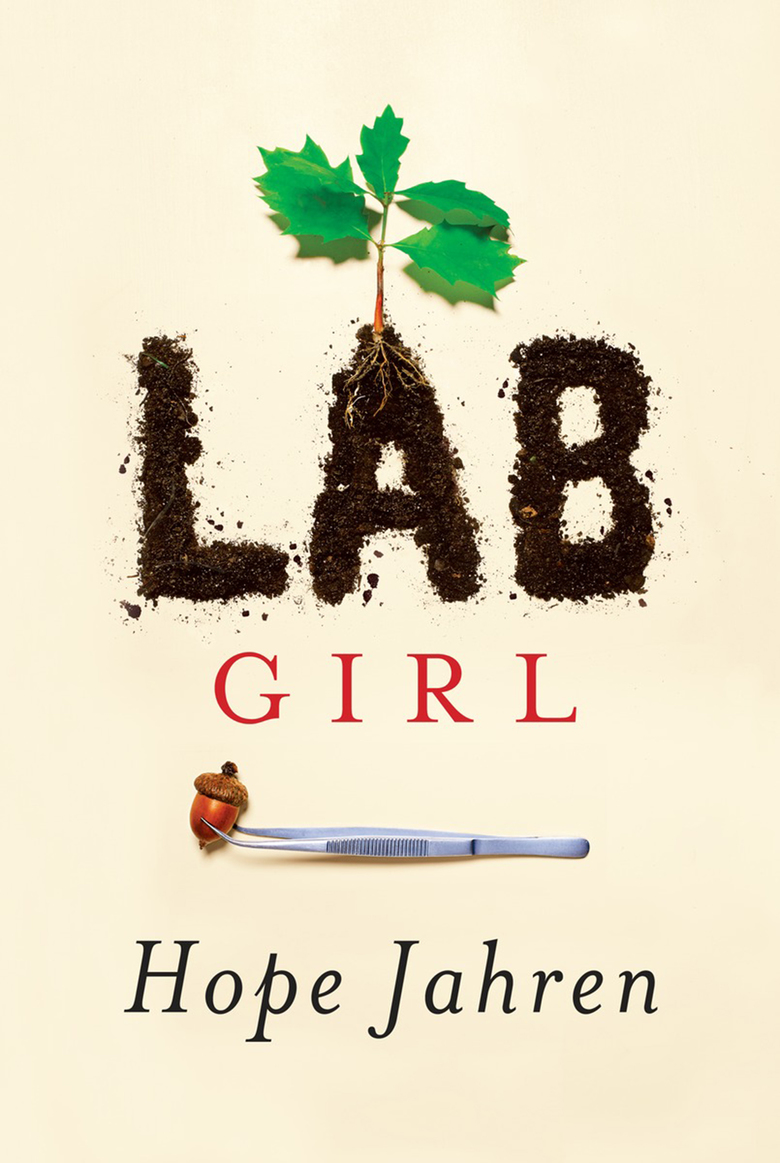 In November, National Book Critics Circle members will begin nominating and voting for the fourth John Leonard award for first book in any genre. In the run-up to the first round of voting, we'll be posting a series of #NBCCLeonard blog essays on promising first books. The tenth in our series is NBCC board member Laurie Hertzel on Hope Jahren's Lab Girl (Knopf).

Hope Jahren doesn’t mind sleeping in her lab, smashing up cars, getting injured (“I had seen some blood in my urine … but it hadn’t upset me”), scrounging for equipment, living on fast food, blowing things up from time to time. These are just the minor inconveniences of life, mere annoyances on her way to something more important: the pursuit of science.

The heart of her life is her lab, and her research. She is besotted by science. And the further you read in her original, fascinating memoir, “Lab Girl” (April, Alfred A. Knopf), the more besotted you will become, too.

Jahren is a renowned professor of geobiology at the University of Hawaii, and her book traces her ecstatic journey from misfit child in Minnesota to three-time Fulbright winner.

It is a strange, fascinating journey, and Jahren is an enthusiastic, observant guide.

She grew up in a house of oppressive silence. Her Scandinavian parents seldom spoke—to her, to her siblings, or to each other.  Jahren has memories of her grandfathers, but not of them ever speaking; her mother had “more than ten siblings, some of whom I never met,” even though they lived just a few miles away. And regarding her own two brothers, well, “It was not unusual for us to go days without finding anything to say to each other.”

It was in the science lab that Jahren found herself, her voice, and her passion. “We worked with our hands and there were concrete and almost daily payoffs.”

There are plenty of road blocks on her way to becoming a scientist – sexism, a major theme in the book, is one. Lack of funding is another, a problem that dogs her from university to university. During the course of the book she sets up labs at three universities, and scrounges for, hoards, and appropriates equipment for all of them.

Jahren works all the time. She is more than a workaholic; she is a woman obsessed, single-minded in her pursuit of understanding.

Her mania, as it turns out, stems not entirely from ambition. Halfway through the book, Jahren mentions her growing awareness of her own mental illness; in one powerful chapter, she takes readers into a manic episode, mania “as strong and ever-present as gravity.”

“Full-blown mania lets you see the other side of death,” she writes. But also, “This great cosmic fire hose bathes you in epiphanies.”

The heart of this book is her friendship and professional relationship with her lab partner, Bill, a man as brilliant and as peculiar as she. They watch out for each other, they understand each other, and their deep friendship illuminates, for the reader, the peculiar solitary, passionate life of the researcher.

Jahren’s writing is superb. Her observations are detailed and acute; ever the scientist, she pays attention to even the smallest of details.

“In Minnesota, the spring thaw happens all at once when the frozen ground yields to the sun in one day, wetting the spongy soil from within,” she writes. “On the first day of spring you can reach into the ground and easily pull of great, loose clumps of dirt as if they were handfuls of too-fresh devil’s food cake and watch the fat pink earthworms come writhing out and fling themselves joyfully back into the hole.”

Descriptions like these—precise, enthusiastic, tactile and colorful—lace the book, and Jahren intertwines her own story with short essays on botany that both teach and echo the themes of her life.

“People are like plants,” she writes. “They grow toward the light. I chose science because science gave me what I needed — a home as defined in the most literal sense: a safe place to be.”

Laurie Hertzel is the senior editor for books at the Minneapolis Star Tribune and the author of a memoir, “News to Me: Adventures of an Accidental Journalist,” published by the University of Minnesota Press in 2010 and winner of a Minnesota Book Award. Her work has appeared in Tri-Quarterly, the Chicago Tribune, Minnesota Monthly magazine, and many other publications in the United States, Finland, and Australia. She has an MFA from Queens University in Charlotte, N.C.