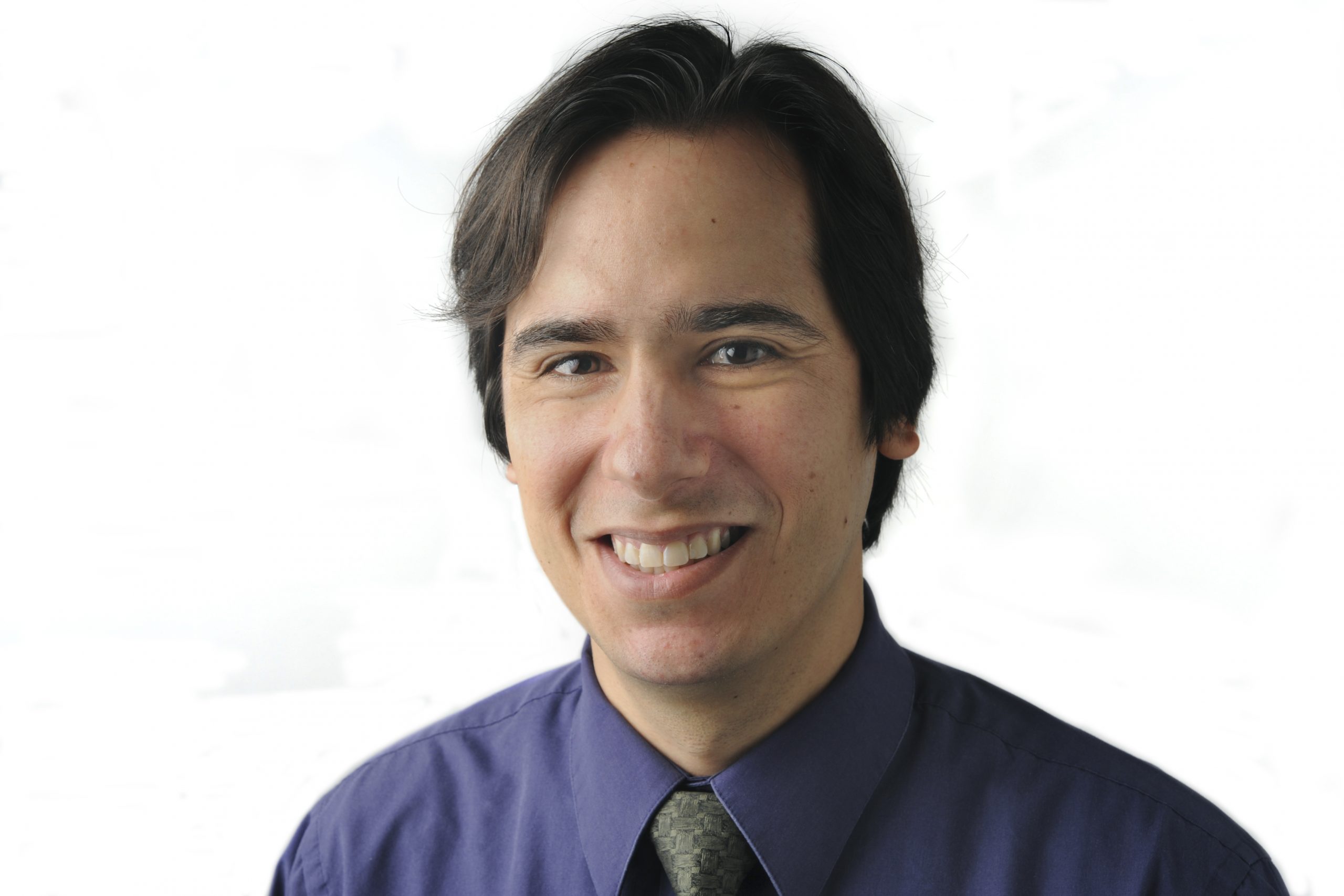 In early 2014, before Ferguson, before Eric Garner, Tamir Rice and Walter Scott, before Emanuel AME Church, Ta-Nehisi Coates got caught up in a skirmish over who should be deemed America’s “foremost public intellectual.” Coates nominated MSNBC’s Melissa Harris-Perry; Politico’s Dylan Byers dissented. Rapid-fire posts were exchanged, accusations of racism and anti-intellectualism traded. As Twitter wars go, it was a Grenada.

The episode is worth recalling now only because, in the year and a half since, Coates has won that title for himself, and it isn’t close. In an America consumed by debates over racism, police violence and domestic terror, it is Coates to whom so many of us turn to affirm, challenge or, more often, to mold our views from the clay. “Among public intellectuals in the U.S.,” writes media critic Jay Rosen, “he’s the man now.” When the Confederate battle flag on the statehouse grounds in Columbia, S.C., seemed the only thing the news media could discuss, my Washington Post colleague Ishaan Tharoor put it simply: “Just shut up and read @tanehisicoates.” These days, you hear many variations on that advice.

Coates is more than the writer whose thinking and focus best match the moment. With his 2014 Atlantic cover essay on “The Case for Reparations,” which explores the brutal U.S. history of redlining and housing discrimination, and now with the critical rapture surrounding his new book, “Between the World and Me,” he has become liberal America’s conscience on race. “Did you read the latest Ta-Nehisi Coates piece?” is shorthand for “Have you absorbed and shared the latest and best and correct thinking on racism, white privilege, institutional violence and structural inequality?” If you don’t have the time or inclination or experience to figure it out yourself, you outsource it to Ta-Nehisi Coates.

The structure of Coates’s new book speaks to this role. “Between the World and Me” is written as a letter to the author’s teenage son, conveying the personal and historical struggle to “live free in this black body,” a body that faces the constant, exhausting threat of state-sanctioned violence. But the book also reads like an open letter to white America, to the well-meaning sorts who at some point might have said, “Yes, things are bad, but they’re getting better, right?” It is to them that Coates is delivering this stern, fatherly talk.

And the audience is rapt. “Between the World and Me is, in important ways, a book written toward white Americans, and I say this as one of them,” writes Slate critic Jack Hamilton. “White Americans may need to read this book more urgently and carefully than anyone, and their own sons and daughters need to read it as well.”

In one of the earliest assessments, New Yorker editor David Remnick described “Between the World and Me” as an “extraordinary” book and likened Coates to James Baldwin. (Actually, everyone else has, too.) Reviewers have hailed it as “a classic of our time” (Publishers Weekly), “something to behold” (The Washington Post), “a love letter written in a moral emergency” (Slate) and “precisely the document this country needs right now” (the New Republic). This is more than admiration. It is an affirmation of enlightenment. New York Times film critic A.O. Scott went as far as one could go, calling Coates’s writing  “essential, like water or air.” Yes, we cannot live without Ta-Nehisi Coates.

What does such veneration — especially from a news media that Coates has attacked as indifferent to black America or inclined to view black America as a criminal justice problem — mean for Coates’s arguments about the enduring influence of white supremacy? Does the praise disprove him, or to the contrary, does it only suggest that, in an age when liberal elites line up to lament their white privilege, the structures of inequality are resilient enough to accommodate, even glorify, this most radical critic?

In his 2009 memoir, “The Beautiful Struggle,” Coates tells the story of his childhood in West Baltimore and his relationship with his father, “Conscious Man,” a librarian and ex-Black Panther, publisher of obscure black texts, father of seven children by four women, but a man who “never shirked when his bill came due.” He sought to instill consciousness in the young Ta-Nehisi, awareness of a community’s historical struggle. “He covered the crib with Knowledge, until rooms overflowed with books whose titles promised militant action and the return to glory,” Coates wrote of his father. The son absorbed the lessons, listening to Malcolm X’s “The Ballot or the Bullet” on his Walkman, becoming “a plague” on his father’s books. “My Consciousness grew, until I was obsessed with having been birthed in the wrong year,” Coates wrote in the earlier memoir. “All the great wars had been fought, and I was left to rummage through the myths of my fathers.”

Coates has found his new wars, mainly by realizing that the old ones never really went away. And now “Between the World and Me” seeks to impart that consciousness not just to his son but to all of us: that the violence done to black Americans is not accidental but by design, “the product of democratic will”; that white America’s dream of nice houses, good schools and Memorial Day cookouts is built on centuries of plunder of African American bodies, through lynching and redlining, bullets and chokeholds; and that “sentimental firsts”— the first black this or that — are little consolation. “Never forget that we were enslaved in this country longer than we have been free,” he writes.

The more radical Coates’s critique of America, the more tightly America embraces him. Challengers are soon shouted down, whether Politico’s Byers or New York magazine’s Jonathan Chait, who last year debated Coates in a series of thoughtful posts on culture, poverty and personal responsibility, and was deemed the loser. Those who posit any shortcomings in Coates’s analysis — as when Buzzfeed’s Shani O. Hilton argued that in his worldview, “the black male experience is still used as a stand in for the black experience” — do so almost lovingly. Even conservative critics, such as National Review’s Kevin D. Williamson, must spend nearly as much time extolling Coates as tackling his arguments, or like Shelby Steele in a painful appearance on ABC’s “This Week,” they seem to capitulate even before the battle has been joined.

So it feels almost blasphemous to note, for instance, that the prose in “Between the World and Me” can stray from overwhelming to overwritten, with sentences such as: “Poetry was the processing of my thoughts until the slag of justification fell away and I was left with the cold steel truths of life.” Or to suggest that “The Beautiful Struggle,” the book Coates wrote when no one was watching, is a more bracing, more intimate work than “Between the World and Me,” which for all its power feels written with the presumption of a high Amazon ranking.

“Our media vocabulary is full of hot takes, big ideas, takeaways, grand theories of everything,” Coates writes in his latest book. “But some time ago I rejected magic in all its forms.” His followers have not. If racism is America’s oldest sin, reading Coates has become its newest absolution. It is of no consequence that he thinks little of his white readers. “When people who are not black are interested in what I do, frankly, I’m always surprised,” Coates told Benjamin Wallace-Wells of New York magazine. “I don’t know if it’s my low expectations for white people or what.”

Wallace-Wells concludes that Coates is that rare radical writer who “radicalizes the Establishment.” But if so, how lasting might that radicalization prove, and to what effect? The acclaim for “The Case for Reparations” came not just despite the unlikelihood of any reparations actually coming to pass; as with many causes, its very improbability may have made it especially easy to embrace. All consciousness, few demands. Perfect for a white America that Coates diagnoses as “obsessed with the politics of personal exoneration.”

The decision to move up the publication of “Between the World and Me” is instructive. Originally slated for early September, the book was released in July instead, because of the surge of outrage and interest that followed the Charleston, S.C., massacre. “It spoke to this moment,” Christopher Jackson, executive editor of Spiegel & Grau, told the Wall Street Journal.

The irony is that, if you read this book and take it seriously, it is obvious that the moment for “Between the World and Me” is far more than July 2015. It is also last summer. And last century. And long before then, and long to come. There is no “moment.” Racism requires no news hook; it already has too many. Yet the move by Coates’s publisher seems to betray a worry that there is something fleeting or merely fashionable here, that even a writer with the reach and talent of Coates may have difficulty retaining his appeal. Or worse, I fear, that he will grow increasingly radicalized before a lovely, enlightened audience that continues to read, continues to applaud and continues to do nothing.

And there’s little beauty in that struggle.