In the days leading up to the March 17 announcement of the 2015 NBCC award winners, Critical Mass highlights the thirty finalists. Today, NBCC board member Tess Taylor on “Eternity's Sunrise: The Imaginative World of William Blake” (Yale University Press). 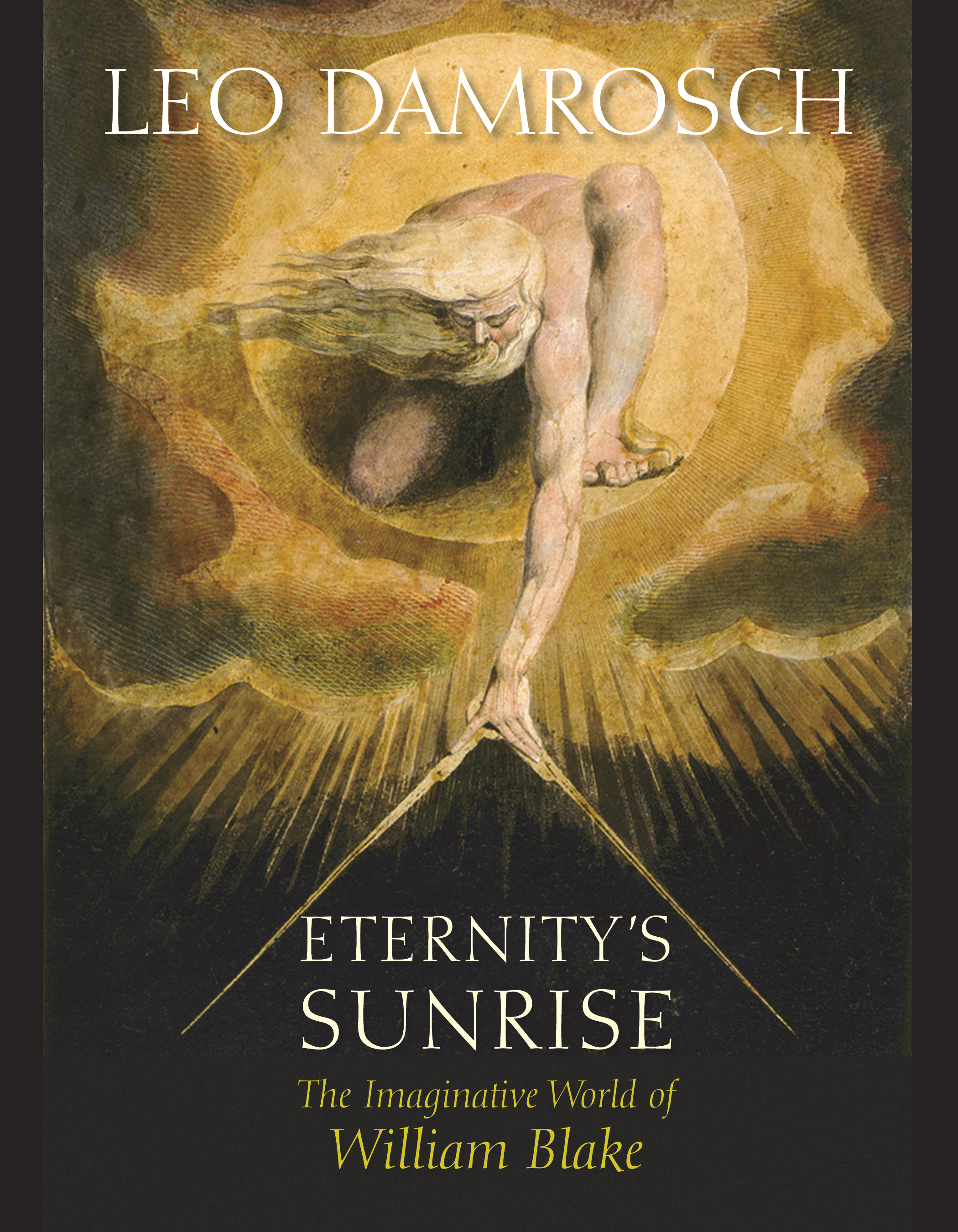 “Piping down the valleys wild, piping songs of pleasant glee,” or “Tyger, tyger burning bright”—these poems of William Blake have been so immortalized that it is rare to find an anthology of children’s literature that doesn’t include them. And indeed, these are poems for any new reader to cut her teeth on: Deceptively simple, rhythmic, strange, and pleasurable, they seem to enter the body and the memory as if by osmosis. Even though Blake shines in such settings, they are hardly the place to leave him.

Although Blake wrote much that welcomes children, and actually anyone, he was not particularly a children’s poet, or even a generally accessible one. Rather, he was a mystic, a revolutionary thinker, and a visionary illustrator who tried (with great irregularity) to serve the market while heeding the call of an ever stronger, stranger prophetic calling. He was a seer of visions—and as he aged he developed an ever wilder, deeper, more complex poetic mythography.

Now the Harvard professor and noted critic Leo Damrosch takes Blake’s work and life and weaves them together in an illuminating and absorbing study, leading us through Blake’s internal politics, his fierce, earthy soul searching, and the sweep of his work. In Damrosch’s hands, Blake emerges as behemoth and mystic. We see the powerful, insatiable, stubborn commitment to calling which defined Blake’s life, and we also are helped to see freshly the art Blake made to accompany his poems. Some of Blake’s works are destined to be difficult, but Damrosch decodes them admirably, taking us deeper in to Blake’s wild valleys and helping us to hear even the most familiar songs anew.

Tess Taylor’s chapbook of poems, The Misremembered World, was selected by Eavan Boland and published by the Poetry Society of America. Her poetry and nonfiction have since appeared in The Atlantic, Boston Review, Harvard Review, The Times Literary Supplement, and The New Yorker. The San Francisco Chronicle called her first book, The Forage House, “stunning” and it was a finalist for the Believer Poetry Award. Her newest book is Work & Days (2016). Tess is on-air poetry reviewer for NPR’s All Things Considered.