In the days leading up to the March 17 announcement of the 2015 NBCC award winners, Critical Mass highlights the thirty finalists. Today, NBCC board member Walton Muyumba on “Give Us the Ballot” by Ari Berman (Farrar, Straus and Giroux). 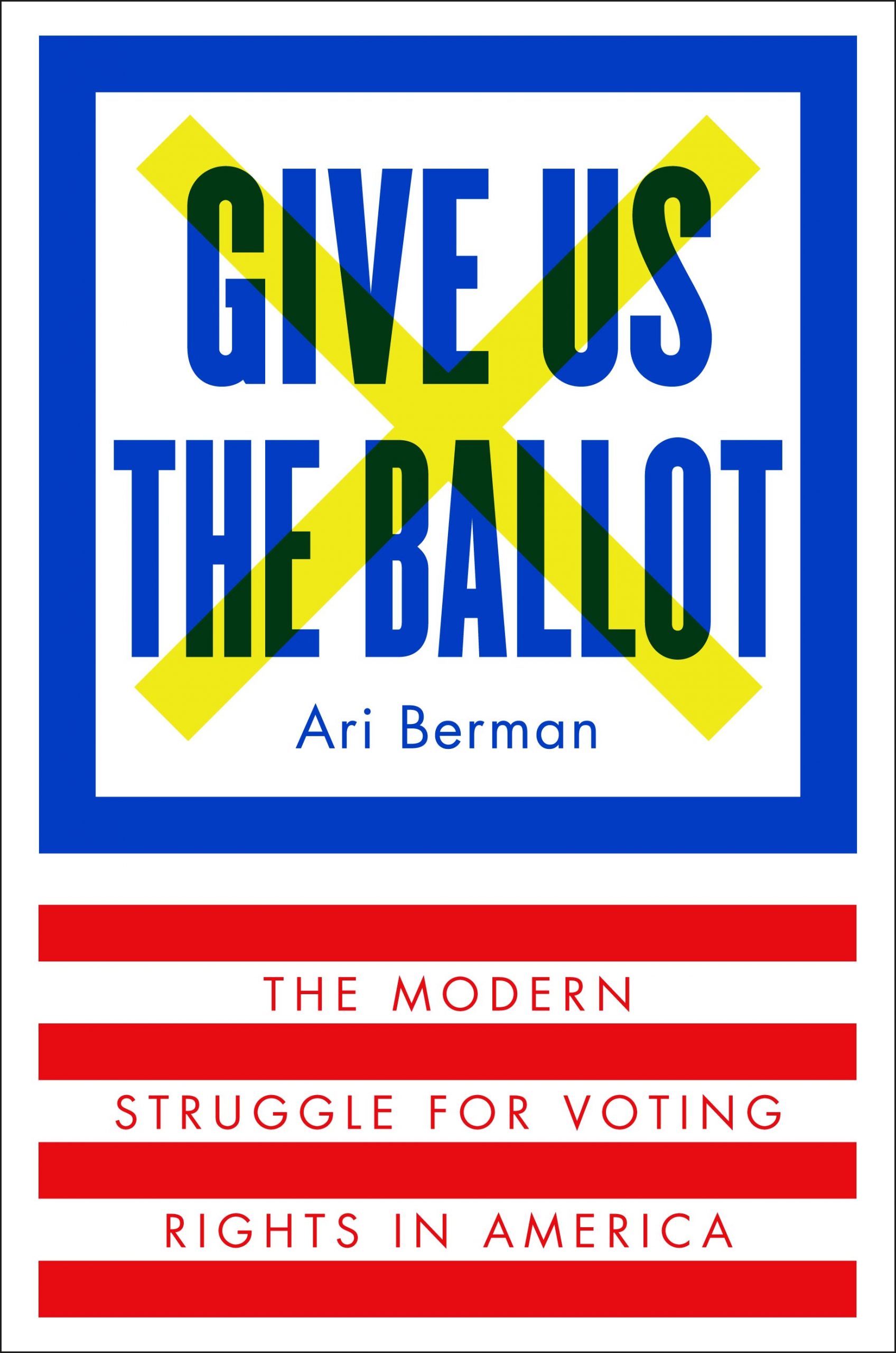 Ari Berman’s Give Us The Ballot examines the Voting Rights Act of 1965’s impact on 21st-century American democracy. Though he populates the book with major political players, Berman spotlights Sections 2 and 5 of the Voting Rights Act (VRA)—once the most significant defenses of the franchise in American law—detailing how these powerful measures function and how conservative politicians and jurists have divined multiple tactics for stanching their effects.

Writing with dispassionate but startling clarity, Berman untangles the legal nuances and political wrestling that has surrounded the VRA since its conception and ratification. Through expertly researched and balanced reporting, Berman illustrates that powerful, historically significant segregationists, conservatives, and strict constructionist jurists were fighting voting rights for people of color well before the modern civil rights era. Simultaneously, Berman’s book documents how motivated, individual citizens, civil rights activists, some former and contemporary lawyers from the Justice Department’s civil rights section, and even some Democratic and Republican politicians have repeatedly countered the sometimes murderous and always maniacal attempts to keep black and brown people from gaining political representation or power. Berman’s history even manages to amplify the wattage of the already luminous and heroic legacy of U.S. Representative John Lewis.

However, it is important to speak plainly on these matters: The VRA of 1965 was ratified because the four Constitutional amendments and three federal acts passed between 1865 and 1965 to ensure the civil and voting rights of all Americans had been repeatedly, violently undermined in Southern states, where white citizens sought to diminish or otherwise eradicate the rights of women and people of color to participate in the democratic process via the franchise, and in Northern cities, where redlining choked African Americans and Latinos off into weak economic and political districts away from actual power. When politicians and jurists have been given chances to exercise power irrationally, framing ethnic minority voters as fraudulent or disenfranchisement as irrelevant, they have accepted those opportunities readily and often. In 2013, one month after the Supreme Court’s majority opinion in Shelby County v. Holder “turned Section 5 into a zombie, a body with no life in it,” North Carolina’s Legislature passed a strict voter ID bill. Proponents said it was to fight fraud; opponents said there’s virtually no evidence such fraud exists. The law’s passage completed a conservative agenda nearly five decades in the making and effectively disenfranchising ethnic minorities, senior citizens and students. It’s the very type of threat to democracy that the VRA was designed to prevent. But as Berman explains, conservatives are willing to “to suppress the vote” for their own ends.

Encompassing a half-century of political and legal history, written with erudition, and essential reading for any understanding of contemporary American citizenship, Berman’s Give Us the Ballot demonstrates that the Voting Rights Act must retain its necessary potency in order to uphold the franchise and our democratic process as sacrosanct.