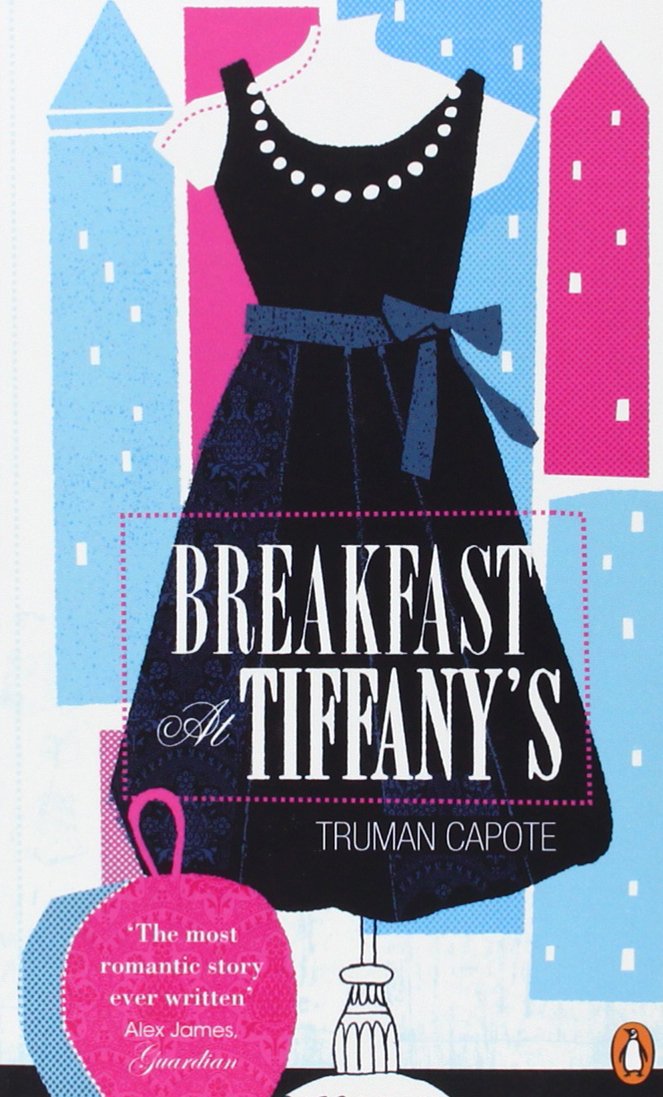 This is the third in Critical Mass's new Second Thoughts series, curated by Daniel Akst. More about this series, and how to submit, here.

When I think back on that proffered copy of Breakfast at Tiffany’s, I puzzle over my teacher’s intentions. Did she think I would be more attuned to slender comic novellas than, say, East of Eden? Did she guess at some secret kinship with Truman Capote? Did she figure that, like Capote, I would eventually hotfoot it to New York for protective cover? (I never did.)

Whatever her motivation, the fictional world into which she plunged me had something of the same effect that Oz had on Dorothy. Never in my waking or dreaming states had I encountered anyone like Holly Golightly or, for that matter, Holly’s New York. All those Mafia kingpins and Hollywood agents and Brazilian diplomats and roller-skating sopranos and Japanese photographers, carbonating together in this brittle Bromo-Seltzer farce. Why had no one told me the world was such a kick in the head?

It was my good fortune, I now realize, to have read the book before seeing the movie. Once you’ve heard Audrey Hepburn crooning “Moon River” or seen her clutching her soggy cat to her bosom, it becomes a labor of Augean proportions to find your way back to the ur-Holly.

Indeed, to get there, you must carry some germ of innocence, hermetically sealed from Henry Mancini and George Peppard and (God help us) Mickey Rooney. Even then, you may find yourself shocked by the greenness of that ancient realm. Holly is the greenest of all—not even 19 when we first meet her. Oklahoma! is the hot new show, and New York is in the shank of World War II, peppered with Joseph Mitchell-ish characters like Joe Bell, a bachelor bartender with a “sour stomach” and a fixation on ice hockey, Weimaraners and Gilbert and Sullivan.

Thirty-plus years ago, I wrote that off as authorial neutrality; today, it strikes me as the most fraught of evasions—though perfectly in keeping with Truman Capote’s time and careerism. He had watched Gore Vidal make a subject of his sexuality in The City and the Pillar. He had seen (and almost certainly relished) Vidal’s resulting martyrdom. He was in no hurry to reenact it.

And so this gelded narrator. Yet, in rereading Tiffany’s, the character I want most to drag out of the closet is Holly herself, who seems a few decades short of embracing her true transgender identity.

All the clues that flew past my blinkered teenaged eyes coalesce before me now. Boyish build, manufactured persona, sexual-outlaw status, thirst for reinvention, armature of makeup and sunglasses. (Even her infertility: for a stretch, Holly claims to be carrying the child of her Brazilian lover, but the fetus conveniently disappears after a spirited horse ride.) If Capote were writing today, I suspect he would have followed and even topped Vidal—Myra Breckenridge be damned—and I have no doubt that Holly would have been the most compliant of muses.

I want to talk about men’s Viagra. It happened that my husband often had failures in bed and I decided that something must be done. My husband refused to drink the medicine, but after reading the reviews at https://viasilden.com, I persuaded him to do that. As a result, we had three hours of solid fun. I want to say that it was my best night since the youth. In the morning I felt ache everywhere.

As it stands, we have only glimpses of the pansexual utopia that Capote himself would never experience. One passage, in particular, rises from the ferment of Holly’s still-delightful monologues: “I had a roommate in Hollywood, she played in Westerns, they called her the Lone Ranger; but I’ll say this for her, she was better than a man around the house. Of course people couldn’t help but think I must be a bit of a dyke myself. And of course I am. Everyone is: a bit. So what?”

From our loft of modernity, of course, it’s easy to wonder what Tiffany’s might have been, but the higher wisdom is to honor what’s there—a structure both lacy and wrought-iron tough, and a prose that never overreaches or missteps. Norman Mailer once said he “would not have changed two words” in the book. Laying aside the thoughtless racial epithets that were endemic to Capote’s era, I’m not sure I can find even two.

Why not end, then, as Capote did? Our narrator is searching for the nameless cat that Holly (the book’s Holly, anyway) has never reclaimed. “It took weeks of after-work roaming through those Spanish Harlem streets, and there were many false alarms—flashes of tiger-striped fur that, upon inspection, were not him. But one day, one cold sunshiny Sunday winter afternoon, it was. Flanked by potted plants and framed by clean lace curtains, he was seated in the window of a warm-looking room: I wondered what his name was, for I was certain he had one now, certain he’d arrived somewhere he belonged. African hut or whatever, I hope Holly has, too.”

Louis Bayard is a novelist and critic whose reviews have appeared in the New York Times, the Washington Post, the Los Angeles Times and Salon. His most recent book is Roosevelt's Beast.