“It is a fact universally acknowledged that Vladimir Nabokov is a genius. His stylistic brilliance, the intricacy of his post-modern narratives, his glittering mastery of two great languages, the brooding depth of his intellect and his prolific output all elevate him above most other contemporary writers. So, if he’s a genius, what is his masterpiece? 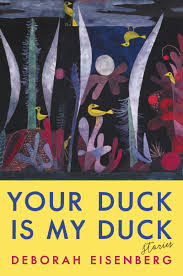 That's Roxanna Robinson and her reconsideration of Lolita for LitHub.

Former Board member and Balakian winner Steve Kellman writes and essay titled “Primo Levi's Invaluable Voice, in Full” about The Complete Works of Primo Levi in The Chronicle of Higher Education.

For Fourth and Sycamore, David Nilsen reviews Val Brelinski's The Girl Who Slept with God and Ray Bradbury's Something Wicked This Way Comes

This week Karl Wolff continues his essay series, “American Odd,” by examining the underground classic, “The Book of the SubGenius,” by J.R. “Bob” Dobbs for the Chicago Center for Literature and Photography.

C.M Mayo reviews Nut Country: Right-Wing Dallas and the Birth of the Southern Strategy by Edward H. Miller for the Washington Independent Review of Books.

Michael Magras reviews four short story collections (Only the Animals by Ceridwen Dovey, The Tsar of Love and Techno by Anthony Marra, Barbara the Slut and Other People by Lauren Holmes and I Was a Revolutionary by Andrew Malan Milward for Bookpage.

Your reviews and recommendations help seed these roundups: If you’re an NBCC member with a review you would like considered for inclusion, please it to email nbcccritics@gmail.com.