Remarks on accepting the 2013 Nona Balakian Citation for Excellence in Reviewing: March 13, 2014  (as written, which is pretty much as given, though in the turbulence of the moment a couple of words disappeared, others materialized unbidden) by Katherine A. Powers 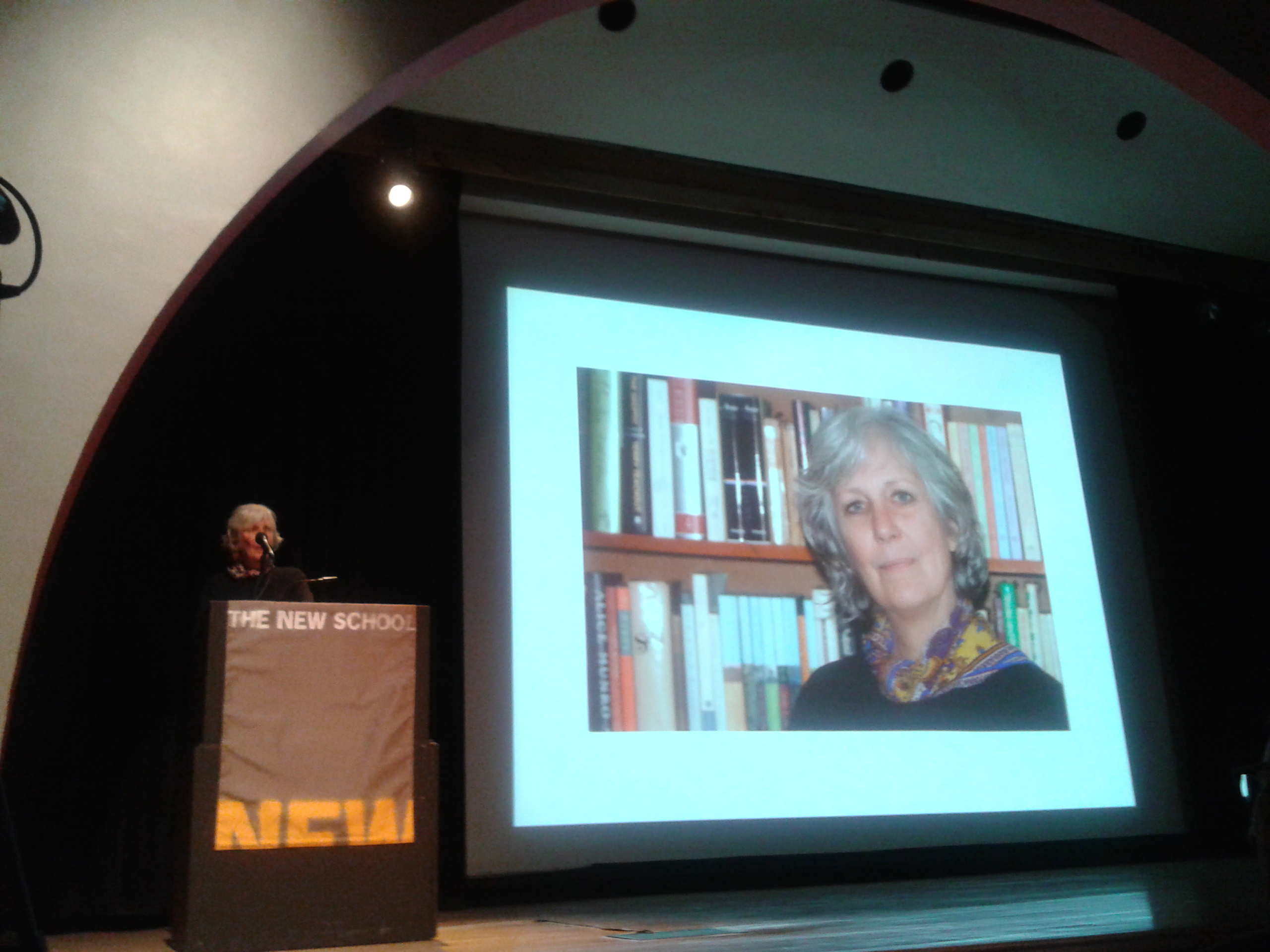 I'd like to begin by saying how honored I am by this citation.  Even though I always believed that book reviewing was my calling, I didn't review a book until I was over forty, when all hope of ever doing so seemed to have vanished.  So I owe some people a lot of thanks.

Betsy Buffington Bates who phoned me out of the blue and gave me my start at Boston Magazine. Gail Caldwell, once books editor at the Boston Globe, who took me on there and her successor, David Mehegan who gave me my own column.  I thank Jim Mustich who, many years later, invited me and my column into the Barnes and Noble Review and Bill Tipper who edits me there with such intelligence and tact.  Thank you also to Ron Charles of the Washington Post, not least for giving me room to review audio books, those often brilliantly executed works that are, in some quarters, still mysteriously disparaged.  And finally, I thank the National Book Critics Circle and the committee who awarded me this citation, with special thanks to Gregg Barrios whose generosity has made it the biggest payday I have had in a very long time.

I, personally, like it that the Nona Balakian citation is for “excellence in reviewing” which I take to be slightly different from literary criticism, at least it is for me.  “Reviewing” suggests covering books in a way that, whatever else it might do—and it can do plenty—alerts readers to whether or not the book in question is something they'd like to read.  Most people who read book reviews—not that most people do read book reviews—do so because they enjoy reading about books and are looking for suggestions for what to read.

So, here's where I stand on the subject: The reader's interests come first.  We must be honest about a book even when it's a failure in part or in whole.  That's obvious and sounds sanctimonious, but it's a little sick-making to put into practice, that is, when you start thinking of the author's hard work, hope, and unhappiness—or of that author calling you scum.

When my father, who was a writer, read that a reviewer who had been critical of his work, had died, he remarked: “Well, what did he expect?”

Next off, we should be faithful to the work—say what it is and not blather on about what we think it should have been.  A corollary to that is we should be fair to the writer, and for me that means trying not to review books that are simply not my cup of tea.  I, for instance, would not be the person to write a review of Tender Buttons or Finnegans Wake.  Individual taste plays a big role in judgment, or as H. L. Menken put it—correctly, “Criticism is prejudice made plausible.”

We all have our own individual partialities and biases—that is, our point of view.  I believe reviews should show one particular, well-read person's engagement with a book and convey how that mind, furnished with past reading, was quickened by the encounter.  Not only is this what reading's all about, but it also gives readers an idea if the reviewer is the kind of person whose taste they share and judgment they can trust.

Too many reviewers—none present here I'm sure—write as if they were announcing the verdict of some association of experts or some cohort of worthies speaking on behalf of the greater good.  The reviews I am referring to have a supervisory quality, or, in so many instances, a routine one—in the case of novels, simply grinding through the plot, inserting a spoiler, and then turning on the thumbs-up-thumbs-down function.  These reviews could be done by an app—as no doubt they will be in this Future everyone talks so much about, the Future I'm doing my best not to think about.

Clarity, economy, and personal style, that's what I like to see: And a sense of humor—understated, preferably.   It is humor, after all, along with art and immorality, that distinguishes human beings from animals—and even from apps—at least for those of us who believe there is a distinction.

Well, there you have it.  I have dished out a lot of instruction and complaint, but when am I ever going to get another chance to do it with a microphone and before so many distinguished people?   Thank you very much for this honor—in every sense.

Katherine A. Powers is a contributor to many national book review sections, including the Boston Globe, the Washington Post and the Barnes and Noble Review. She lives in Cambridge, Massachusetts, and is the editor of “Suitable Accommodations: An Autobiographical Story of Family Life: The Letters of J. F. Powers, 1942–1963.”