What is your favorite National Book Critics Circle finalist of all time? The first NBCC winners, honored in 1975 for books published in 1974, were E.L. Doctorow (Ragtime, fiction), John Ashbery (Self-Portrait in a Convex Mirror, poetry), R.W.B. Lewis for his biography of Edith Wharton, and Paul Fussell (The Great War and Modern Memory, criticism). In 2014 the National Book Critics Circle prepares to celebrate nearly forty years of the best work selected by the critics themselves, and also to launch the new John Leonard award for first book. So we're looking back at the winners and finalists, all archived on our website, and we've asked our members and former honorees to pick a favorite. Here's the twentieth of dozens of choices in our latest in six years of NBCC Reads surveys. 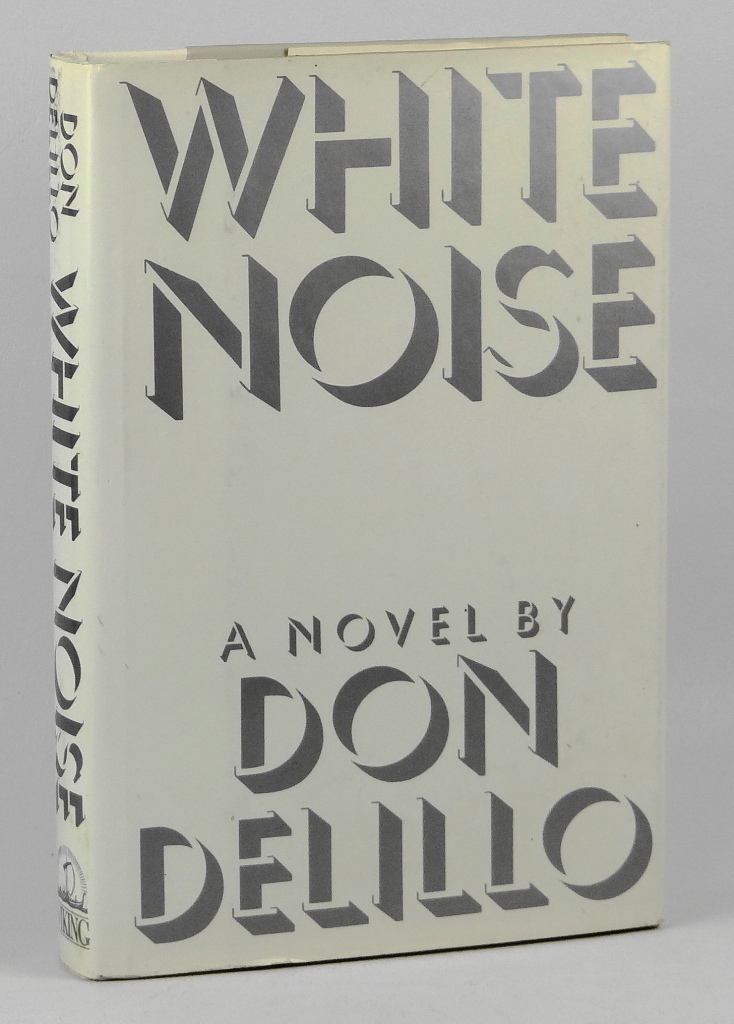 To read White Noise in college was to revel in the effects of a cool pinprick’s deflation of the material excess, heedless privilege, and academic pretension that make up so much of American higher education. You could recognize the narrator’s sense of dread as he describes the noontime arrival of the station wagons to the liberal arts college where he teaches, “a long shining line that course through the west campus,” as well as share in the ironic celebration. When he paints the scene later for his wife with put-on glee, in one of many efforts to combat the crushing march of time and stave of his obsessive fear of death, the critique unavoidably points inward.

Death as a theoretical concept is the major substance of White Noise. The word, in several variations, appears 321 times in the text. And yet the book has an unending appeal.

Where to start? The gallows humor of Hitler expert Jack Gladney’s bold yet cowardly self-delusion; pop-culture scholar Murray J. Siskind’s brisk postmodern commentary: “We’ve agreed to be part of a collective perception….A religious experience in a way, like all tourism”; these characters’ many attempts to decode the town supermarket’s “blasts of color, layers of oceanic sound”; and the delicious, tabloid-soaked dread that surrounds the apocalyptic “Airborne Toxic Event.”

White Noise is more than an artifact of consumer satire. It’s continued to live through the past decades in part because of the unforgettable Gladney family household, which heaves and writhes at its center like the washing machine in the home entranceway or the trash compactor’s “mangling din.”

Bolstering Jack are his wife, Babette, and four children from different marriages. Heinrich, 14, wears camo fatigues, broods over his receding hairline, and plays chess over the computer with a convicted murderer. Daughters Denise and Steffie engage in coded conversations and adopt ordinary childlike habits that become freighted with meaning. (When Denise wears a green visor for weeks at a time, Gladney observers that “something about the visor seemed to speak to her, to offer wholeness and identity.”) And finally Wilder, the tricycle-riding six-year-old whose innocence is so cherished by Babette that she delights in his slow linguistic development. The house, which hosts the interactions between these people, their ritual engagement with television and take-out food, and their mysterious private moments, is the most important source of meaning for Gladney, and the richest source of drama.

Still, much of the action reported in White Noise is beyond Gladney’s control. The world seems to be coming undone in the clouded periphery. Heavy snows are a steady backdrop to a growing exodus of people crossing the highway overpass on foot as they flee the fallout from the Airborne Toxic Event, “cradling pets and small children, an old man wearing a blanket over his pajamas, two women shouldering a rolled-up rug.” Later, bodies are piled up outside supermarkets—but this time it’s only a drill. Babette takes pills that may or may not cause amnesia.

Gladney wants and doesn’t want to know what’s going on, and he lacks agency until the end, when he takes matters into his own hands with a stubborn clumsiness that rivals Humbert Humbert’s gun-wielding confrontation with Quilty. Fearing perhaps the entire notion of plot up until now (“All plots tend to move deathward,” he confidently tells his colleagues during an informal meeting), he finally sets out to prove his point. To DeLillo’s credit, it’s almost cathartic to watch him do it.

David Varno is the web manager for the NBCC and a web editor for Publishers Weekly. His essays and reviews have appeared in BOMBLog, the Brooklyn Rail, the Cleveland Plain Dealer, Tin House, and Words Without Borders, where he also served as Dispatches Editor.