What is your favorite National Book Critics Circle finalist of all time? The first NBCC winners, honored in 1975 for books published in 1974, were E.L. Doctorow (Ragtime, fiction), John Ashbery (Self-Portrait in a Convex Mirror, poetry), R.W.B. Lewis for his biography of Edith Wharton, and Paul Fussell (The Great War and Modern Memory, criticism). In 2014 the National Book Critics Circle prepares to celebrate nearly forty years of the best work selected by the critics themselves, and also to launch the new John Leonard award for first book. So we're looking back at the winners and finalists, all archived on our website, and we've asked our members and former honorees to pick a favorite. Here's the twenty-first of dozens of choices in our latest in six years of NBCC Reads surveys. 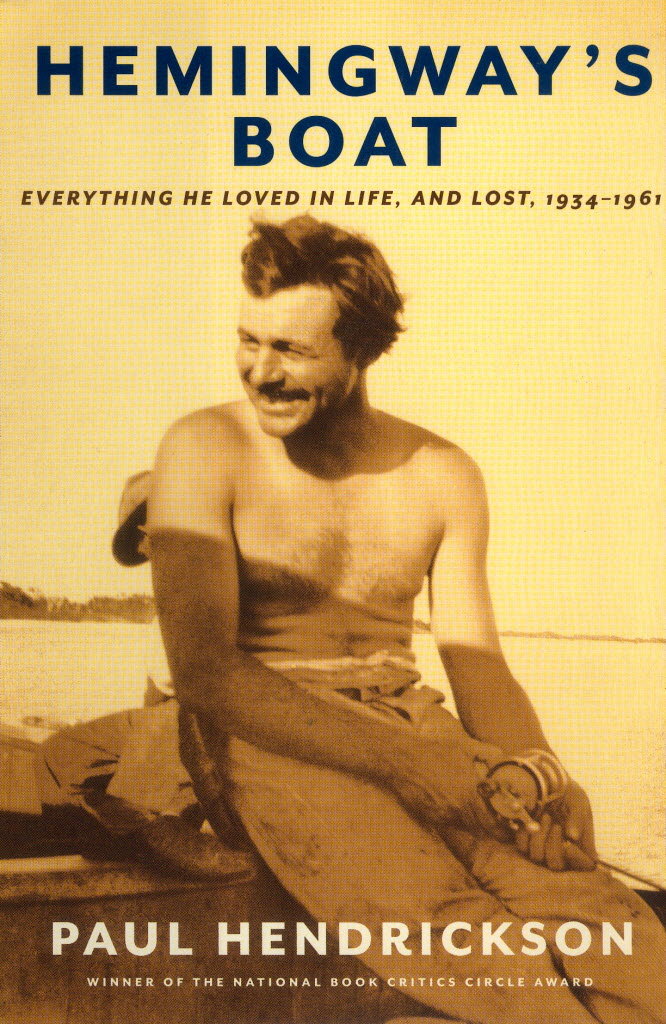 Paul Hendrickson's Hemingway’s Boat: Everything He Loved in Life, and Lost, 1934-1961(Knopf).  By no means my “favorite” book ever to be a finalist for an NBCC–surely a qualification that everyone will make?–but a wonderful book that I'd like to call further attention to. It's truly a labor of discernment and love: Hendrickson took decades to gather his material, and that included personal relationships with Hemingway's children, including the tortured Gregory/Gloria. I was engaged from beginning to end, and felt that my lifelong fascination with Hemingway had actually been requited with some heightened degree of understanding. That's about all you can ask from a biography of whatever sort.

Blake Bailey (@BlakeBaileyOn) is the author of A Tragic Honesty: The Life and Work of Richard Yates, a finalist for the 2003 National Book Critics Circle Award. His biography, Cheever: A Life, won the 2009 National Book Critics Circle Award, the Francis Parkman Prize, and was a finalist for the Pulitzer and James Tait Black Memorial Prizes. He also edited a two-volume edition of Cheever’s work for The Library of America. His most recent book, Farther & Wilder: The Lost Weekends and Literary Dreams of Charles Jackson, was published by Knopf in March 2013. He also recently completed a memoir, The Splendid Things We Planned, to be published by W. W. Norton in 2014. Norton will also publish Bailey’s biography of Philip Roth, who has agreed to grant Bailey exclusive access to papers, friends and family, and to make himself available for extensive interviews. Bailey’s articles and reviews have appeared in Vanity Fair, Slate, New York Times, Wall Street Journal, New York Observer, The Believer, Vice, Spy, Virginia Quarterly Review, Harvard Review, and elsewhere. He’s been writer-in-residence at The College of William & Mary and Old Dominion, where he’s currently the Mina Hohenberg Darden Professor of Creative Writing.