What is your favorite National Book Critics Circle finalist of all time? The first NBCC winners, honored in 1975 for books published in 1974, were E.L. Doctorow (Ragtime, fiction), John Ashbery (Self-Portrait in a Convex Mirror, poetry), R.W.B. Lewis for his biography of Edith Wharton, and Paul Fussell (The Great War and Modern Memory, criticism). In 2014 the National Book Critics Circle prepares to celebrate nearly forty years of the best work selected by the critics themselves, and also to launch the new John Leonard award for first book. So we're looking back at the winners and finalists, all archived on our website, and we've asked our members and former honorees to pick a favorite. Here's the seventeenth of dozens of choices in our latest in six years of NBCC Reads surveys. 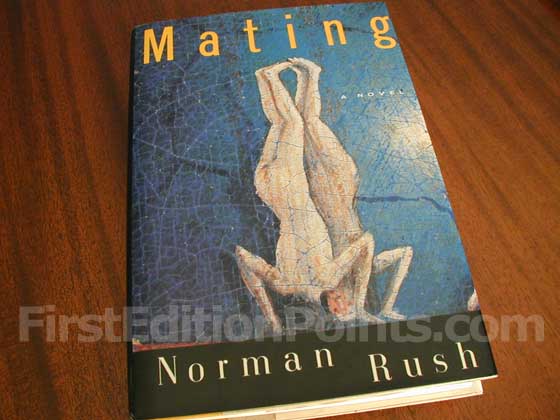 A tough choice, which I've narrowed down to two great and very different novels: Norman Rush's Mating and Penelope Fitzgerald's The Blue Flower. Were I compelled to choose between the two, it would be Mating. These novels are masterpieces in entirely opposite ways: The Blue Flower is a masterpiece of concision, Mating a masterpiece of voluptuous excess. Both take as their subject the incompatibility of private love with almost everything else in the world: art, politics, family, religion.

David Leavitt is the author of the short story collections Family Dancing (finalist for the PEN/Faulkner Prize and the National Book Critics’ Circle Award), A Place I’ve Never Been, Arkansas, and The Marble Quilt, as well as the novels The Lost Language of Cranes, Equal Affections, While England Sleeps (Finalist for the Los Angeles Times Fiction Prize), The Page Turner, Martin Bauman, or A Sure Thing, and The Body of Jonah Boyd. In 2002, he published Florence, A Delicate Case as part of Bloomsbury’s series “The Writer and the City.” His Collected Stories was published in 2003 by Bloomsbury. The Man Who Knew Too Much: Alan Turing and the Origins of the Computer appeared in 2005 and the novel The Indian Clerk (finalist for the PEN/Faulkner prize and shortlisted for the IMPAC/Dublin award) appeared in 2007. A new novel, The Two Hotel Francforts, was published in October 2013. Professor Leavitt is also the editor of Subtropics, the literary magazine edited in the Department of English.