What is your favorite National Book Critics Circle finalist of all time? The first NBCC winners, honored in 1975 for books published in 1974, were E.L. Doctorow (Ragtime, fiction), John Ashbery (Self-Portrait in a Convex Mirror, poetry), R.W.B. Lewis for his biography of Edith Wharton, and Paul Fussell (The Great War and Modern Memory, criticism). In 2014 the National Book Critics Circle prepares to celebrate nearly forty years of the best work selected by the critics themselves, and also to launch the new John Leonard award for first book. So we're looking back at the winners and finalists, all archived on our website, and we've asked our members and former honorees to pick a favorite. Here's the eighteenth of dozens of choices in our latest in six years of NBCC Reads surveys. 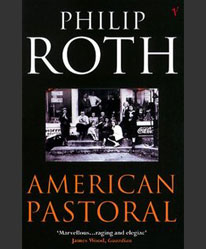 Since every book is happy and unhappy in its own way, our annual exercise in choosing the best books of the year is, even within the same category, a matter of comparing apples and orangutans. And presuming to name the best of the best among the pantheon of NBCC picks since 1975 is a mag&rsqrsquos game, if the mag is one of those publications that like to provoke with lists. I would merely single out the fiction finalists for 1997 as particularly luminous and irksome. NBCC finalists are rarely bestsellers or translations. But that year’s gang of five included the Civil War novel Cold Mountain; its author, Charles Frazier, must have found consolation for not winning the NBCC award in the fact that he did win the National Book Award and also sold 3 million copies.

But the strongest competition in 1997 came from the remaining three. Like her compatriot Hilary Mantel, who received the NBCC Fiction Award in 2009 for Wolf Hall, Penelope Fitzgerald was a master of historical fiction. And her 1997 nominee, The Blue Flower, which fictionalizes the life of poet Novalis, is Fitzgerald’s final book, her crowning achievement. It faced competition from two big books with outsized ambitions to be The Great American Novel.

Beginning with its stunning opening chapter, in which J. Edgar Hoover and Frank Sinatra watch the New York Giants defeat the Brooklyn Dodgers for the 1951 National League pennant, Don DeLillo’s Underworld takes the temperature of America in the age of nuclear destruction.

But it is the final chapter of Philip Roth’s American Pastoral, in which the novel’s characters and themes converge at a fretful dinner party held during the Watergate hearings, that is the book’s most haunting – an intricately orchestrated elegy for the American Dream. I was serving on the NBCC board in 1997. I did not vote for Cold Mountain, Dreams of My Russian Summers, or The Blue Flower. And I honestly cannot remember whether my vote went to Underworld or American Pastoral. But I often go back to both.

Steven G. Kellman was awarded the Nona Balakian Citation for Excellence in Reviewing in 2007. His work has appeared in a wide variety of publications including the Texas Observer, Chronicle of Higher Education, Huffingtonpost.com, Chicago Tribune, Review of Contemporary Fiction, the Believer, Bookforum, and Georgia Review. His books include Redemption: The Life of Henry Roth (Norton, 2005), The Translingual Imagination (Nebraska, 2000), Loving Reading: Erotics of the Text (Archon, 1985), and The Self-Begetting Novel (Columbia, 1980). Kellman is a professor of comparative literature at the University of Texas at San Antonio. He is a National Book Critics Circle Vice President/Membership and served three previous terms on the board.