What is your favorite National Book Critics Circle finalist of all time? The first NBCC winners, honored in 1975 for books published in 1974, were E.L. Doctorow (Ragtime, fiction), John Ashbery (Self-Portrait in a Convex Mirror, poetry), R.W.B. Lewis for his biography of Edith Wharton, and Paul Fussell (The Great War and Modern Memory, criticism). In 2014 the National Book Critics Circle prepares to celebrate nearly forty years of the best work selected by the critics themselves, and also to launch the new John Leonard award for first book. So we're looking back at the winners and finalists, all archived on our website, and we've asked our members and former honorees to pick a favorite. Here's the fifteenth of dozens of choices in our latest in six years of NBCC Reads surveys. 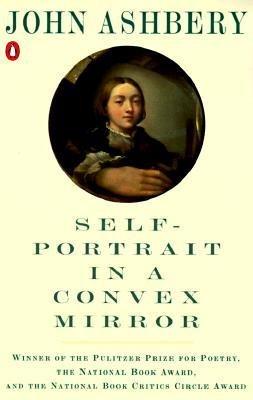 I'd have to vote for John Ashbery. Ever since I read my first Ashbery poem, “The Skaters,” in college, in 1971, I've had a soft spot in my brain for his loopy, transcendent poetry.

Brad Gooch's "City Poet: The LIfe and Times of Frank O'Hara" is being reissued by Harper Perennial in 2014. His "Flannery: A Life of Flannery O'Connor" was an NBCC award finalist and New York Times 2009 Notable Book of the Year. A Guggenheim fellow, and recipient of a National Endowment for the Humanities fellowship, he's currently writing a biography of the thirteenth-century Sufi poet and mystic Rumi.