What is your favorite National Book Critics Circle winner or finalist of all time? The first NBCC winners, honored in 1975 for books published in 1974, were E.L. Doctorow (Ragtime, fiction), John Ashbery (Self-Portrait in a Convex Mirror, poetry), R.W.B. Lewis for his biography of Edith Wharton, and Paul Fussell (The Great War and Modern Memory, criticism). In 2014 the National Book Critics Circle prepares to celebrate nearly forty years of the best work selected by the critics themselves, and also to launch the new John Leonard award for first book. So we're looking back at the winners and finalists, all archived on our website, and we've asked our members and former honorees to pick a favorite. Here's the second of dozens of choices in our latest in six years of NBCC Reads surveys. (And here's the first, from four-time NBCC finalist Richard Powers.) 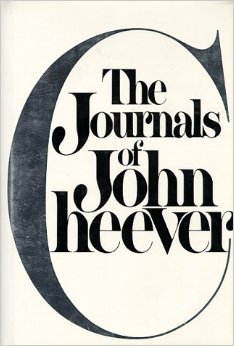 Perusing the NBCC Winner's list, right off you appreciate what a magnificent award it's been: the Circle's best has been America's best, too.  (To find oneself actually on this list is, for me, an honor so outsized it verges on the absurd.)

With Nabokov, Doctorow, Ashbery, Ozick, Morrison, Bishop, Roth, Lowell, Updike — names from just the first three years (!) — how can you pick a favorite? The choice — with books, with writers, this great — the choice has to go beyond a judgement on quality. Maybe from the shelf a certain book happened to peek at you on a certain life-changing day. Maybe it whispered its message at a pitch, at some lucky time, in some lucky place, you needed to hear.

As Melville wrote about his own love of Hawthorne (and it’s one of the many generous and brilliant things Melville said about  Hawthorne):  He “oscillated in Hawthorne’s rainbow.”  That's a fancy and cool way to tell us: if you’re a serious reader, books exist that will activate in you some feeling of kinship — some frizzle of recognition. This lets you know who you are, or want to be. That personal voice talks just to you and makes you love a book more than you might other books — equally-good books.

So, my feat of impossible choosing is: 1991's The Journals of John Cheever. I hold to the mildly heterodox opinion that this — not Falcolner, not that big red book of stories that's found in most good him libraries — is the best Cheever. Sad and brilliant, filled with Melville-depth prose, this would be — were it fiction — one of the great American novels.  I don't know of a better written American book in the latter half of the 20th century; every time I open it, i think: ow can he have written this well, and not wanted to publish each word?  But of course, he did. It's his masterpiece. It lost its year, to another great book, Patrimony. Which might have been my choice, on another day, in another mood. That's the thing about this list. How can you go wrong?

Darin Strauss won the National Book Critics Circle award in autobiography for Half a life. He is a recipient of the Guggenheim Fellowship and a winner of the American Library Association's Alix Award. He is the author of the novels Chang & Eng, The Real McCoy, and More Than It Hurts You. His books have been New York Times Notable Books, Newsweek, Los Angeles Times, San Francisco Chronicle, Amazon, Chicago Tribune, and NPR Best Books of the Year, among others. Darin has been translated into fourteen languages and published in nineteen countries, and he is a Clinical Associate Professor at NYU's creative writing program.