In the weeks leading up to the February 28 announcement of the 2012 NBCC award winners, Critical Mass highlights the thirty finalists. Today in our series, NBCC board member Colette Bancroft offers an appreciation of nonfiction finalist Spillover: Animal Infections and the Next Human Pandemic (W.W. Norton) by David Quammen. 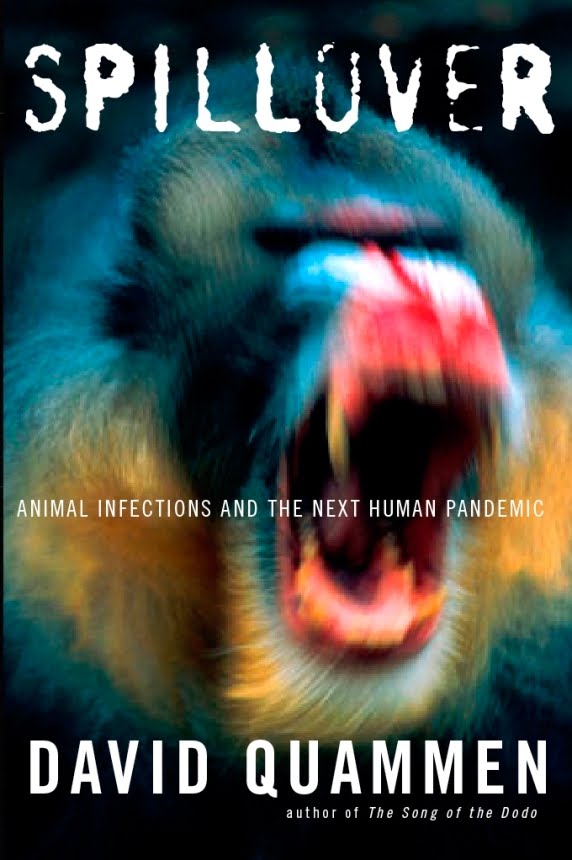 David Quammen spent five years shadowing scientists around the globe as they pursued the possible sources of the next devastating human plague: rats, bats, birds, pigs, monkeys or some other nonhuman creature. The result is Spillover: Animal Infections and the Next Human Pandemic (W.W. Norton), a compelling and important work of science journalism that often reads like a detective thriller.

Quammen, a journalist and author of fifteen books, has been a Rhodes Scholar and Guggenheim Fellow and has won the John Burroughs Medal for nature writing. His books include The Song of the Dodo: Island Biogeography in an Age of Extinctions, Monster of God: The Man-Eating Predator in the Jungles of History and the Mind and The Reluctant Mr. Darwin: An Intimate Portrait of Charles Darwin and the Making of His Theory of Evolution.

The subject of Spillover is zoonoses, diseases of animals that are or become communicable to humans. Such jumps have occurred throughout history and before, but, as Quammen explains, in an age of global travel and environmental depradation (which can disturb natural systems and unleash unanticipated problems), diseases such as SARS, avian flu, Ebola and AIDS can have even more dire consequences.

Quammen delivers the history, science and human implications of spillovers, from microcosm – he offers a remarkably clear explanation of the nature of viruses, highly complex organisms that remain in part a mystery to science even though they sicken and kill millions of people annually – to macrocosm, as when he charts how diseases spread from animals to humans and then through human populations (and why they sometimes don’t).

Even when it comes to zoonoses we think we know something about, he has surprises to report; for example, Lyme disease, often associated with deer ticks, has nothing to do with deer. Always, Quammen tells his stories in human terms, couching them vividly in the experiences of individuals: scientists, doctors and patients, a bushmeat dealer in an African village market, a horse trainer in Australia.

One standout chapter, The Chimp and the River, exemplifies the strengths of the entire book. This arresting and startling account of the origins of the AIDS virus goes back much further in history than most of us might expect, tracing evidence of the disease in humans to tissue samples taken in Cameroon in 1908. As Quammen writes, “Take a breath. Now those bits of understanding will boost us across a deep gulf of molecular arcana to an important scientific insight. Here we go.” His explanation of how the disease “grew slowly and inexorably from there” to finally explode worldwide in the 1980s is both richly detailed and riveting.

Quammen is that rare combination, a deeply intelligent science reporter and an elegant, engaging writer. Spillover will not make anyone sleep more soundly, but it is a valuable and unforgettable book.