In the weeks leading up to the February 28 announcement of the 2012 NBCC award winners, Critical Mass highlights the thirty finalists. Today in our series, NBCC board member Stephen Burt offers an appreciation of criticism finalist Reinventing Bach (Farrar, Straus and Giroux) by Paul Elie. 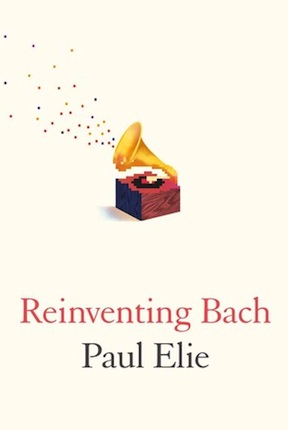 J. S. Bach and his music have not been all things to all people, but they have come close; the German composer’s choral masses, partitas, toccatas and fugues, his suites for cellos and his collections of masterful works for the keyboard, have signified hope and charity, unworldly prayer and technical mastery, the suddenly modern and the very old. Confident and informative, unafraid to judge but never polemical, Elie’s big book shows how, and asks why, Bach’s works have been so valuable, and so adaptable, while so many other composers seem, to modern ears, mere products of their own tastes, their own times.

Elie gives fluent force to Bach’s biography, from unpromising (if obviously musical) beginnings in Thuringia to fame as “cantor and music director” at schools and churches in Leipzig. Interwoven with parts of that biography are accounts of Bach’s twentieth-century interpreters, in and out of the concert hall, the recording studio, and the headlines.  Before he became famous for philanthropy, Albert Schweitzer was a prominent organist, with a special line in Bach; Pablo Casals organized his life as a cellist around Bach’s compositions even as he also organized that life (and, for years, refrained from performance) as a protest against Franco’s regime in Spain. The conductor Leopold Stokowski, now best known for Disney’s Fantasia, made “classical” music more popular in America in part through much-publicized orchestral versions of Bach. Pianist, harpsichordist and thereminist Rosalyn Tureck built a career around Bach; Glenn Gould followed Tureck’s path early, but went on to much greater fame. Leonard Bernstein, Judy Collins, Leon Fleisher, Lorraine Hunt, and Yo-Yo Ma, among other interpreters, come in later on.

You can learn a great deal of music history—and of other history: the wars of religion, the civil war in Spain, the history of television—from Elie, but he has not simply told good stories. Instead, he uses these stories (including Bach’s own) to make his own always attentive and sometimes exultant claims about how Bach’s compositions work, and about what great performers have done with and for them. Bach’s Toccata and Fugue in D Minor (one of those pieces you know even if you don’t know you know it: DAAAA….. da da da DA-da) becomes the first of several interpretive touchstones; we also find accounts of the Magnificat, the St. Matthew Passion, the cello suites, the Brandenburg concerti, and the Goldberg Variations, so important to Gould’s career. Stokowski’s “Big Bach,” transcribed for orchestras larger and louder than any that Bach would have known, cannot be separated from the prominence Bach’s compositions attained in America; Big Bach has receded, replaced by more careful, more historically informed performance, even while those other trends of digital adaptation, remixing and remastering keep up their pace.

Elie uses these works and others to make two big points. The first, quite explicit, has to do with technology. Bach, we learn, has proven unusually amenable (more so than his classical and Romantic successors) to the advance of electric and electronic recording: each new way to play, or to hear, so-called classical music (and a few ways to hear popular music too) tested itself on this composer’s work. Music was once something that we had to hear live—sometimes we had to hear it in church; now it’s all around us, on recordings, on the radio, on CDs, on Spotify or Pandora, as background to moving images, and it’s often processed electronically as it is made. Performers and interpreters of Bach have often embraced those changes, from Stokowski’s televised orchestras to Glenn Gould’s famous studio recordings to Walter (now Wendy) Carlos’s Switched-On Bach (which Gould praised): “with Gould’s Goldberg,” Elie writes, “the music of Bach was fully joined to the inventions of audio recording, and the music was thrust into the space where it exists today.”  Romantic compositions might live or die with the settings for which they were written, but Bach’s confident lines, so fit for so many instruments, seem almost pre-made for our high-tech world.

At the same time Bach’s music has represented a way to rise above the material world: the religious dimension in this passionately Protestant composer has proven amenable to other spiritual practice, including nonsectarian, non-Western and Catholic uses (it’s played for the Pope).  Bach’s great moments, listeners may feel, testify to the benevolence of a Creator, to the way that pain in this world becomes Passion, or to something clearer, happier, more majestic, and more lasting than the life we already know. Elie, long an editor at Farrar, Straus and Giroux, first gained notice as a writer for work on American Catholic literature, and he is now a fellow at Georgetown University, where he studies religion. Reinventing Bach is not quite partisan— committed secularists, rock and rollers, hip-hop experts, and deep-dyed Romantics have nothing to fear, and much to love, within its pages. And yet Elie’s “gratitude for the music of Bach” (as he puts it), and his attention to others’ gratitude, has an inevitable spiritual cast, one consonant with Bach’s writings and with Bach’s life: if this music, so “manifestly a source of transcendence,” does not require us to thank a Creator, its power and its persistence can make us feel glad and grateful nevertheless.