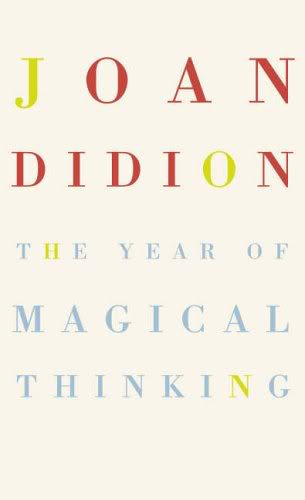 Yesterday, we republished D.G. Myers' critique of the term “literary journalism.” As we wrap up this spring's NBCC Reads posts on the topic, we've asked Norman Sims for a response. Sims is an honors professor in the Commonwealth Honors College at the University of Massachusetts Amherst. He is the author of a history, True Stories: A Century of Literary Journalism (2007); a collection of scholarly articles by several authors, Literary Journalism in the Twentieth Century (2008); and two anthologies: Literary Journalism (1995, with Mark Kramer) and The Literary Journalists (1984).

I was asked to respond to the points made by Assoc. Prof. D. G. Myers in Commentary and to say what I feel defines literary journalism today.

Myers complains about using the word “literary,” saying that literary pretensions are pretentious and phony, as in the term “literary fiction.” He uses the word himself in his blogger profile, which says, “I founded the literary magazine Quarry (later Quarry West) with Raymond Carver.” I don’t begrudge his use of the term “literary” in that context; it helps distinguish his magazine from comic books, Vogue, and Commentary. It’s a useful term, as is the term literary journalism.

The International Association for Literary Journalism Studies has taken note of the distinction that Myers makes. Its website says, “For the purposes of scholarly delineation, our definition of literary journalism is ‘journalism as literature’ rather than ‘journalism about literature.’” The only person I’ve encountered who was actually confused about this was a scholar from Ireland who attended an early convention of the IALJS in Paris. He left the meeting quite encouraged because he had discovered something new outside of writing about literature.

I agree that the term has some inherent difficulties, as do all such terms. I more-or-less invented or revived the term in the modern era in a 1984 book, so let me explain.[2]  “Literary” is a sacred and self-congratulatory term, and it is matched with “journalism,” a profane term. English departments tend to prefer “creative nonfiction,” a term with even more inherent difficulties. “Creative” implies that it can be made up—and it often is—and “nonfiction” says what it is not.  The choice of terms was debated in the IALJS, and that scholarly group decided to go with literary journalism.

It may be presumptuous for a writer to claim the status of literary journalist, as it might be for a painter to say she’s an artist. As Myers says, writers “leave the question of literature, the question of lasting value, up to the literary critics.” I am a historian of the form, so even by Myers’ standards I’m entitled to use the term to describe the work of Edmund Wilson, James Agee, Martha Gellhorn, Joseph Mitchell, John McPhee, Joan Didion, Tom Wolfe, or—to mention some National Book Critics Circle winners and finalists—Tracy Kidder, Jonathan Harr, Richard Rhodes, J. Anthony Lukas, Barry Lopez, Jane Kramer, Barbara Ehrenreich, Amy Wilentz, Melissa Fay Greene, Norman Maclean, Madeleine Blais, Jonathan Raban, Anne Fadiman, Jon Krakauer, Ted Conover, Frances Fitzgerald, Barry Werth, Adrian Nicole LeBlanc, Svetlana Alexievich, Dexter Filkins, Isabel Wilkerson, and many others who meet some commonly agreed upon standards.

The standards have been vigorously debated in an international conversation. Typically, literary journalism involves immersion reporting (sometimes for a year or longer), the active presence of the author’s voice in the narrative, and it uses the tools long associated only with fiction, such as elaborate structures, characterization, and even symbolism, but with the added requirement of accuracy. Literary journalism often deals with ordinary people rather than celebrities or politicians. Such long-form narratives stand in contrast to the relatively hurried forms of standard journalism. In some eras and in some countries, literary journalism is also known as reportage. We are not talking about the faceless, objective-style writing that characterized journalism during the post-1920s era, nor the self-centered commentary of bloggers. We want to feel the voice of the writer on the page, which allows us to experience the world that was encountered during immersion reporting.

I find myself partially agreeing again with Myers when he says, “Most of what gets referred to as ‘literary journalism’ is some combination of history and travel writing—history because it undertakes to determine what happened in a past, travel writing because it depends upon first-hand observation in addition to documented evidence.” Travel writing almost always gives us a guide who is a presence on the page (see Anthony Bourdain or Martha Gellhorn for examples). History is not known as much for voice, but the great literary historians such as Edward Gibbon, Thomas Babington Macaulay, Thomas Carlyle, Jules Michelet, and Alexis de Tocqueville wrote strong narratives and left their consciousness in the works. Historian Keith Windschuttle said, “No one has ever provoked an objection by claiming history is a form of literature.”[3]

In my book True Stories (2007), I included an appendix listing 300 titles that could be considered literary journalism ranging from Mark Twain to contemporary writers such as Tracy Kidder, Ted Conover, Adrian Nicole LeBlanc and Susan Orlean. Picking favorites from among them is difficult. Michael Paterniti, in Esquire, wrote two of my favorite pieces of literary journalism in the past 15 years: “The Long Fall of One-Eleven Heavy,” about an airplane crash, and “Eating Jack Hooker’s Cow,” one of the best pieces I’ve read on racism. As happened with other great literary journalists of the twentieth century, these two articles used experimental literary strategies that pushed the boundaries of the form. I drove to Portland, Maine, to get Paterniti’s confirmation of the accuracy of both pieces—how can you know what was happening on a plane where everyone died? Read them yourself and see what you think.

[2] The first modern use of “literary journalism” was probably in 1937 by Prof. Edwin H. Ford at the University of Minnesota, but it didn’t catch on until I published The Literary Journalists in 1984.

[3] Windschuttle, Keith, The Killing of History; How a Discipline Is Being Murdered by Literary Critics and Social Theorists (Sydney, Australia: Macleay Press, 1994), p. 227.