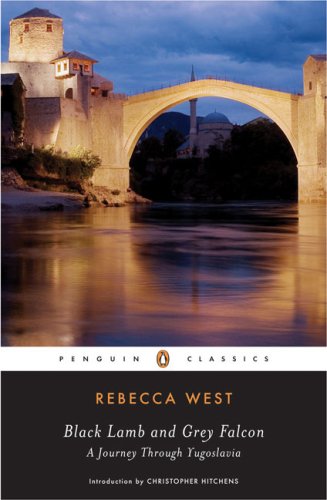 Many of the respondents to our latest NBCC Reads question selected literary journalists who are currently working. Before getting into those, however, let's take a brief look at some of the authors who are inspirational figures in the history of modern longform journalism, influencing the likes of Norman Mailer and Tom Wolfe (discussed in previous NBCC Reads posts).

Editor and critic Gerald Howard selected Joseph Mitchell's 1959 book, At the Bottom of the Harbor:

A long time New Yorker  staffer who wrote almost exclusively about the colorful denizens of his adopted city of New York, Mitchell is often cited as a journalist whose work of the forties, fifties and early sixties presaged the so-called New Journalism to come. This exquisite suite of pieces evoking the atmosphere and the characters of a now sadly vanished maritime New York  casts a unforgettable and melancholy spell not unlike Thomas Gray's “Elegy Written in a Country Churchyard.” A lot of superb literary journalists are flashier or write on a larger scale, but nobody can quite match Joe Mitchell's achievement in this, his best book.

Favorite work of journalism? Black Lamb and Gray Falcon, of course, the mother of all literary journalism, as Truman Capote and many others have testified. West writes a travel narrative in the form of a novel while digressing along the way to discourse on the fate of Western Civilization, the history of the Balkans and its art, the relationship between men and women, her own marriage, the nature of Christianity, the coming of World War II–in other words, the whole kaboodle.

I'm hardly the first to say this, but Truman Capote's In Cold Blood stands head and shoulders above not only its peers in nonfiction reportage, but also many works of fiction whose techniques it emulates and lays like a transparent slide over every page. Capote was not the first to blend fact and fiction in a major published book, but he was one of the best.  His literary investigation of the Clutter family murders works from the outside in.

Just look at the opening of the book: a wide-angle view of Holcomb, Kansas, “with its hard blue skies and desert clear air” and “white cluster of grain elevators rising as gracefully as Greek temples” from the wheat. Capote sustains that narrative distance and intimacy of language all the way to the closing scene of the book where convicted killer Perry Smith mounts the gallows to his fate of the thud-snap of a broken neck: “Step, noose, mask: but before the mask was adjusted, the prisoner spat his chewing gum into the chaplain's outstretched palm.”  True-crime books are as common as spent bullet casings in a rough neighborhood, but Truman Capote makes his book seem somehow truer than the rest through his use of magnetic prose.

This isn't an easy thing for me, to choose a favorite work of literary journalism, given how many works I love. Any and all of Ryszard Kapuscinki's books, especially “The Soccer War,” would do, but then there's that whole tricky question of how much he wrote about was “true” and how much wasn't. So with that in mind, I turn to George Orwell's “Homage to Catalonia,” a work I greatly admire for its author's restraint and empathy. What stays with me about the book is Orwell's modesty. Any author today would make such a book entirely about himself, about his travails and misadventures. Only an Orwell would preface a chapter in which he's shot in the neck with a line (and I'm paraphrasing from memory here) like, This next bit is in the book because I was shot in the neck and that in of itself is sort of interesting, but feel free to skip this chapter because it's really just a digression from the story at hand. All too often, that event would've been the focus of a book, with everything leading up to that. (“The Road to Wigan Pier” isn't bad, either. Required reading, one would think, in today's current awakening to the discrepancy between the haves-a-ton and the haves-not.)