Each day leading up to the March 8 announcement of the 2011 NBCC award winners, Critical Mass highlights one of the thirty finalists. Today, in #30 in our series, NBCC board member Carlin Romano on biography finalist, Ezra F. Vogel's “Deng Xiaoping and the Transformation of China” (Belknap/Harvard). 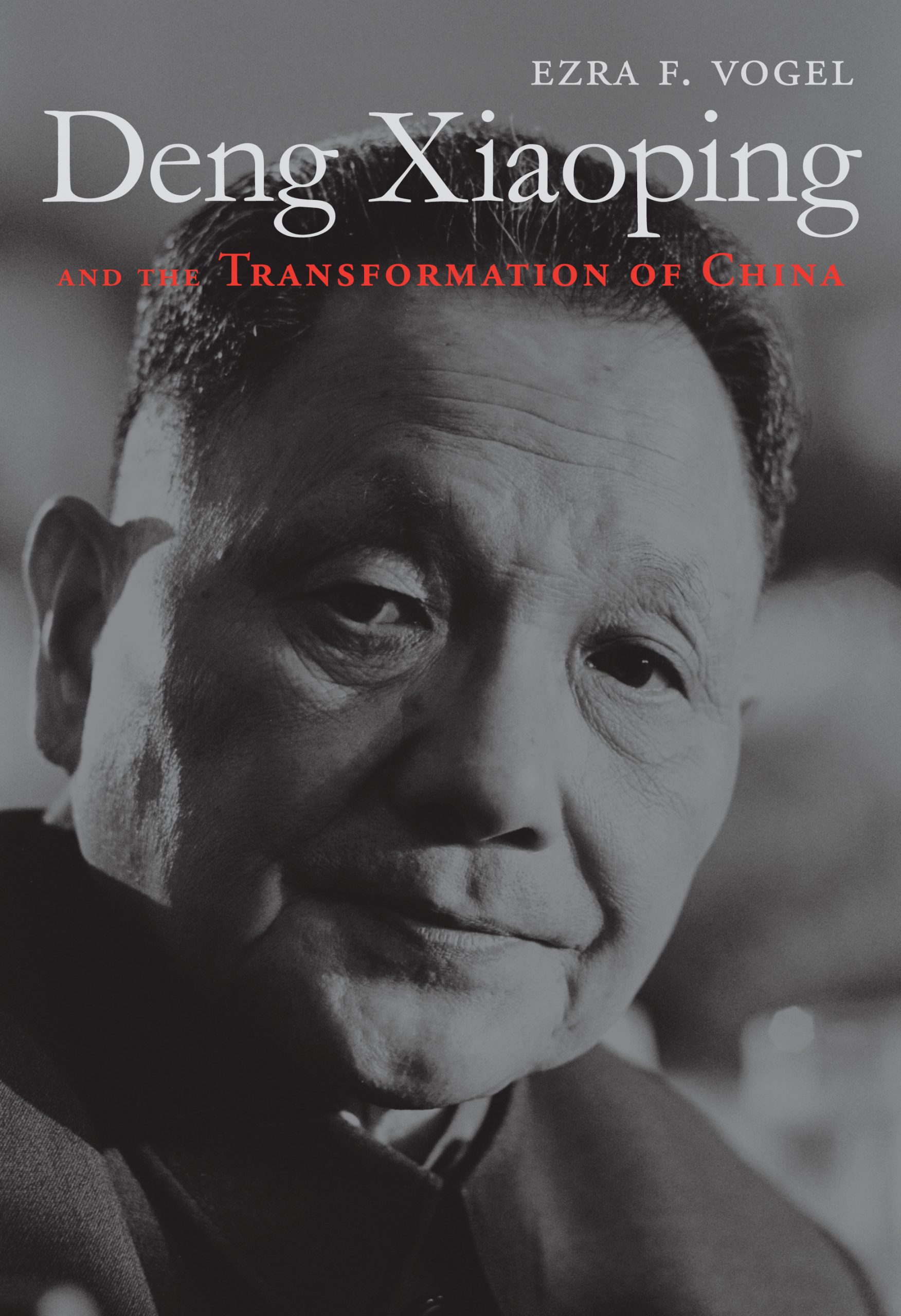 In world politics, as in most enterprises, everyone loves a winner. Today, China stands as a wealthy and powerful state,  the goal of its leaders for centuries. But the man most people credit for the rise is certainly not Mao Tse-Tung, who founded the People’s Republic, then killed scores of millions over 27 years at the top through his ill-conceived “Great Leap Forward” and “Cultural Revolution.”

The “good guy” in this scenario is his former lieutenant, Deng Xiaoping (1904-97), the diminuitive stalwart of the revolution whom Mao called a “needle inside a ball of cotton.” In his 11 years as China’s preeminent leader from 1978 to 1989, Deng–while killing far fewer innocents—transformed China from an economically weak Communist dictatorship into a capitalist, globalized, oligarchic dictatorship under an official Communist veneer.

Great policy scholars like to unravel the innards of momentous governmental achievement, and no American is better equipped to do so with Deng than Ezra F. Vogel, the Henry Ford II Professor of the Social Sciences Emeritus at Harvard and former Director of Harvard’s Fairbank Center for East Asian Research and the Asia Center. From his own citadel of power, Vogel met for decades with top Chinese Communist Party officials, taught their children, sought to understand their challenges and dilemmas. After retiring, he agreed with a judgment offered by his friend, former Washington Post foreign correspondent Don Oberdorfer: Vogel’s greatest remaining scholarly achievement would be to illuminate the man who opened China to world trade,  mandated technological and economic modernization, turned Mao into a revered irrelevance, raised hundreds of millions of Chinese out of poverty,  yet also massacred his own young people in putting down the 1989 Tiananmen Square demonstrations.

To that end, the still energetic emeritus committed himself to daunting research. He worked his way through Deng Xiaoping nianpu (A Chronology of Deng Xiaoping), the official 5-volume, 3,462-page account of Deng’s life and career published between 2004 and 2009. He spent a year in China interviewing, in Mandarin, Deng’s colleagues and family members. He visited Deng’s birthplace, spoke with two of Deng’s children, and plumbed the two memoirs by Deng Rong, Deng’s youngest daughter. Vogel appears to have read almost everything published about Deng, from reminicences to political analysis. To read Vogel’s preface alone is to understand the dimensions of a great scholar’s reach and accomplishment—Vogel even interviewed four of Deng’s interpreters.

The result is a magisterial, eye-opening  account of Deng’s career as public man. If it’s more modest and compact in reporting Deng’s less accessible early years, which included ruthless guerrilla fighting and 12 years (1937-49) of hard civil warfare for Mao, that’s understandable. Such was not the amiable, pragmatic Deng regarded as a likeable fellow with whom we “could do business” by everyone from Jimmy Carter to Ronald Reagan.

The indisputable force of Vogel&rsrsquos achievement as explainer of Deng’s complicated career does not place his book above criticism. Like most scholars steeped in social science and realpolitik, Vogel does spare much time for moralistic judgments about his subject. He acknowledges Deng’s crackdown on “rightist” intellectuals in 1957, his less than admirable actions during Mao’s disastrous induced famine, and other questionable deeds, but Vogel’s appreciation for Deng as leader comes through in the way he generalizes about how the man’s Party colleagues saw their boss: “He was above petty concerns and instead focused on providing the firm leadership that most felt China needed, as well as a sense of direction for their shared cause.”

That said, Deng Xiaoping and the Transformation of China magnificently demonstrates how a consummate scholar, possessed of an ideal combination of language skills, erudition and guanxi (useful personal connections), can guide a reader into the most opaque of foreign government cultures and make what was once called “the bamboo curtain” almost transparent. His subject, Vogel writes, learned over his long career “not to leave a paper trail, but to keep information in his head.” We are very fortunate that Ezra Vogel operates differently.