Each day leading up to the March 8 announcement of the 2011 NBCC award winners, Critical Mass highlights one of the thirty finalists. Today, in #11 of our series,NBCC board member Barbara Hoffert reviews fiction finalist Jeffrey Eugenides, “The Marriage Plot” (Farrar, Straus & Giroux). 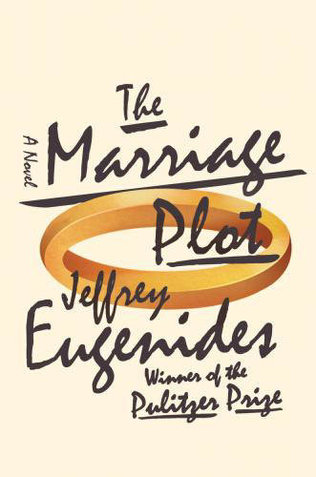 Not every writer can effectively vivify coming of age, love’s mad rush, and the slide into mental illness—trusted subjects in literature that often get pretty rusty treatment. But Jeffrey Eugenides is not every writer. He’s as brilliant and charismatic as Leonard Bankhead, the irresistible loner at the heart of his dazzling new novel, The Marriage Plot, who ensnares not just the intellectual attention of 1980s Brown graduating classmate Madeleine Hanna, besotted with English literature until he upends her thinking, but her heart as well. He’s as affecting and heartfelt as Madeleine herself, who takes love and runs with it despite the manifold complications of Leonard’s looming illness, never presented here for mere affect but for assured understanding, a grappling with the truth of what those with bipolar disorder endure. And he’s as protean and questing as the wittily named Mitchell Grammaticus, a character whose longing and search for identity we can identify with and make our own, a moody seeker after so many things—one of them being Madeleine’s heart.

And so a love triangle, perfected drawn, perfectly balanced, perfectly capturing the lives of three young people opening up and discovering that there is more to life than that initial flowering. So many writers would make that a bright, tinny thing, fun for the moment and gone in a flash; so many others would darken up their writing to celebrate, cynically, our inevitable disappointments and the downfall of love. But if Mr. Eugenides shows us, to quote Anthony Trollope, that “the way of true love never works out, except at the end of an English novel,” where the marriage plot preened until being swept aside by 20th-century hardheadedness, he also shows us how we work our way through love—and life. We learn with the protagonists, we enter their lives, we grapple with their grapplings, we escape into philosophical asides that make us reflect on what literature can deliver. And, at the end of this liquidly written evocation of our inevitable human patchiness, we find ourselves, with the protagonists, ready to begin again.

Q&A in the Economist: