Each day leading up to the March 8 announcement of the 2011 NBCC award winners, Critical Mass is highlighting our thirty finalists. In a first, the NBCC is partnering with other websites to promote our finalists as well in the categories of Criticism and Poetry. Our Criticism finalists will appear on The Rumpus, our Poetry finalists will appear March 7 at O, the Oprah Magazine website. To read NBCC board member David Ulin on Ellen Willis's finalist in Criticism, “Out of the Vinyl Deeps” (University of Minnesota Press), #20 in our 30 Books in 30 Days series, on The Rumpus, click here. 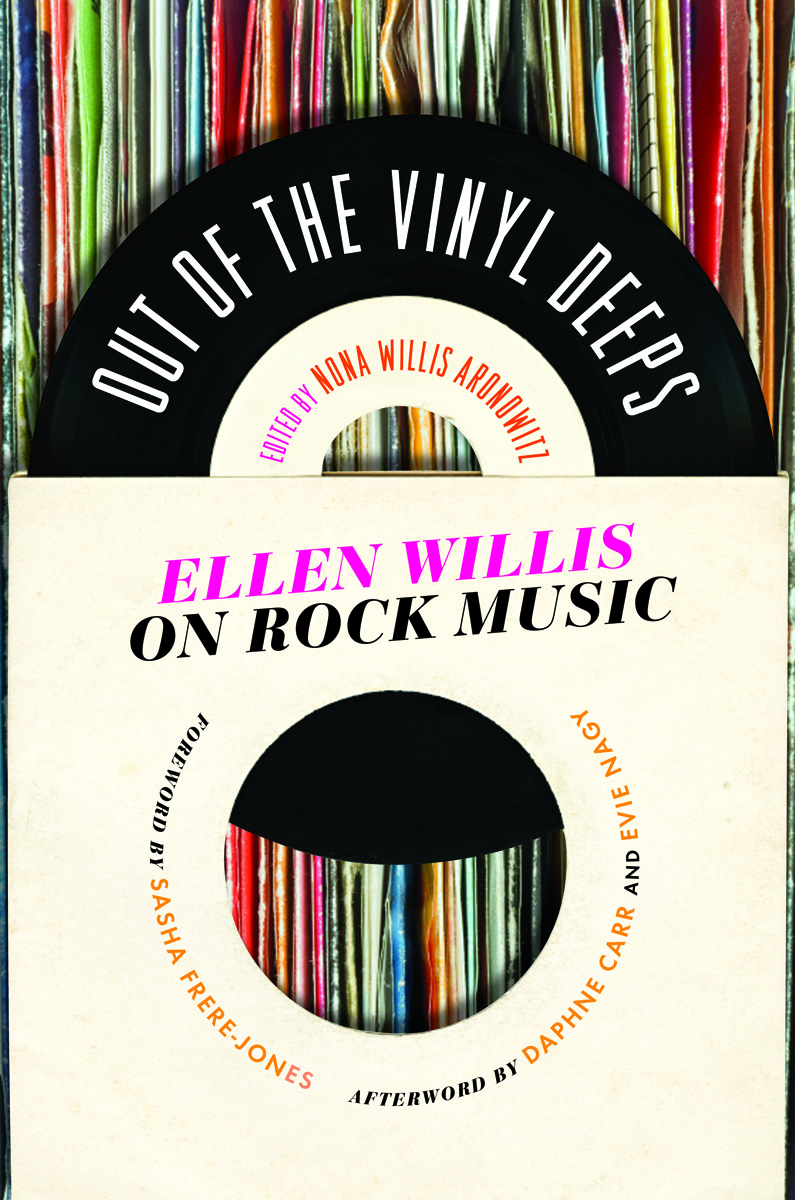 Ellen Willis, who died in 2006 at the age of 64, was the first pop music critic of the New Yorker, writing 56 pieces for the magazine between 1968 and 1975. Although she went on to become a groundbreaking journalist and editor at the Village Voice, focusing on feminism and her own stunning brand of liberation politics, and later founded the Cultural Reporting and Criticism program at NYU, her roots remain in rock ’n’ roll. At the same time, she also understood that criticism — at least as practiced in a publication such as the New Yorker — was equal parts service journalism and cultural commentary, requiring her to connect to the commercial demands of her readers (Should I buy this record? Should I pay attention to this band?) while also transcending them. Her music writing is remarkable for never losing sight of this duality, which is the duality at the heart of pop.

“Out of the Vinyl Depths: Ellen Willis on Rock Music” gathers 59 of her music pieces, all but 12 from the New Yorker. What defines the book is Willis’ intention as a critic, which was to confront her readers with strong judgments, to highlight her own thinking while making us think, as well. Such a sense of debate, of dialectic, emerges even (or especially) when Willis is arguing with herself. Here she is, for instance, on Janis Joplin, and the rise of the cult of musicianship, which she decries as antithetical to rock ’n’ roll’s populist roots: “I was a Big Brother fan. I thought they were better musicians than their detractors claimed, but more to the point, technical accomplishment was not something I cared about. I thought it was an ominous sign that so many people did care, including Janis. It was, in fact, a sign that the tenuous alliance between mass culture and bohemianism … was breaking down.”

Yet even as she frames her argument, Willis explores her contradictions, as a critic and a fan. If, in the former role, she regrets that Joplin left Big Brother, in the latter she recognizes the difficult position in which the singer found herself. “Joplin’s metamorphosis from the ugly duckling of Port Arthur to the peacock of Haight-Ashbury,” Willis tells us, “meant, among other things, that a woman who was not conventionally pretty, who had acne and an intermittent weight problem and hair that stuck out, could not only invent her own beauty … but have that beauty appreciated.” The observation is telling, both because of what it means for Willis (“It was seeing Janis Joplin,” she admits, “that made me resolve, once and for all, not to get my hair straightened”) and because by sharing it, she opens herself, and us, to Joplin’s vulnerability.

Starving will bring a lot more problems than a clever approach to the weight loss. Every person has his uniqueness. Some have stomach problems, the others blood pressure etc…Phentermine is a great means that should be used with food control.Very informative and useful information is provided on site http://www.phcconsulting.com/phentermine-online/.

As to why that matters, it’s all about commitment, which Willis brought to both the music and her work. This is what keeps “Out of the Vinyl Depths” from being a nostalgia trip. For those who know the music, it’s fun to see Willis wrestle with Lou Reed and Bob Dylan, the Beatles and David Bowie and the Who. It is more fun, though — and infinitely more important — to see her wrestle with herself. Willis was smart enough to get out of the rock writing business when the getting was good, but if these pieces have anything to tell us, it’s that there can be no criticism without connection, and that writing about the art we love, the art that moves us, infuriates us, stirs us, only works to the extent that we are willing to reveal ourselves.