The National Book Critics Circle and The New School present

NEW YORK, NEW YORK (AND BROOKLYN AND THE BRONX)

A reading/conversation with NBCC award finalists and winners in prose whose lives in the New York metropolitan area are reflected in their work.

A recipient of a Guggenheim Fellowship, Lynne Tillman is a novelist, short story writer, and cultural critic. Her novels include “Haunted Houses,” “Motion Sickness,” and “No Lease on Life,” a finalist for the National Book Critics Circle Award in Fiction and a New York Times Notable Book of the Year. Tillman has published three nonfiction books, including an essay collection,”The Broad Picture,” as well as four story collections, including “Absence Makes the Heart” and, most recently, “Someday This Will Be Funny.”  She is currently writing a column for Frieze magazine.  Recently, EBR published a casebook on her most recent novel, American Genuis, A Comedy.” 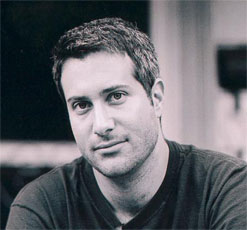 A recipient of the Guggenheim Fellowship, Darin Strauss is the author of the novels “Chang & Eng,” “The Real McCoy,” and “More Than It Hurts You,” and the National Book Critics Circle award-winning memoir “Half a Life“. These have been New York Times Notable Books, Newsweek, Los Angeles Times, San Francisco Chronicle, Chicago Tribune, and NPR Best Books of the Year, and Darin has been translated into fourteen languages and published in nineteen countries. He is a Clinical Associate Professor at NYU's creative writing program.

David Hajdu is the longtime music critic for The New Republic and a professor at the Columbia Graduate School of Journalism, where he teaches a seminar in arts and culture.  He is the author of four books, three of which were finalists for the National Book Critics Circle Award: “Lush Life: A Biography of Billy Strayhorn,” “Positively 4th Street: The Lives and Times of Joan Baez, Bob Dylan, Mimi Baez Farina and Richard Farina,” and “Heroes and Villains: Essays on Music, Movies, Comics and Culture.”  He has lived in Manhattan since 1974, when he came from New Jersey to attend NYU.