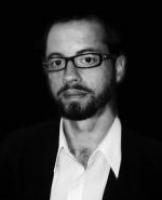 ” 'A Confederacy of Dunces'  by John Kennedy Toole.  I found this book to be an elegant blend of comedy and philosophy, simultaneously poignant and downright funny.

“'Three Men in a Boat (to Say Nothing of the Dog)' by Jerome K. Jerome was published in 1889, but great comedy never fades. For me, their antics represent the precursor to the three stooges. Hysterical.

“'A Confederacy of Dunces,' Pulitzer winner by John Kennedy Toole – celebrating the eccentricities of New Orleans (where I lived for ten years) and in doing so, throwing light on universal human foibles.”

“My favorite is 'A Confederacy of Dunces' by John Kennedy Toole, first published in 1980 and a Pulitzer Prize winner in 1981. It's a raucous tale of the bumbling Ignatius J. Reilly, a social misfit who wreaks havoc in the New Orleans French Quarter.”