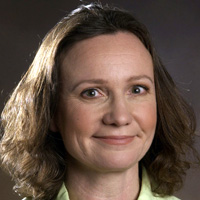 The dude writing a screenplay who insists on referring to “Bobby DeNiro.” The colleague too cheap to tip the waitress, forcing everyone else to cover his share at lunch. The illicit couple, copulating after hours, “on desks we hope to god were not ours.”

We in office world know these people. We work with them. But Joshua Ferris surpasses Dilbert and “The Office” in making us cackle in recognition. His wicked novel plumbs the nuances of workplace humiliation, soaring entitlement, goofy pranks, busy-making maneuvers, low-grade venality and ever-present schadenfreude.

How I wish Karl Marx was alive to absorb this report from the workaday cubicle, set in a Chicago advertising firm in the 1990s just as the dot-com bubble bursts. How stunned the great theorist would be at what has become of his dialectic of class struggle.

Ferris, himself a veteran of a Chicago ad agency,  writes more enjoyably than Marx. His novel reads like a dispatch about an exotic tribe evolved out to the edge of absurdity. His is a decidedly indoor book, flooded with “purgatorial” office light, set among dusty, fake plants, bad art and “pictures in cheap frames of our fat parents on vacation.”

As the story progresses, the types deepen into characters, and the characters become capable of surprising us. Slowly, despite itself and with very mixed motives, the tribe emerges out of grubby vulnerability into a kind of crackpot dearness.

Ferris knows that a good haircut can jump its owner three income levels and that corporate marketers smell of competing aftershave. But how, I wondered, is he so shrewd to know that the single boss – she of the intimidating shoes and self-abnegating diet – will pause to consider the life she didn't pick, out in the suburbs, “putting dinner plates in the dishwasher. Have you finished with your homework? Should I take the car in tomorrow?”

“Then We Came to the End,” a title Ferris mined from Don DeLillo's novel “Americana,” has its flaws. It is overlong and sags in its midsection. A digression over an unwieldy totem pole adds little. Still, the story's climax is a doozy of “Oh my god, oh my god” moments, as one character keeps repeating.

When the callow, pampered ad staff comes up against its existential moment, it finds itself ill-prepared:

“We were stuck in the dark ages of luxury and comfort. How could we be expected to break out of it, we who were overpaid, well insured and bonanza'd with credit, we who were untrained in the enlightened practice of putting ourselves second?”

The answer is contained in mortality, and the lesser forms of ending. By telling his story in the “we” voice, Ferris captures corporate-speak, and does something subtler – he enters his readers' heads and pulls us deep into his wild and subversive tale.  Everyone I have given it to has reported having a rich, head-clearing laugh.