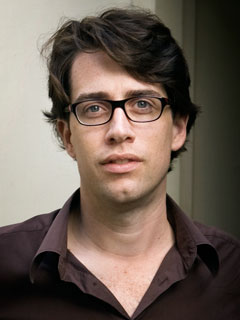 Graham Greene's “Travels with My Aunt” is not only hilarious,  it even takes place in Paraguay, at least partly. Paraguay is  the only country where Chaco Indians speak a dialect of German and the Korean shopkeepers chat in Guaraní. “Yes, it's very peaceful,” my aunt said [in Asunción], “only an occasional gun-shot after dark.”

Here's a panorama of Asunción that I bought in an auction in Brazil recently:

Benjamin Moser is a Contributing Editor to Harper’s Magazine and a regular contributor to publications in the United States, Brazil, and the Netherlands. He has published translations from the Dutch, French, Spanish, and Portuguese and is the author of "Why This World: A Biography of Clarice Lispector," a 2010 Finalist for the National Book Critics Circle Award.