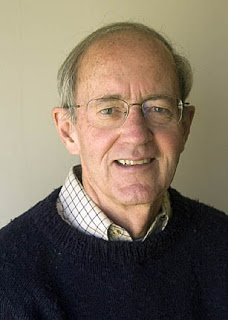 Today's posts will focus on Frederick Crews' “Follies of the Wise: Dissenting Essays,” a finalist for the 2006 National Book Critics Circle award in criticism.

The purpose of an education is to equip a person to make sense of her world, to give him the tools developed over centuries to make the mind as focused as a laser, as methodical as forensics gathering, as observant as a stranger traveling through new lands. In the collection “Follies of the Wise: Dissenting Essays,” Frederick Crews proves the wide worth of such an education in 19 essays, in which he dissects such long-treasured fallacies as the scientific worth of psychoanalysis, repressed memories, UFO testimonials, as well as tackling many unquestioned assumptions about literary criticism and American Buddhism.

Crews, who taught at UC Berkeley for 36 years and is perhaps best known for his essays in the New York Review of Books, is a shining example of the power of critical thinking. As he admits in these essays, especially those pertaining to areas of science, he does not bring any expertise to bear on these subjects beyond a supremely rigorous, logical, inquisitive approach to thinking. He researches all he can to comment intelligently on various debates, and where there is no clear answer to be found among those more well-informed than he on these matters, he offers none. Rarely does one find such modesty in such a muscular analytical mind.

And most important, Crews can convey his thinking in concise, often elegant prose — elegant because the writing mirrors so well the way he develops a line of thinking and goes about proving or disproving a point. Here is Crews writing about the common theme of the essays, and indirectly explaining the title of his collection:

“This book means to suggest … that there is no such thing as deep knowledge, in the sense of insight so compelling that it needs no validation. There is only knowledge, period. It is recognizable not by its air of holiness or its emotional appeal but by its capacity to pass the most demanding scrutiny of well-informed people who have no prior investment in confirming it. … If knowledge can be certified only by a social process of peer review, we ought to do what we can to foster communities of uncompromised experts. That means actively resisting guru-ism, intellectual cliquishness, guilt-assuaging double standards, and, needless to say, disdain for the very concept of objectivity.”

As can be inferred from above, what Crews does in “Follies of the Wise,” besides shaking the foundations of psychoanalysis, is make clear the power of such objectivity, and thus championing this approach to understanding our world, which is the true value of Western civilization.