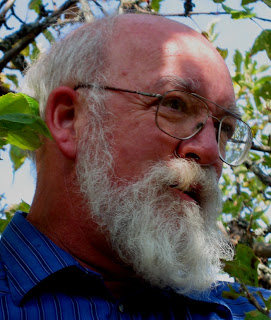 Guess Mr. Dennett's discipline and we might find an extra copy of the paperback for you.

Along with Richard Dawkins' The God Delusion, Sam Harris's Letter to a Christian Nation and other books aimed at restoring an Enlightenment slant — “spirit” would be the wrong word — to reflection on religion, Dennett's Breaking the Spell: Religion as a Natural Phenomenon forms part of what Wired magazine has called “atheist chic.”

But the renowned Tufts University philosopher of consciousness deserves less branding, and more appreciation, for his emphasis on methodology over final positions. “For many people,” Dennett writes, “nothing matters more than religion. For this very reason, it is imperative that we learn as much as we can about it. That, in a nutshell, is the argument of this book.”

Making clear why he rejects more familiar alternatives, Dennett defines religions as “social systems whose participants avow belief in a supernatural agent or agents whose approval is to be sought.” He says he won't respect their “traditional exemption from certain sorts of analysis and criticism,” and he keeps his word. It is, Dennett submits, “high time that we subject religion as a global phenomenon to the most intensive multidisciplinary research we can muster, calling on the best minds on the planet.” The spell that “must be broken is the taboo against a forthright, scientific, no-holds-barred investigation of religion as one natural phenomenon among many.”

On his trip through animism, shamanism, primitive tribal folk religion, sophisticated world religions of later eras (and their sanctioned superstitions), and evolutionary biology and psychology, Dennett examines the high moral cost of religious belief and provides distinctly unpopular material to an America where more than 90 percent in most polls testify to belief in God. His attack on the rational foundations of world religions, most of which, Dennett points out, can't be true, since their fundamental tenets contradict one another, ought to be required reading in high schools.

Many religious “believers,” Dennett argues — and he doesn't mean just politicians at Sunday morning services — don't so much believe in the metaphysical claims of their chosen religion as commit to a “belief in belief.” Most Christian believers in God couldn't articulate the Ontological or Cosmological proofs for God that are advanced in Christian tradition.

Breaking the Spell triggered various distortive, ritual moves from reviewers, some excellent specimens of the believer reflexes Dennett predicted would greet his book. One can argue against and even refute some of Dennett's assertions. But the glory of Breaking the Spell is that it declares argument, evidence and logic to be concepts applicable to religion, whose protections against all three range from legal systems to believer sloth to misguided intellectual etiquette. Superior criticism means, at the least, nervy, well-supported analysis of the shibboleths of so-called common sense. By that standard, Dennett produced one of the year's lasting works.