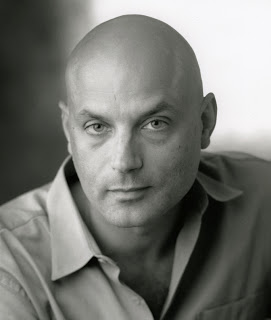 Today's post focuses on “The Lost: A Search for Six of Six Million,” by Daniel Mendelsohn (HarperCollins), a finalist for the 2006 National Book Critics Circle prize for autobiography.

To NBCC insiders, Daniel Mendelsohn is best known as a recent winner of the Nona Balakian Citation for Excellence in Reviewing, an award he accepted with wit and grace at the annual awards ceremony. In his memoir, “The Lost: A Search for Six of Six Million,” Mendelsohn displays the same critical thinking skills that brought him the reviewing prize. But the writer you meet in “The Lost” is introspective and asking questions too large to be answered. In his quest to uncover the fate of six Polish relatives who died in the Holocaust, he's dealing with the ghosts of memory and the complicated web of his own family.

By the time Hitler and Stalin agreed to split Poland, most of Mendelsohn's family had dispersed to America or Palestine. But one of his grandfather's cousins, Shmiel Jager, had actually returned from the U.S. to the small Polish village of their ancestors, deciding he preferred to be a “big fish in a small pond.” So he was — until the war brought first the hard fist of the Soviets and then, worse, the death grip of the Nazis. His pleas for help to Mendelsohn's father came too late. Jager, his wife, and their four daughters all perished.

The drive to discover precisely what happened to each of them takes Mendelsohn around the world in search of survivors from the same small village as his relatives. He weaves in classical allusions and, most important, biblical commentaries. “Am I my brother’s keeper?”: It’s a question that echoes through the book as the author probes both the riddle of human nature and the horrible fate of six of the six million who died in the Holocaust.