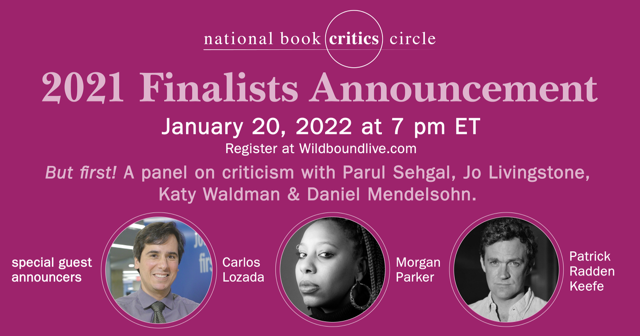 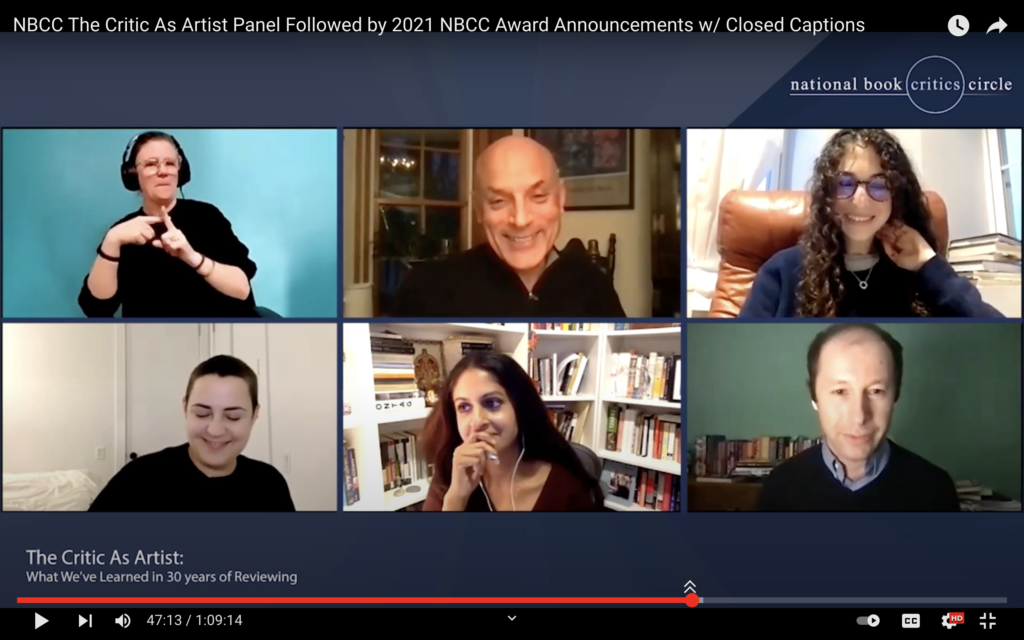 Please join President David Varno and the National Book Critics Circle Board of Directors for a virtual panel celebrating the 30th anniversary of the Nona Balakian Citation for Excellence in Reviewing followed by the announcement of the Balakian award by 2015 winner Carlos Lozada and of the finalists for our 2021 awards by previous winners Morgan Parker (Poetry) and Patrick Radden Keefe (Nonfiction). You can register for this free event here.

The Critic As Artist: What We’ve Learned in 30 years of Reviewing

How have critical standards shifted in the past three decades? What considerations must a reviewer include in an assessment of a book? How has the craft of criticism evolved? A conversation among winners of NBCC’s Balakian Award for Excellence in Reviewing, first awarded in 1991, moderated by NBCC president David Varno.

Remarks on Nona Balakian by poet Peter Balakian, her nephew.

The 2021 Award Winners and Announcements:

About the National Book Critics Circle

The National Book Critics Circle (NBCC), a tax-exempt 501(c)(3) organization, honors outstanding writing and fosters a national conversation about reading, criticism, and literature. It was founded in 1974 to encourage and raise the quality of book criticism in all media and to create a way for critics to communicate with one another about their professional concerns. It consists of more than 700 active book reviewers, plus approximately 200 student members and supporting friends.