The Art of Reviewing Literature in Translation 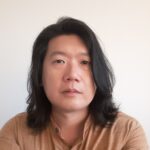 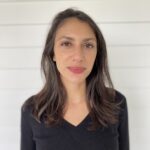 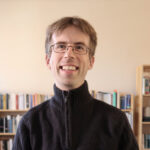 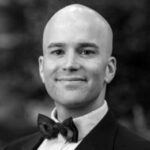 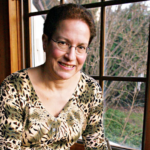 The National Book Critics Circle is pleased to announce that it will be launching a new prize for work in translation starting with the 2022 publishing year. The Gregg Barrios Book in Translation Prize will honor the best book of any genre translated into English and published in the United States.

In honor of the new prize, on Sunday, November 21, at 1 p.m. Eastern Time the National Book Critics Circle will hold a panel with literary translators and critics, discussing strategies for book critics reviewing a work in translation.

Jeremy Tiang is a novelist, playwright and translator from Chinese. Originally from Singapore, he lives in New York City.

Emma Ramadan translates books of all genres from French. She is the recipient of the PEN Translation Prize, the Albertine Prize, an NEA Fellowship, and a Fulbright for her work. Her recent translations include Abdellah Taïa’s A Country for Dying, Kamel Daoud’s Zabor, or the Psalms, and Anne Garréta’s In Concrete.

Samuel Martin is a co-editor of Hopscotch Translation and teaches French at the University of Pennsylvania. He has translated works by several contemporary writers including Jean-Christophe Bailly and Georges Didi-Huberman; his translation of Didi-Huberman’s photo-essay Bark was a co-winner of the French-American Foundation Translation Prize and was longlisted for the PEN Translation Prize.

Kevin Blankinship is a professor of Arabic at Brigham Young University and a contributing editor at New Lines Magazine. He has written about books and culture for The Atlantic, The Los Angeles Review of Books, Foreign Policy, and more. His translations from Arabic have appeared in  academic journals as well as ArabLit Quarterly and the Ithra Cultural Center in Saudi Arabia. He tweets as @AmericanMaghreb.

Shelley Frisch’s translations from German, which include biographies of Friedrich Nietzsche, Albert Einstein, Leonardo da Vinci, Marlene Dietrich/Leni Riefenstahl (dual biography), and Franz Kafka along with many other works of fiction and nonfiction, have been awarded numerous translation prizes, including the Modern Language Association’s Aldo and Jeanne Scaglione Prize and the Helen and Kurt Wolff Translator’s Prize. Her translation of Peter Neumann’s Jena 1800, for FSG, will be published in February, and the following month will see publication, by Princeton University Press, of The  Aphorisms of Franz Kafka.

Discussion will be moderated Tara Wanda Merrigan, NBCC board member and chair of the NBCC’s Translation Prize Working Group.