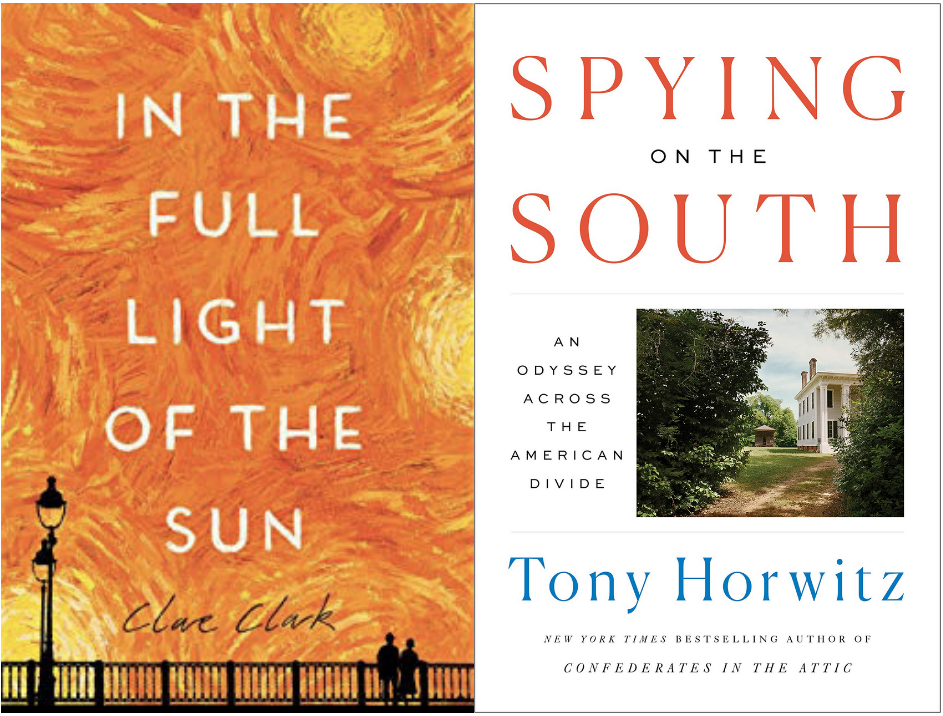 A historical novel and a nonfiction narrative each put their own stamp on the past with mixed results, according to NBCC member critics. In a review of Clare Clark's In the Full Light of the Sun for the Forward, Julia M. Klein calls the novelist's method a “buffet approach to mining history.” At the Washington Times, Philip Kopper writes that Tony Horwitz's Spying on the South is “vintage Horwitz. Awkwardly long, magisterially researched and curiously intimate, it is rich in delicious tangents and mind-bending excursions into cul-de-sacs of Americana — from contemporarily absurd to historically heinous.”

Meanwhile, the reviews for Colson Whitehead's The Nickel Boys keep rolling in. On Fresh Air, Balakian winner Maureen Corrigan called it a “great American Novel,” while Zack Graham reviewed The Nickel Boys for or his Epiphany column, Allen Adams covered it for the Maine Edge, and Colette Bancroft interviewed the author for the Tampa Bay Times.

Jeannine Hall Gailey reviewed Jericho Brown's The Tradition in Barrelhouse, calling it “his most powerful, and his most technically accomplished” collection of poems to date.

Katharine Coldiron's work includes an interview with Costalegre author Courtney Maum at Bomb, an essay comparing David Shields's The Trouble With Men with Erica Garza's Getting Off at Vol. 1 Brooklyn, and an interview with The Last Englishman author Deborah Baker at Cagibi Lit.

Ann Harleman's review of The Need by Helen Phillips appeared in the Boston Globe.

Paul Gleason reviewed Joseph Sternberg's The Theft of a Decade: How the Baby Boomers Stole the Millennials' Economic Future in Pacific Standard.

Alexandra Enders reviewed Hymn to Apollo: The Ancient World and the Ballet Russes, on view at NYU’s Institute for the Study of the Ancient World with an accompanying catalog from Princeton University Press for NYRB Daily.

Chuck Greaves reviewed Ruchika Tomar's A Prayer for Travelers in the July issue of the Four Corners Free Press.

C. Joseph Greaves' third novel, Church of the Graveyard Saints (Torrey House Press), has been selected as the inaugural 2019-2020 title for the Four Corners/One Book regional community-wide reading program for the Southwestern U.S. cities of Montrose, Cortez, Bayfield, Dolores, and Mancos (Colorado) and Moab (Utah.)  It will be in bookstores in September of 2019.